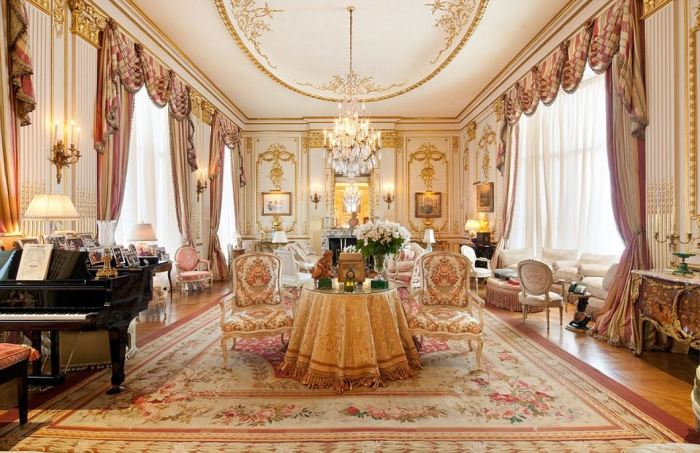 Late comedian Joan Rivers lived an interesting life – a glamorous and a loud life. She also lived large in a triplex penthouse on Fifth Avenue with Central Park views. About her 24,508 square-feet apartment which she once famously claimed “this is how Marie Antoinette would have lived if she had money,” is so opulent and extravagant even former Libyan strongman Muammar Gaddafi wanted to rent it during his NYC stay for UN General Assembly. In addition to floor-to-ceiling windows, the penthouse boasts two master bedrooms, gold pillars, wood floors, wood burning fireplaces and a gourmet eat-in kitchen. 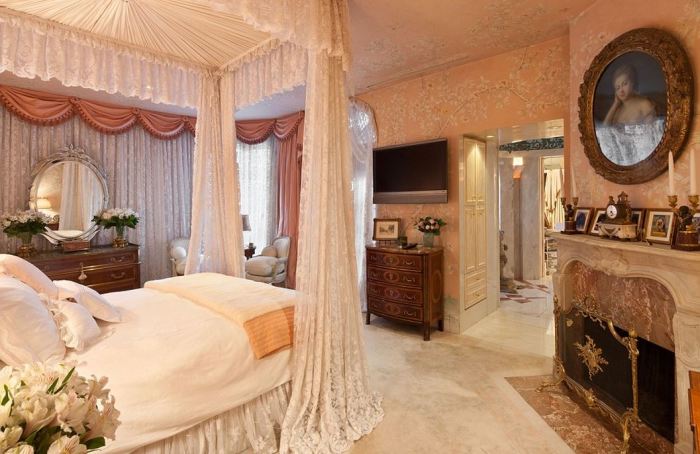 As customary with any lavishly decorated home, Joan’s penthouse features a four poster bed wrapped in white lace in her Renaissance-themed bedroom. Other details of the apartment include leopard print carpets, deep red chairs and a bathroom that resembles the backstage of a theater. It also boasts numerous sitting areas.

Rivers who bought the triplex in the 1980’s, converted it into the gilded apartment today. The limestone building itself was built in 1910 by Philadelphia architect Horace Trumbauer for businessman John R. Drexel and his socialite wife Alice Troth Drexel. In the 1930’s the mansion was converted into an apartments. Other well-known personalities to call the building home at one point or another include Ernest Hemingway and Bette Midler. 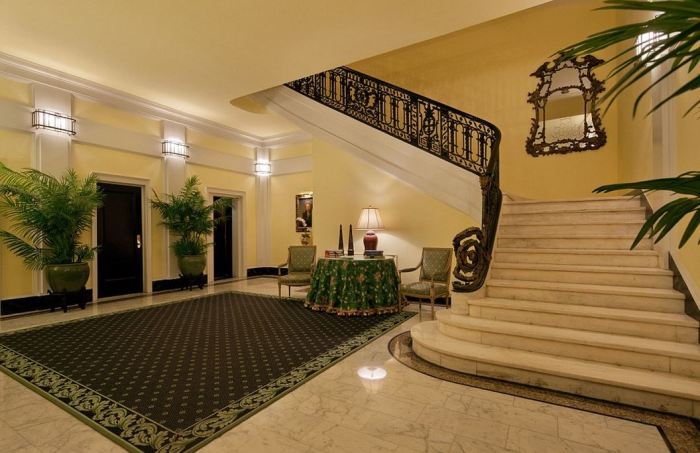 As much as she loved her gilded apartment, Joan tried to unload it several times since 2009 with the hope of moving to the West Coast. It was listed with an asking $29.5 million price tag in 2012 and in 2009 listed it for $25 million. Some estimate it to worth at least $35 million in current real estate market. 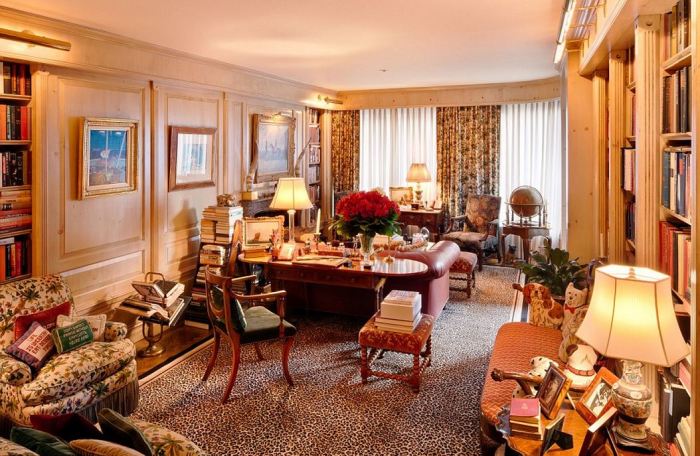 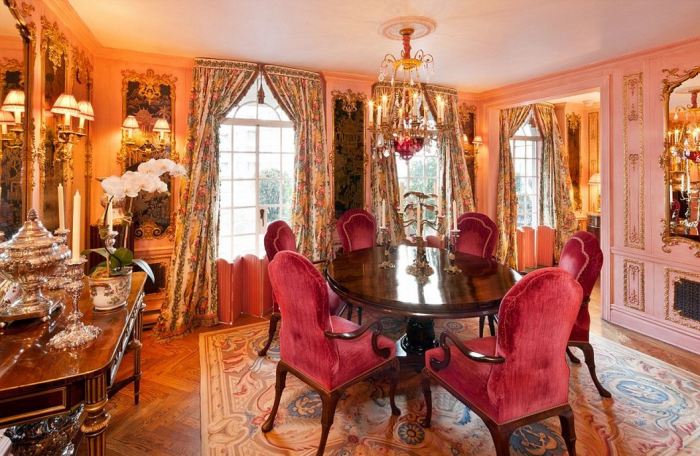 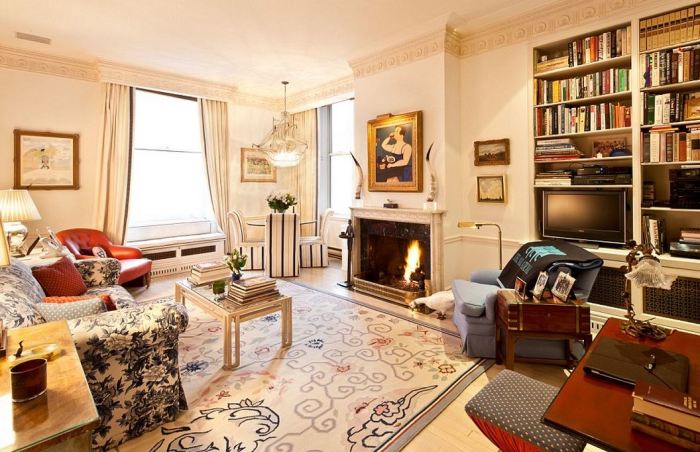 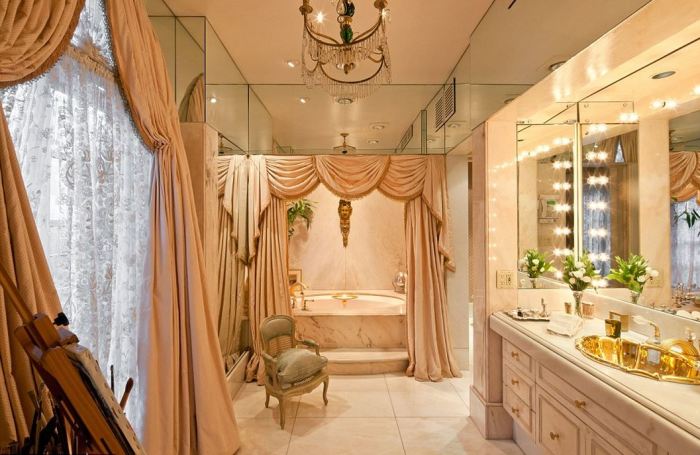 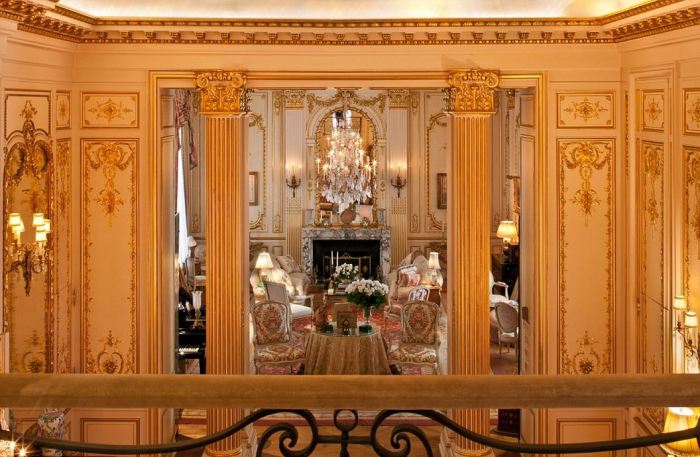 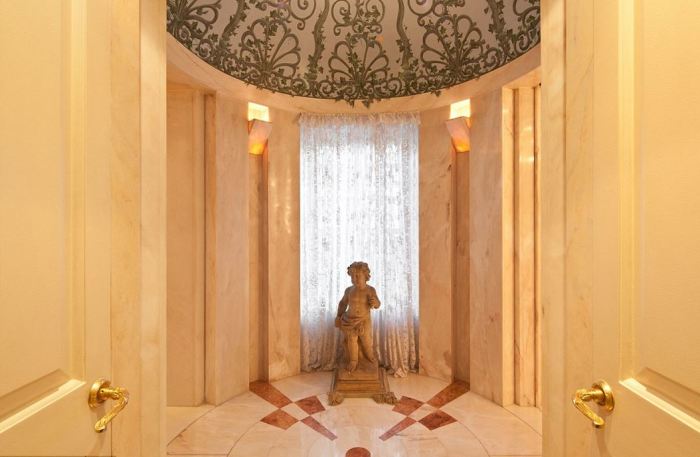 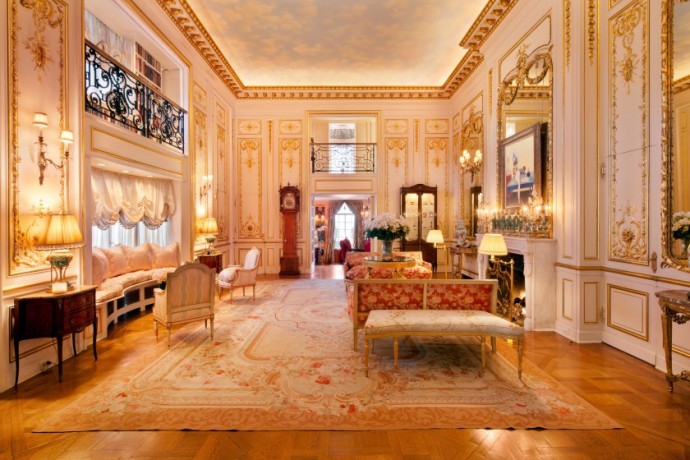 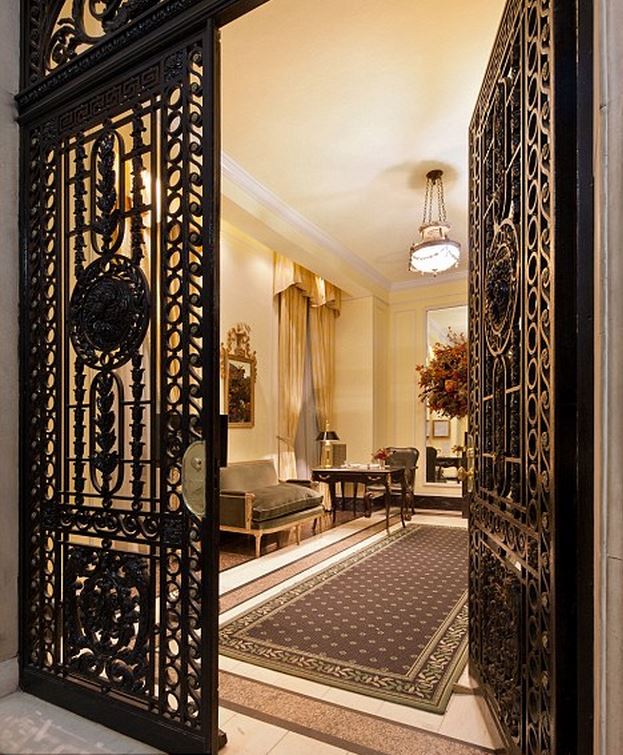