No trains this time around. This year’s Harrods Christmas windows themed The Land Of Make Believe came to life this week with magical mice Peter Pumpernickel taking the center stage. Tiniest mice in the world, Peter arrived at Harrods to help Father Christmas and his group of uniformed helpers transform the store for the festive season. But Peter is of no use because he is too tiny, that was until Christmas lights in front of the building fail. 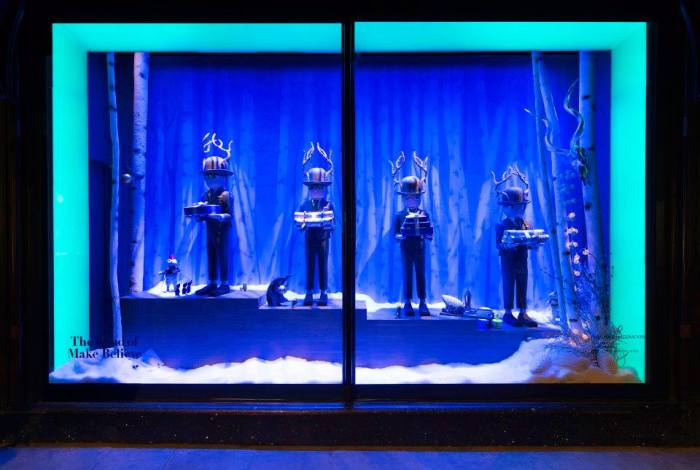 Peter help save the day for Father Christmas and this is the main story behind festive windows. The accompanying video of the story shows Father Christmas seeking Peter’s help to fix lights. Peter is small enough to fit into a hole that takes him to the lights outside the building. Peter climb through the hole and fix the light bulbs to light up Harrods again. The story ends with Peter and Father Christmas watching the lights as the snow begins to fall over London. 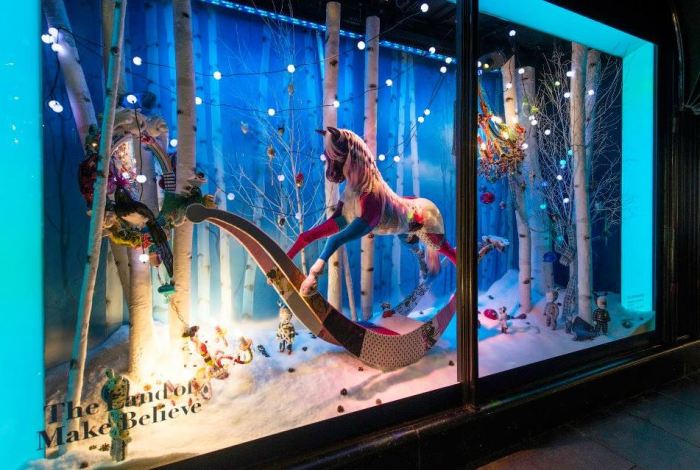 Squint, the furniture brand famous for making all things quirky has a window of their own. They decorated it with a vibrant patchwork rocking horse. 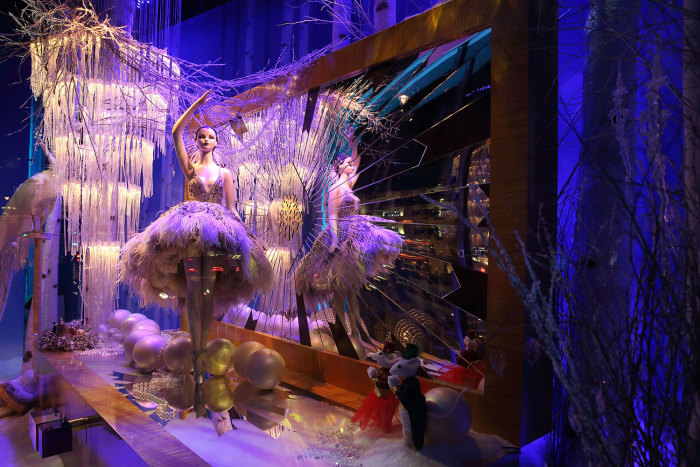 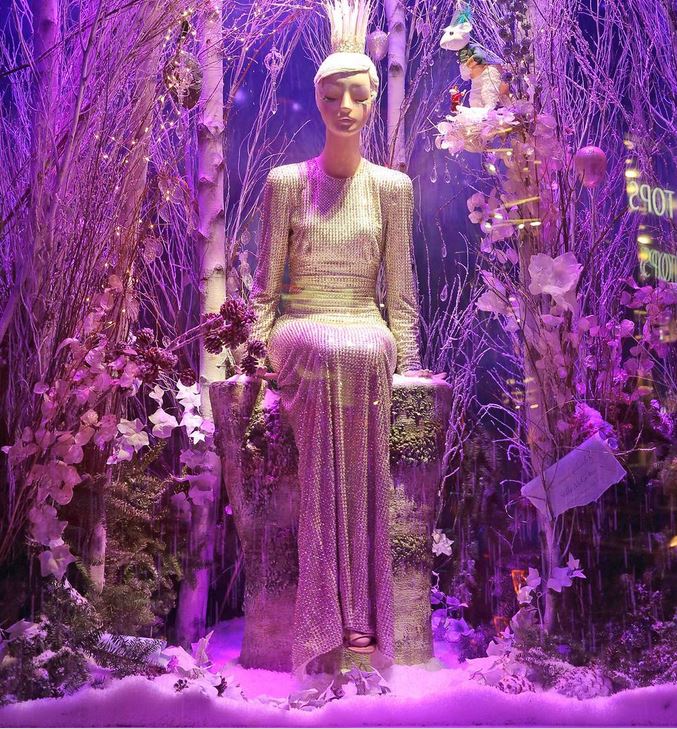 Stella McCartney’s contribution to the festive windows is a modern-day snow queen in a giant snow globe and dressed in a glittering, one-of-a-kind gown.

A common feature among The Land Of Make Believe Windows is a troupe of mice dressed in red and green uniforms. They run throughout windows to help Father Christmas collect toys. It is not all work for them, the mischievous lot can be seen cue abseiling displays, play games of hide-and-seek, and trombone-playing. 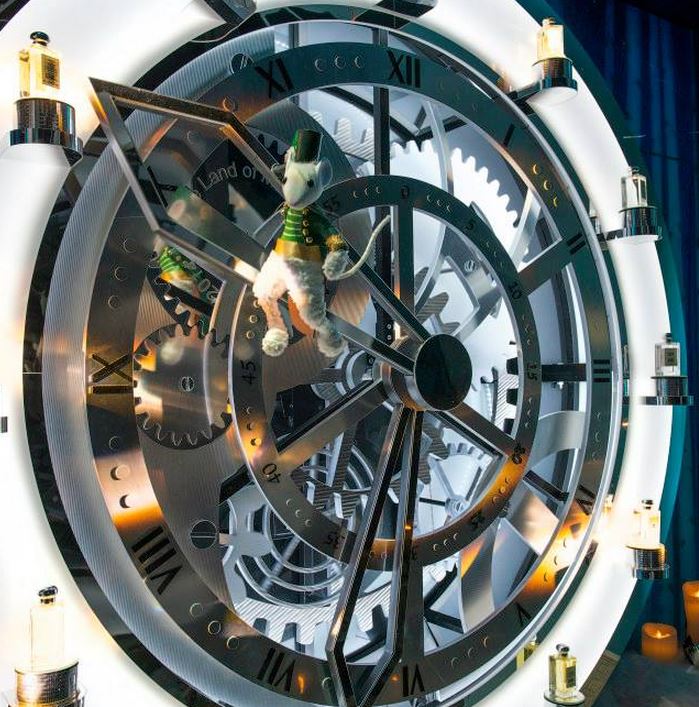 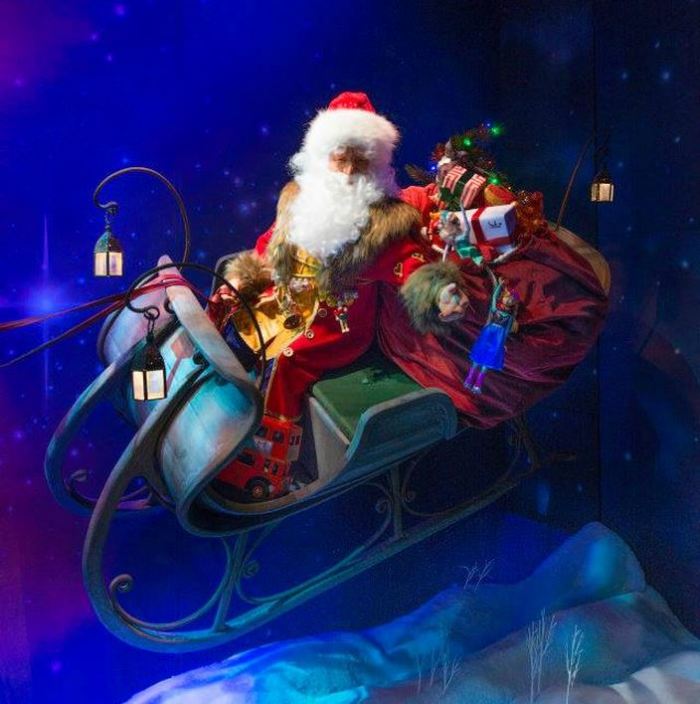 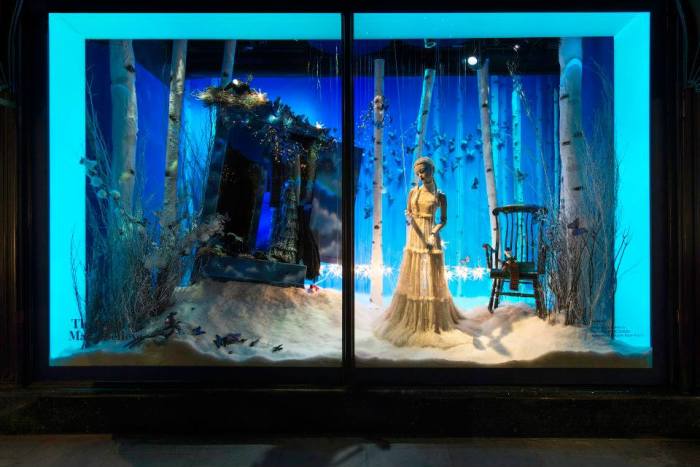 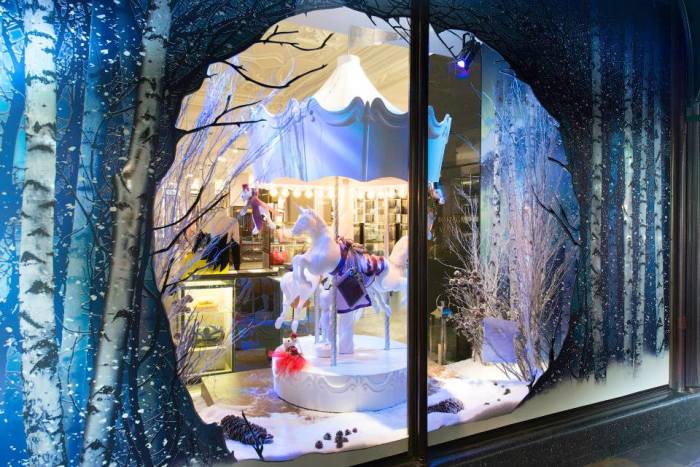 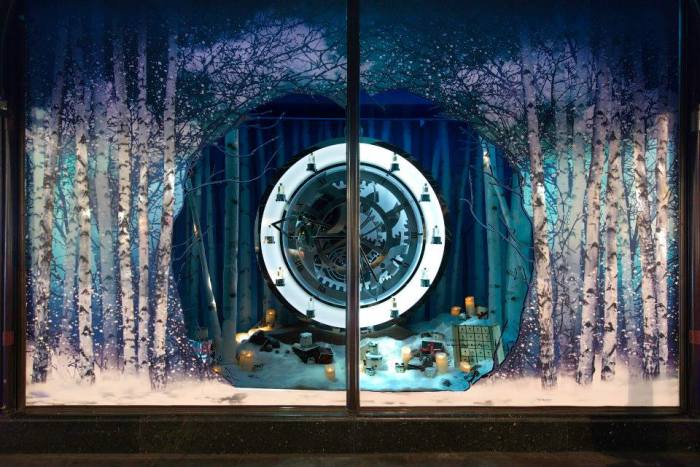