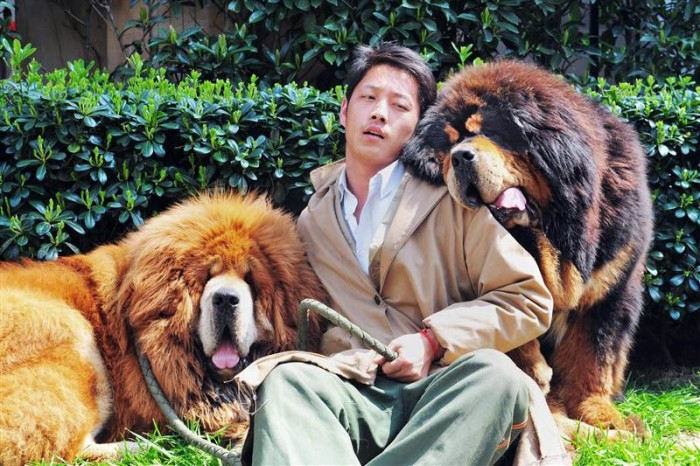 There are puppies you can get for nothing, from a shelter, and then there are mastiffs you have to shell out something, as in millions to get one. In China, there is a market for high-end hounds such as golden haired Tibetan mastiff, reports say one has been recently sold for 12 million yuan which translates to rest of the world as $2 million. Tibetan mastiffs are another one of status symbols for China’s nouveau riche. The strong and beautiful Tibetan mastiffs are one of the oldest breed of dogs and they are well known for their long coats.

In everyone’s book this dog qualify as a luxury item, as such it was indeed sold at a luxury pet fair in the eastern province of Zhejiang on Tuesday. Lucky buyer was a property developer as told by the breeder.

This is one talkative breeder, he also told the newspaper the mastiff has “lion’s blood,” and are revered in the same was as “nationally treasured pandas.” Another one of the same breed was previously sold for 6 million yuan. Breeder Zhang Gengyun told Chinese newspaper Qianjiang Evening News “”They have lion’s blood and are top-of-the-range mastiff studs.” It was 31 inches tall and weighed close to 200 pounds.

NBC News reported in 2011, an 11-month old puppy named “Big Splash” fetched $1.5 million, a record that stood until this week.