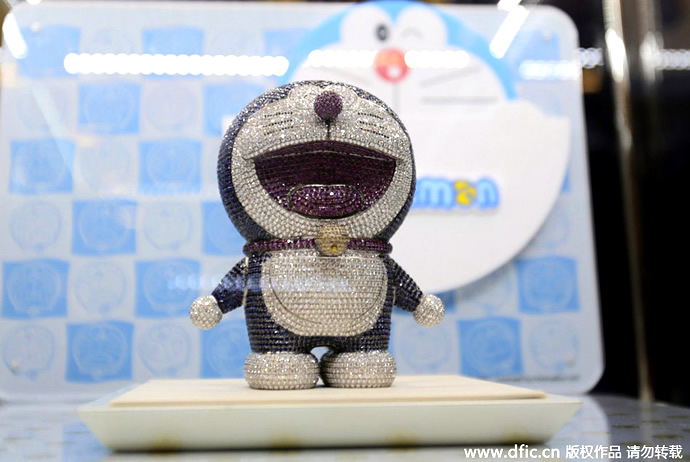 Japanese manga cartoon character Doraemon is a favorite among Asian kids. There is even a Hindi version of the comedic robot cat’s show in India. Recently China’s young fans had a pleasant surprise when they visited the World Trade Plaza in Hunan a city in central China, a handmade blinged version of a pint sized Doraemon made from 40 kilograms of pure platinum was on display there. Studded with a staggering 2342 diamonds, 861 rubies and 4074 sapphires, valued at $1.28 million this is the most expensive Doraemon ever.

It took the designer eight months to finish the whole work, however no details available on the creator of this Doraemon. 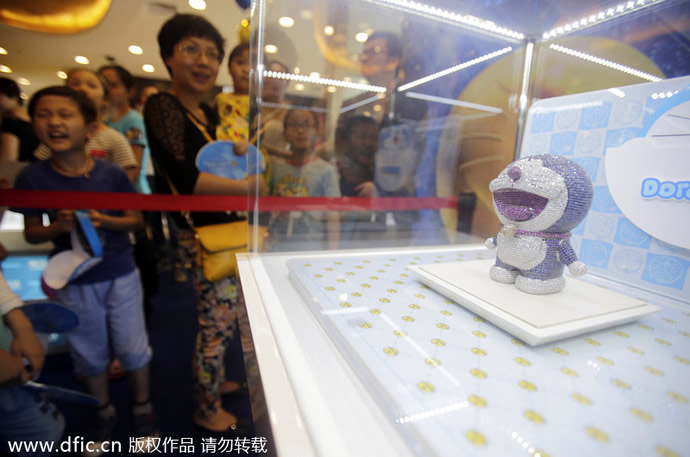 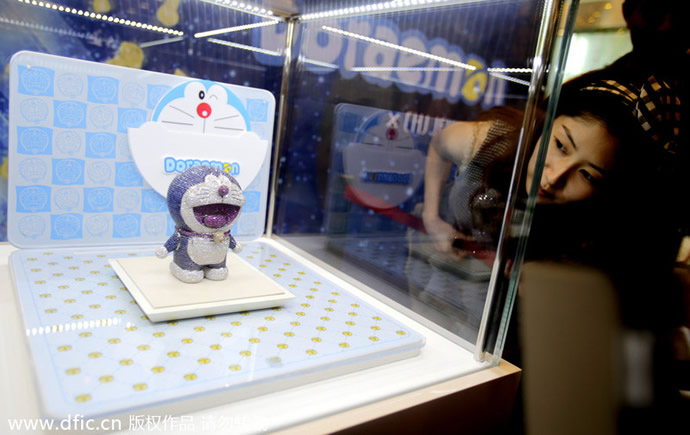 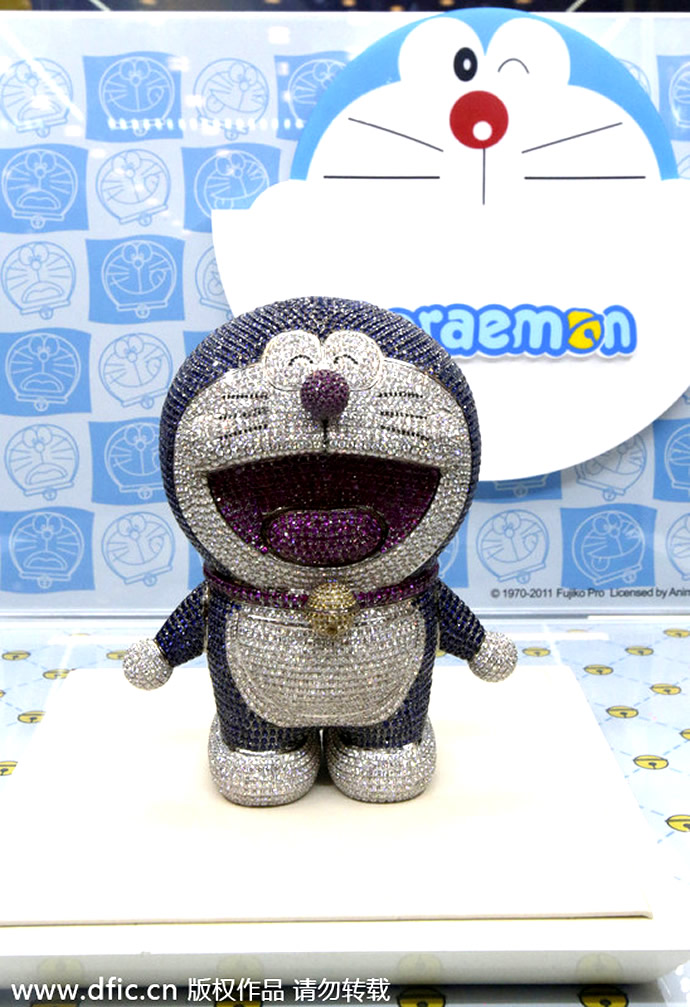 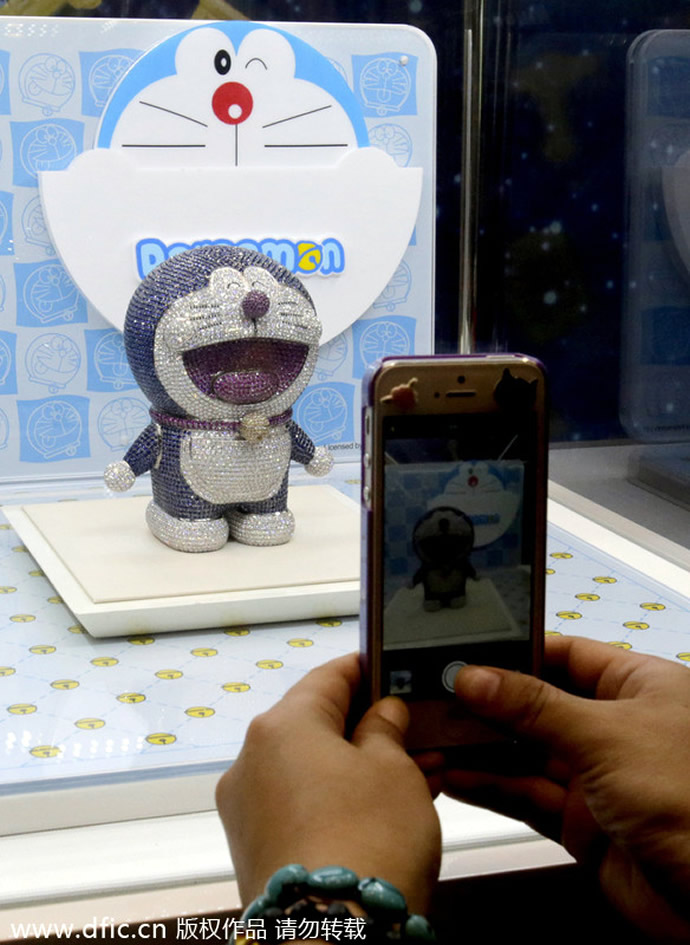