Materials used for components are made of the same that is used for the Lexus LFA, Toyota’s high-end sports car model. According to knowledgeable sources, Toyota hopes to improve their brand image by marketing luxury bicycles built with technology as cars.  Shimano Inc, Japan’s premier bicycle parts maker has made the transmission and wheels for Lexus bicycle. Rumor has it bicycle can be used for racing. 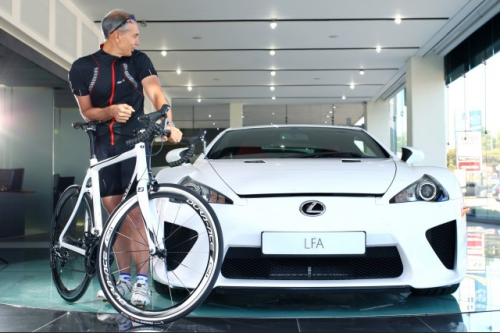