Cigars come in different sizes, aromas, flavors and even shapes (no, there are no square cigars yet!). Smoking cigars is different than smoking cigarettes, in quality and in price. Best cigars in the world carry hefty price tags, that only rich can afford a good smoke. Cuba lead the way in producing best cigars, but there are other countries that produce classic cigars. Here is a list of world’s top 5 most expensive cigars. 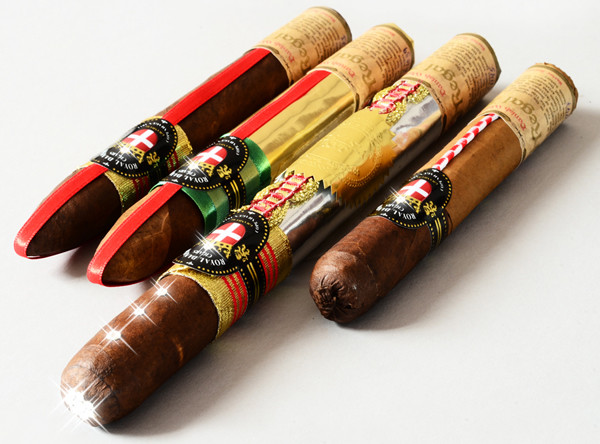 Royal Danish Cigars’, King of Denmark cigar, is no small feet. Standing long at 9 inches, it comes decorated with 10 Swarovski crystals. Hand-rolled Regal Blend tobacco leaf cigars are produced in batches of only 30 cigars a day. Gold foil wrapped cigars then get embossed with buyers name. Giving a final touch, the cigar is then put in a personalized Scandinavian designed humidor with a 24 karat gold plated sterling silver royal crown on the top. Total cost of a box of 60 is $4,500. 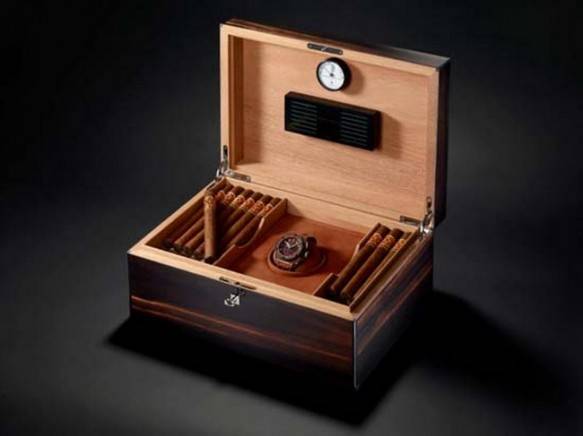 Fuente Don Arturo AnniverXario was made in 2001 to celebrate Arturo Fuente Cigar Companies 100th anniversary. Company was founded by Carlito Fuente’s grandfather Arturo back in 1902. Cigars are made from Chateau de la Fuente wrapper leaves. Though made in 2001, Arturo cigars never got released until 2008, aged 7-years. Each Prometheus made humidors comes with 96 cigars in Natural and Sun Grown flavors. Cost of box with 96 cigars $7,500.

As cigar aficionados know, Opus X “A” is one of the rarest cigars of the world. Opus X’s  filler, binder, and wrapper all  produced in the Dominican Republic, which is rare and extremely difficult to do. A very smooth cigar with a small hint of spice, with a rich and robust flavor. Fuente Opus X cigars have a silky, Rosado wrapper that is grown on Chateau de la Fuente plantation. The 9.2 inches long cigar has a 43 inch ring. The Arturo Fuente Opus “A” is sold as a single stick when in stock, online or at cigar stores worldwide. Price is $79 per stick. 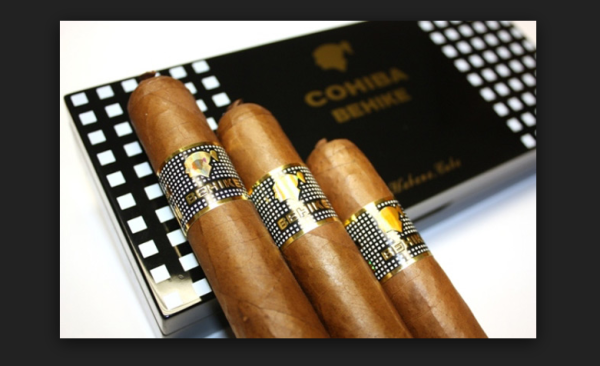 Cohiba, Cuba’s most famous cigar brand introduced Behike back in 2006. A very limited edition cigar, since its introduction only a 100 plus boxes were ever sold. Behike tobacco has been grown and blended at the El Laguito Cohiba Factory. Varieties used come mostly from Pinar del Rio and Vuelto region in Cuba. The Cohiba Behike measures 7.5 inches long and has a 52-inch ring size. A box Behike contains 40 cigars and a humidor made in France by Elie Blue. A box cost $18,800. 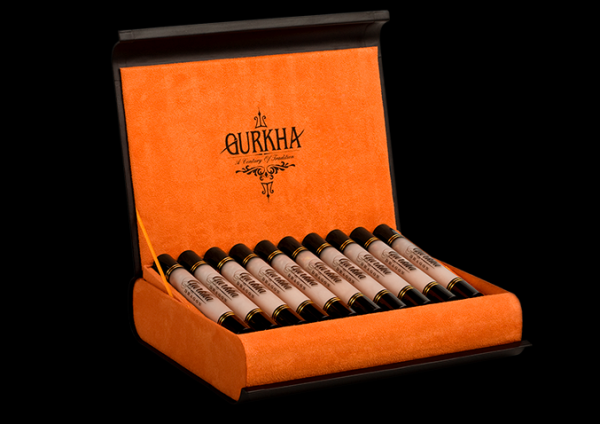 The most expensive cigar in the world. Cigar is made of Connecticut Broadleaf Maduro wrapper, Cameroon binder and Dominican filler, both aged for 5 years. Gurkha Black Dragon is 8.5 inches long and has a 52 inch ring size. Each cigar individually packaged in delectable frosted tubes and housed in beautiful 20-count leather boxes with layers of orange velvet. A box of 20 carries a price tag worthy of world’s most expensive and rare cigar, $23,000.