The ongoing “The Treasure of Naples,” exhibition in Rome is a collection of jewelry, golden chalices and silver statues dating back to 1305. According to Emmanuele Emanuele, the head of the Rome Foundation organizing the exhibition, Naples collection is historically and artistically worth more than the British crown jewels and Russian imperial crown combined. The Rome exhibition marks the first time treasures ever to put on display outside of Naples.

The collection originates from donations made to Saint Januarius, Naples’s patron saint. The treasure was kept protected from wars or pillaging by a commission set up in Naples in 1526 after a plea to Januarius to save the city from cholera and Vesuvius earthquakes. Some of the items were donations from kings, queens, and even popes. All asking for favors from Saint Januarius. This includes a diamond and emerald cross donated by Napoleon, as well as sapphire and gold crosses, rings and brooches donated by King Vittorio Emanuele II, Queen Maria Carolina of Austria and others. Pope Pius IX in 1849, during an attack on the Papal States, took refuge in Naples and donated a solid gold chalice. 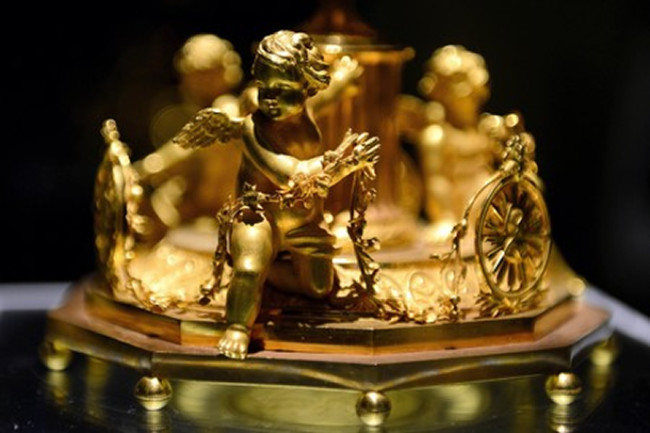 Notable items on display include a stunning bishop’s Mitre made by master jeweler Matteo Treglia, encrusted with 3,326 diamonds, 164 rubies, and 198 emeralds, it was designed to crown the Saint Januarius statue during processions in 1713. Another is a large necklace made up of jewel-studded crosses dating back to 1679.

San Gennaro, known in English as Saint Januarius, the bishop of Naples was martyred in the 3rd century and remains popular among Catholics worldwide. The exhibition runs from October 30th to February 16th, 2014 at the Rome Foundation. 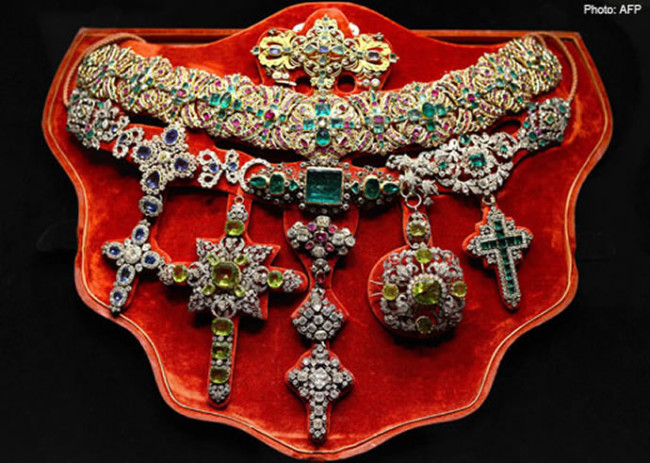 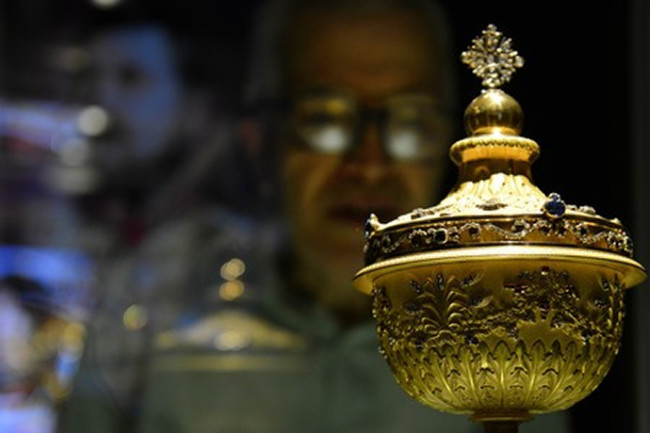 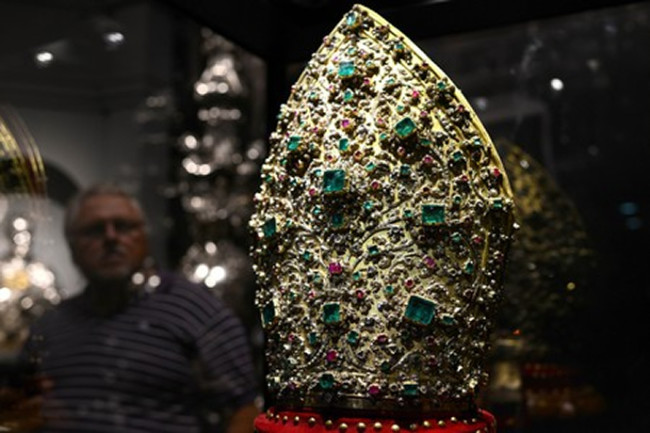 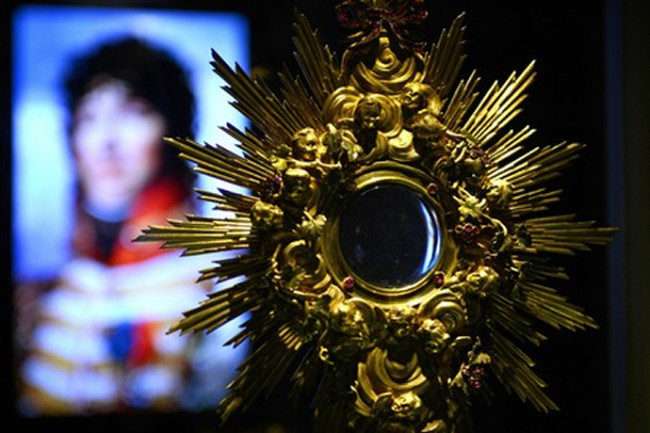 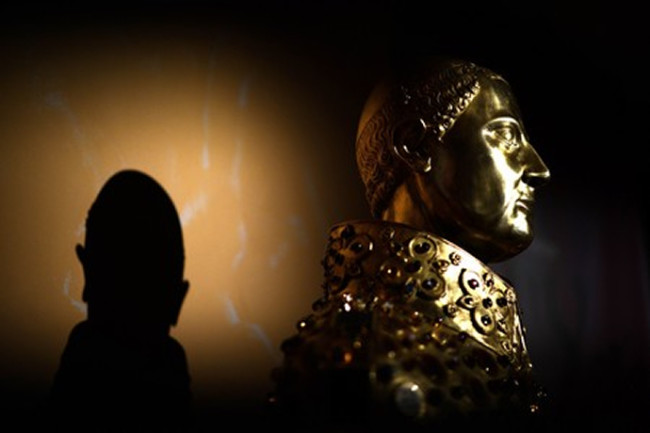 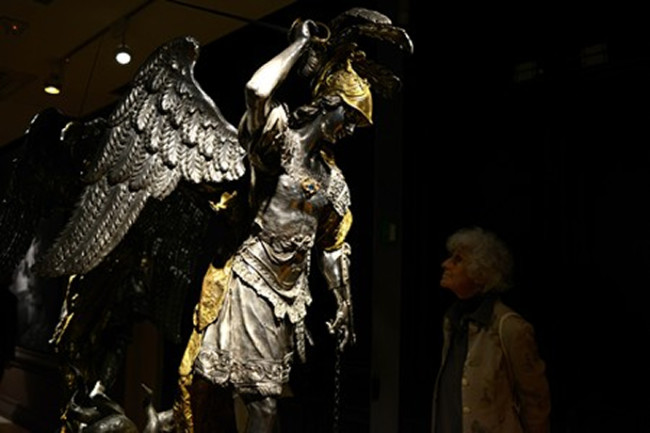