Artists and designers use Swarovski crystals for all sorts of things. They use them to decorate things such as shoes, toilet seats, cars, snow globes and Christmas trees. They are like LEGO bricks, but a lot more shiny and pricey. Last year, Swarovski themselves built the record-breaking tallest Christmas tree in Asia. This year they’ve gone one more step forward with another First in the World – the World’s First Swarovski Crystallised Merry-Go-Round at Pavilion Kuala Lumpur, Malaysia’s premier shopping destination. 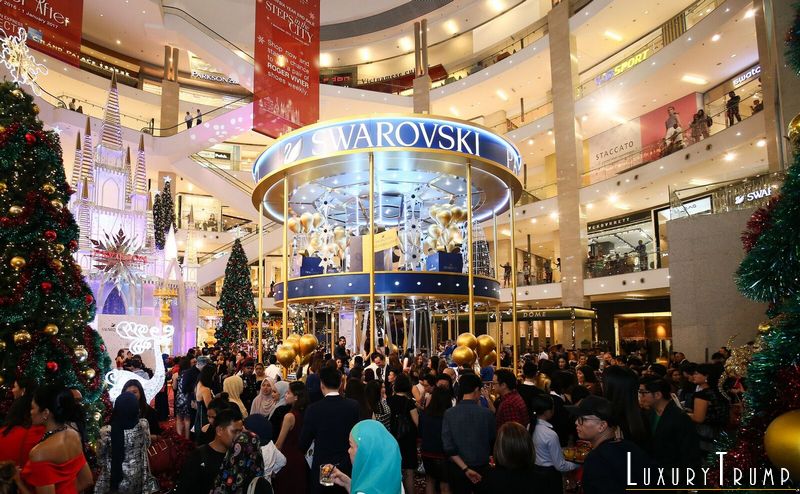 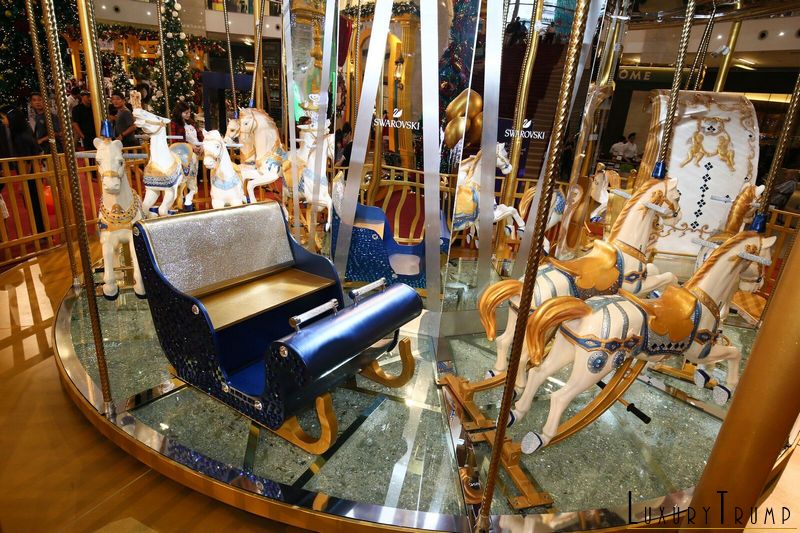 One of Swarovski’s senior managers Aymeric Lacroix and Pavilion KL official Joyce Yap were joined by actor and model Godfrey Gao for the lighting ceremony. Most importantly Christopher Wong, CEO of Malaysia Book of Records was present to award the recognition certificate for the World’s First Swarovski Crystallised Merry-Go-Round. 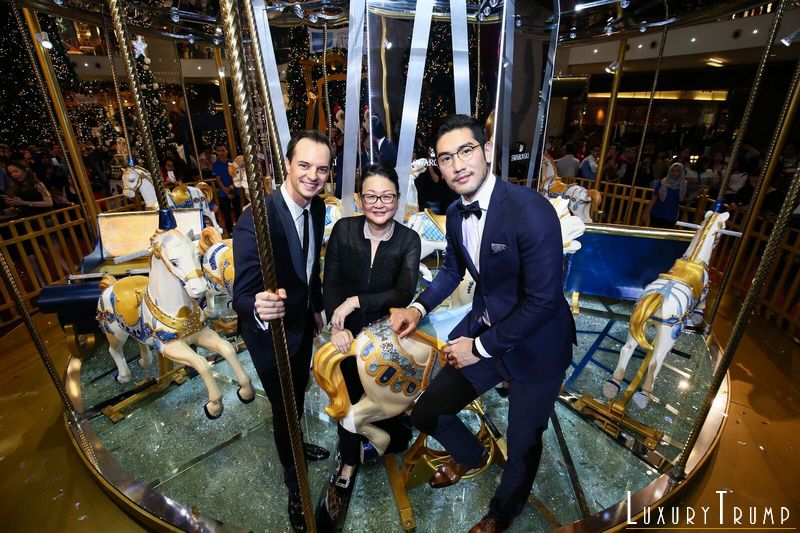 The nine meter tall Merry-Go-Round is decorated with 3,000,000 pieces of crystals in gold and blue – these are also the main colors Swarovski chose for 2016 Holiday Campaign. Additional decorations include pieces from Christmas-Fantastic collection and snowflakes ornaments. This is a fully functional unit and visitors can enjoy rides on ten horses, two sleighs and one carriage – all adorned with Swarovski crystals. The Merry-Go-Round weigh no less than four tons. 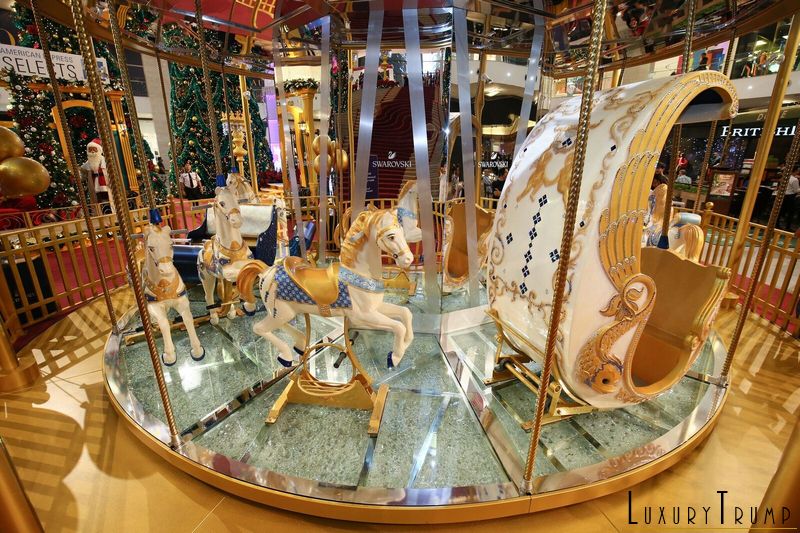 If you are in Kuala Lumpur anytime between now and January 1, 2017, head over to the Center Court at Pavilion KL. Each ride costs RM10 per person and part of the proceeds will go to the Charity at Heart, Pavilion KL’s CSR initiative. And if you end up buying one of 300 sets of the Flicker Pierced Earrings (RM150) sold exclusively at the Pavilion KL boutique, all proceeds from that will also go to the same charity.