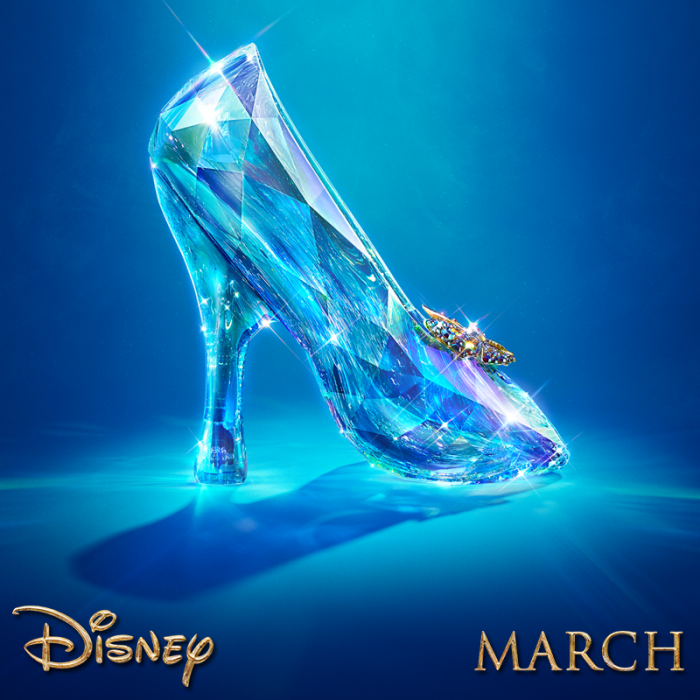 Crystal-maker Swarovski has collaborated with Disney front and center for the much anticipated upcoming movie Cinderella. Their contributions varied from supplying crystals to decorate gowns, jewelry, accessories, hair, make-up, and wigs to props. Hidden among these items is one of movie’s main characters – the glass slipper. Swarovski collaborating with Sandy Powell, the Academy-award winning costume designer of the movie has created a slipper from solid crystals.

Nothing comes right on the first try, the design team of the slipper has gone through six versions before finding the one they are looking for. Crafting the slipper took a team of 8 around 150 hours – from development to creation. The Swarovski slipper features 221 sides with a coat of light reflecting Crystal Blue Aurora Borealis applied.

Swarovski executive Nadja Swarovski in a statement said “We are always delighted and honoured to work with Sandy Powell, a design genius whose artistry and impeccable eye for detail results in the most beautiful costumes that lend magic to every project she works on.”

Swarovski in total supplied 1.7 million crystals for the Cinderella project. You’ll see them adorn among other things Cinderella’s magnificent blue ball gown, the Fairy Godmother’s gown and magic wand, and the wicked stepmother’s dress. In the movie Cinderella is played by Lily James (she of Downton Abbey fame) while Helena Bonham-Carter plays the Fairy Godmother. Cinderella from Disney UK will be in theaters on March 13.