Last year there was this story about AnonyMouse Cheese Shops in Sweden – where the mouse lives and work in a street corner of  Swedish town Malmö. This year we have “Hamsters” from Georgia (country). Supremo, a Georgian food processing company with a range of canned foods and other goods was having a bit of trouble reaching their formerly reliable customer base. None of the traditional advertising methods working anymore, so they looked for new ways. In came, Leavingstone, an advertising agency whose expertise lies in the digital world. Instead of one advert, they created an online video series called, the Supremo Hungry Hungry Hamsters aimed at social media platforms – all of them. 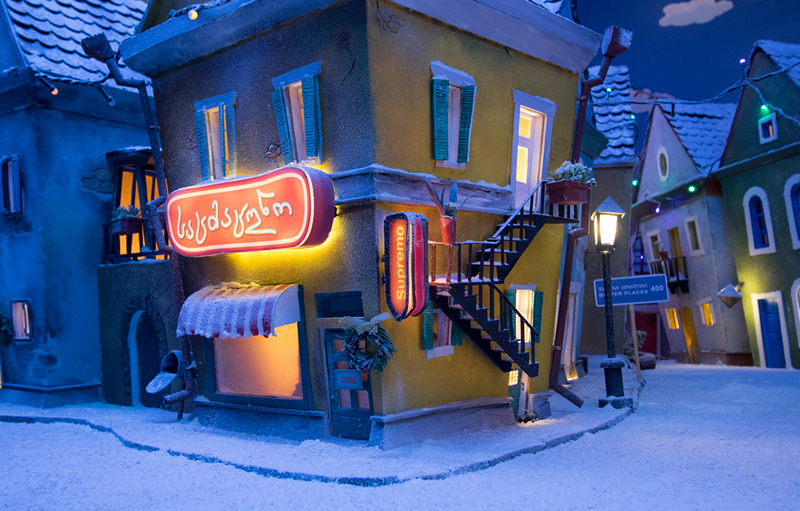 To create this miniature work of art for delicious Supremo food, Leavingstone created a series of short stories based on an eternally hungry hamster family in the small Georgian town of Yumvill with narrow cobble-stoned streets. They have paid attention to every miniscule detail including breadcrumbs, garbage and dead leaves on the floor. And don’t forget those French windows and tiny garbage bins. There are so many tiny details – 1,350 to be exact, it took them close to 2,000 hours to build them. 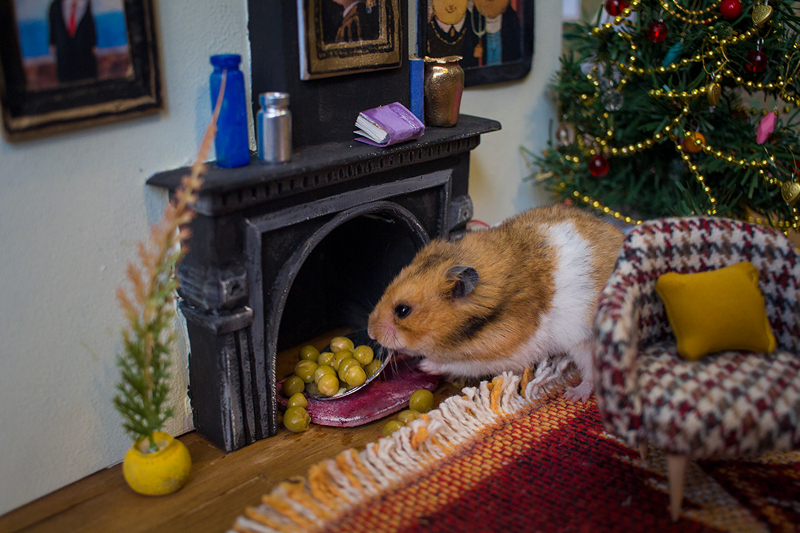 The miniature Yumvill Town has everything a hamster needs on a day-to-day basis to go through their lives including a flower shop, a bookstore, a movie theater and statues of important fictional hamsters. But most of all there is the Supremo food store with aisles upon aisles filled with everything a hungry hamster family needs – from pasta to nuts to flour to olives and canned beans.

There are all types of hamsters in the story but everything revolves around the Hamster Family – father Zaza, mother Nazey, son Zuka, daughter Zizi and Grand Pa living in their cozy little home with a well-stocked kitchen. Then there are politicians – as you can see from the image below they recently held an important election, we don’t know if the best candidate has won it. 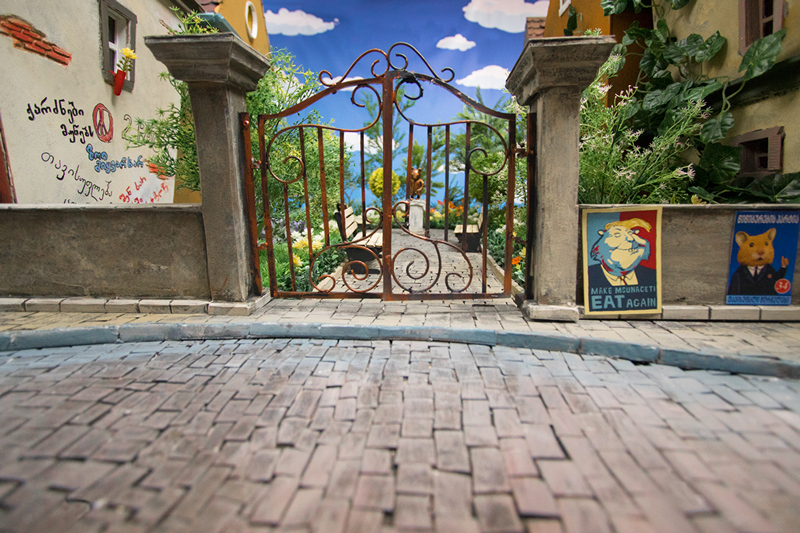 For their amazing work, Leavingstone has won numerous awards at the Kyiv International Awards Festival, including the advertising campaign award and the production design/art direction award. The series has an amazing fanbase and if they keep producing campaigns similar to Supremo, they can give Mad Men of Madison Avenue a run for their money. Watch the first episode of the Supremo Hungry Hungry Hamsters below.