Recently we wrote about the powerful airplane engine inspired coffee machine – the Espresso Veloce Royale by Super Veloce featuring 18-carat white gold enhancements with diamonds, a thermoset gold lead-carbon fiber, and a Royal Purple amethyst, complete aerospace-grade aluminum, stainless steel, and titanium elements. If you can’t own a fancy jet, the Espresso Veloce Royale came very close. And now Super Veloce has come up with something for the sports car fanatics – if you cant experience the thrill of the ride, have two shots of espresso from the Porsche themed coffee machine and you’ll be no less than a sports car yourself! 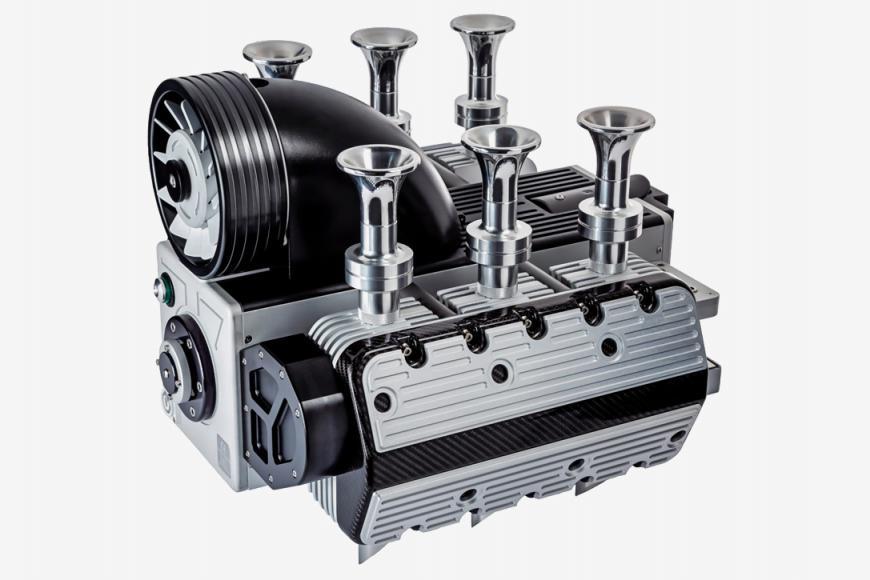 The new espresso machine by Super Veloce is styled after a Porsche engine because a flat six is not only classic but an iconic symbol of Porsche and every car enthusiast would love to get their hands on it…even if it runs on coffee grounds and not fuel. The marvelous mechanical wonder has been designed to look exactly like the engine of a Porsche 993 GT2 Cup car from the 1990s. Even if you don’t drink coffee, how amazing would it be to own such a realistic symbol of the heart of Porsche?

As every Porche fan knows, the 993 generation 911 was the last to carry an air-cooled engine and the GT2 Cup Car featured one of the best variants of the flat-six Porsche has ever built. So this coffee machine by Super Veloce is a subtle tribute to the automaker’s history and a collectible for every car fanatic till they get their hands on a real Porsche. Only 993 copies of the Super Veloce Porsche Flat Six 993 coffee machines will be made, and they can be ordered from the official website of the Super Veloce. With the holidays around the corner, we’ll say its time to treat yourself with a Porche coffee!