All the talk these days maybe about the long awaited premiere of the 7th season of the Game of Thrones. But the fact is, nobody, not even GoT can take away attention from the iconic Star Wars franchise, which is celebrating its 40th anniversary this year. French luxury goods maker S.T. Dupont marking the occasion with a special release – a handcrafted exquisite Star Wars chess set with gold accents.

The black obsidian-made chess board is converted into a battlefield for far, far away galaxy’s light side and the dark side. Unlike other chess boards, this is a round version with finishes in matte and a shiny polish. As one would expect regular pieces are swapped for Empire and Rebellion iconic characters Darth Vader, Princess Leia, Han Solo, and Chewbacca. 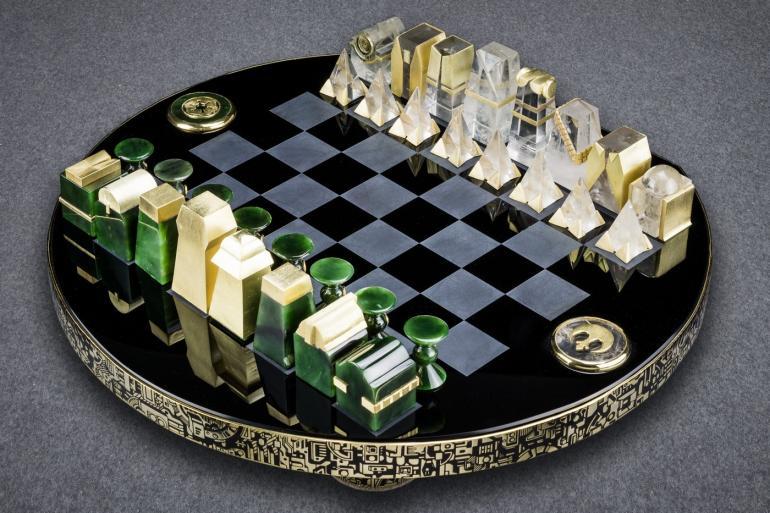 Hand-carved and engraved pieces are made from two different materials – the Empire pieces from nephrite jade from British Columbia and the Rebellion pieces from natural rock crystal quartz. Other Star Wars highlights include the Death Star’s exterior design on the metal gold-plated rim of the board and symbols of Empire and Rebellion on the drawer pulls. The gold-plated Star Wars chess set is all yours for an out-of-this-world HK$1 million (about $128,000 USD).