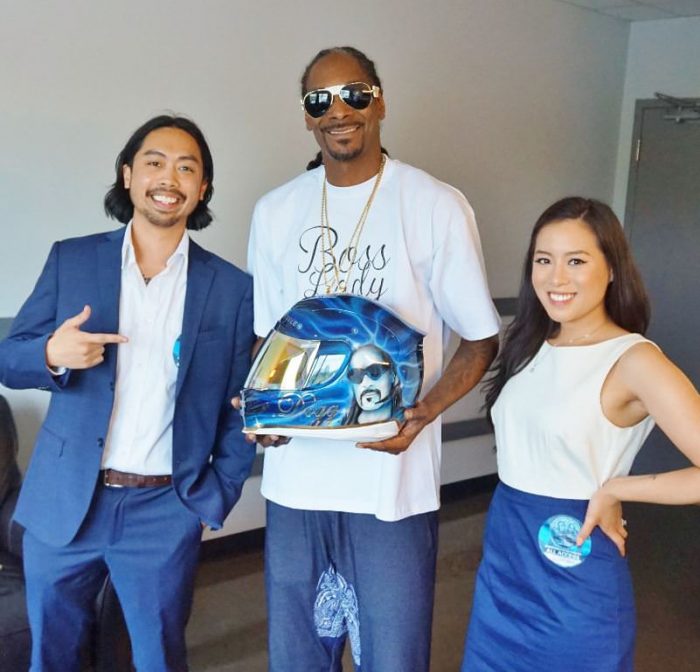 Snoop Dogg love his bling as much as he loves his pot. Just to make things clear this story is all about bling, nothing about pot. Andy Chung and his Montreal-based Armori Steele on other hand love to luxe-up and customize sports goods. Back in June an idea popped into Chung’s head when he realized Snoop Dogg is coming to town for the Canadian Grand Prix. He wanted to custom-design, encrust with diamond and trim with gold – a handcrafted Formula One helmet. Not for Lewis Hamilton but to present it to rap star Snoop Dogg.

Chung’s intention from the beginning was to get it autographed from Snoop and auction it for charity. They got around the first hurdle of getting Snoop’s signature recently. From start to finish Armori Steele spent about $12,500 to make it. The unique headgear was supposed to go under the hammer at the Art Gallery in Montreal over the weekend. Their goal was to raise $20,000 plus from the sale. 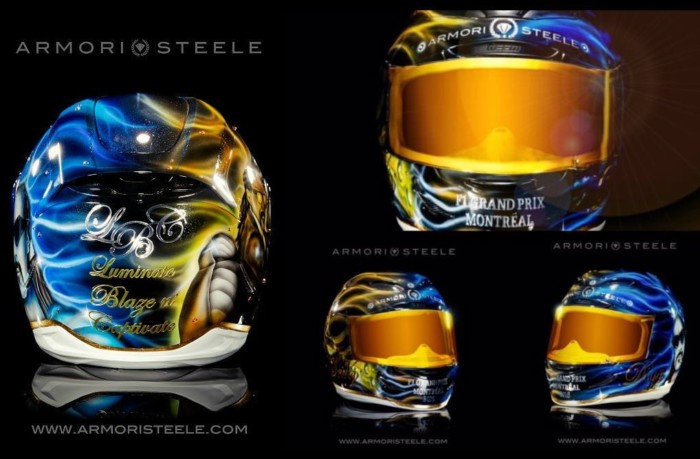 The helmet is very detailed and colorful. On one side you see Snoop’s famous face against a bright blue setting. On the other side he shows up against a yellow fire breathing background along with his signature. Diamond encrusted Armori Steele name and logo sits just above dazzling gold-trimmed visor. The chin bar feature “F1 Grand Prix Montreal 2015” also diamond decorated. Just one look and you know lots of time and effort gone to create it.

There is an eventful story involved with the creation of this helmet including how Chung’s diamond supplier disappeared when he needed some on short notice (he was away for a trade show). And the deal with Snoop almost didn’t happen. Rapper was scheduled to attend several events during the weekend of the race. One was a charity basketball tournament with NHL player P.K. Subban, which got cancelled at the last minute. More bad news followed – Snoop Dogg was a no show for the weekend. Good news is you can read it all here. 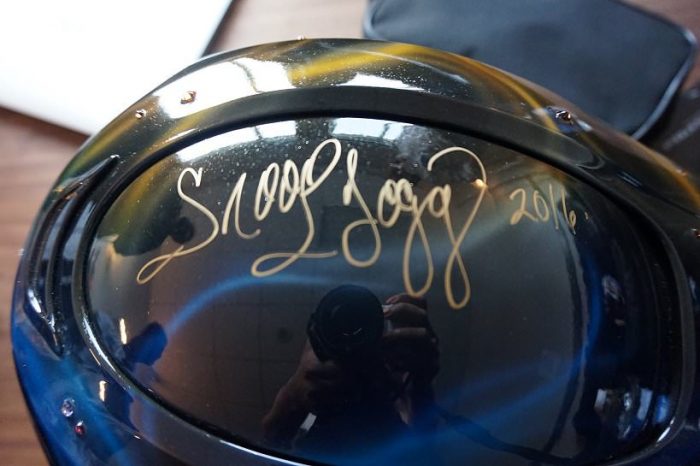