London’s fancy 34 Mayfair restaurant love to stir the PR pot occasionally by working with celebrity designers for attention grabbing one-off arrangements. In 2014 they teamed up with Sigmund Freud’s great-granddaughter/sculptor Mary McAdam Freud to create a champagne coupe modeled on Kate Moss’s left breast. This year they have partnered with another famous name – British shoe designer and 34 regular Rupert Sanderson, and Perrier-Jouët to create The Rupert Sanderson Champagne Slipper. 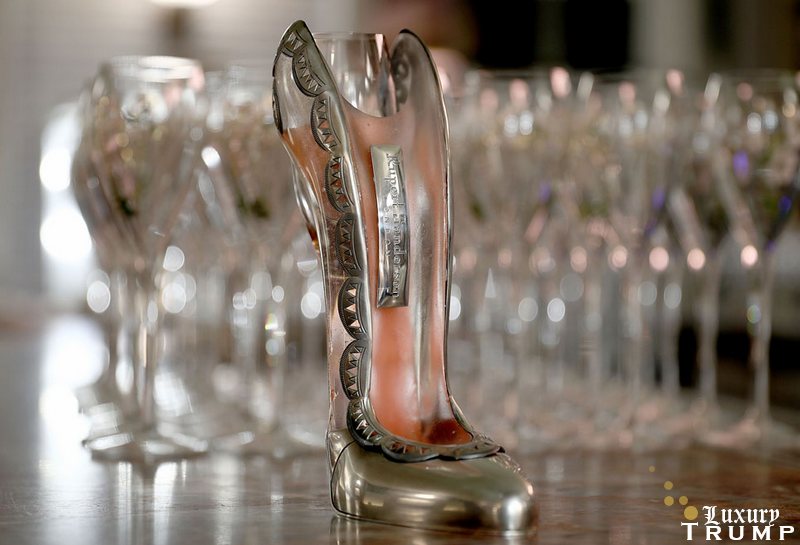 This is a glass slipper like no other and Cinderella have nothing to do with it. From the front, all you see is a silver-plated brass shoe with Art Deco inspired scalloped decorations. The rose-tinted crystal flute is attached to the back of the shoe, which also doubles up as its stiletto heel. The rose color crystal is chosen to match the Perrier-Jouët Belle Epoque rosé Champagne, which they promote with the flute. The Sanderson-designed piece is created by London-based jeweler Clive Burr.

34 Mayfair is well-known for its Art Deco-inspired surroundings, however, Sanderson also drew inspirations from New York’s landmark Chrysler Building. He wanted to create something romantic and indulgent at the same time to match with 34’s lavish settings. “It was a delight to design something that shoes lend themselves to so wonderfully. It’s the idea of taking a glass and not being able to put it down until you’ve finished it, and combining that with a shoe and with 34, which is also the most petite shoe size,” said Sanderson. 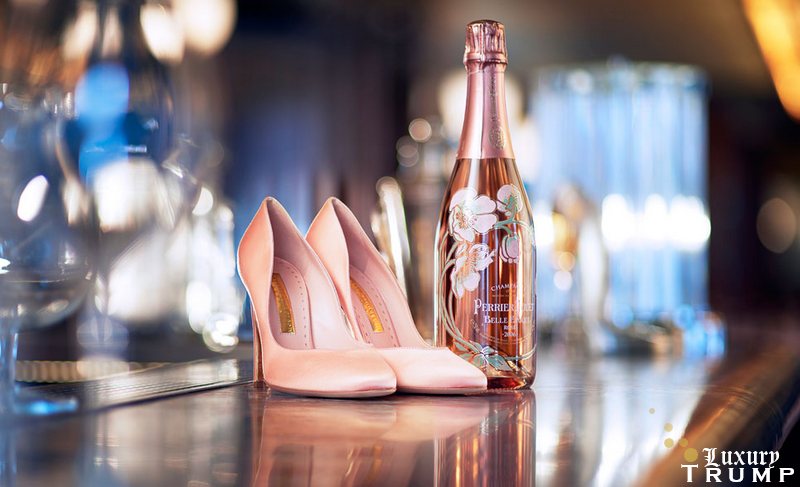 There is, even more, good news for pink Champagne loving ladies in London and elsewhere.  He has also designed a matching pair of rose-colored satin pumps as part of the collaboration. They are now available online and at Sanderson, boutiques priced £495 (about $615).

As for the Rupert Sanderson Champagne Slipper, it is also available as a limited edition to buy from 34 Mayfair. A set of six flutes and a bottle of Perrier-Jouet Belle Epoque Rosé retails for £5,000 (about $6,200). There is more – restaurant guests ordering a bottle of the Perrier-Jouet Belle Epoque Rosé gets to drink from the shoe itself. That takes away the pressure of having to buy the entire set!