Portuguese football star Cristiano Ronaldo has had an exceptional season last year for his club Real Madrid. One of the greatest footballers in the world, Ronaldo won a second FIFA Ballon d’Or for his efforts. To celebrate his achievements Nike has released a new limited edition Mercurial Vapor.

The Mercurial Vapor IX CR7 Special Edition celebrates Ronaldo’s magnificent season in which he scored on average more than one goal a game. Along the way, he also became the quickest player in Real Madrid’s history to reach 200 goals. 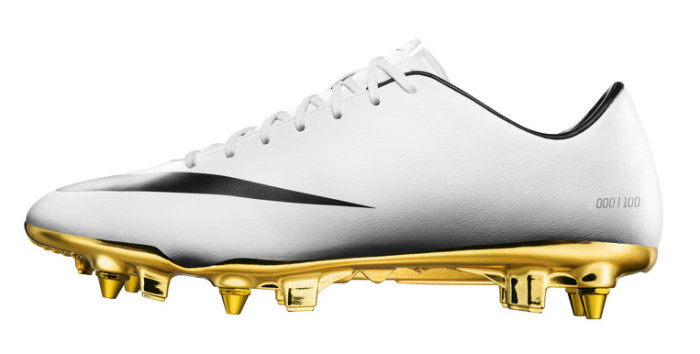 The all-white upper of the boot comes with a black Nike swoosh, while the sole is in shimmering gold. Ronaldo’s love for white boots and attire is well known, so Nike deciding to do a white pair to celebrate his achievements is very apt. Ronaldo is due to wear the new Mercurial Vapor IX CR7 Special Edition on April 16, injury permitting.

The Mercurial Vapor IX CR7 Special Edition limited to just 100 pairs and has its special number imprinted on the heel. Released on April 8th, they were sold out within minutes. 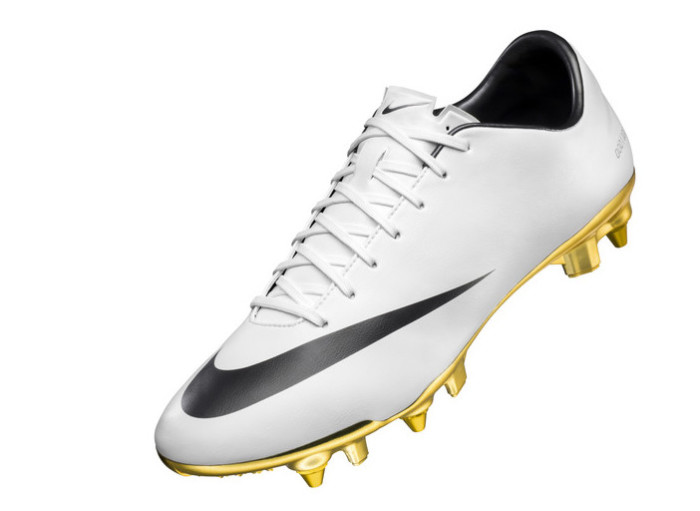