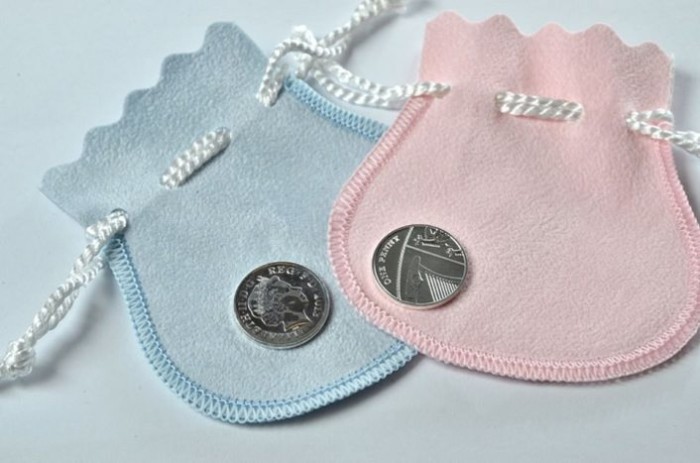 Here are the silver and the gold coins Royal Mint promised to issue upon the birth of the second child of Prince William and Kate Middleton. Babies born on the same day as the Princess Charlotte received a free silver penny from Royal Mint. For those of you interested in celebrating new princess’ birth with a collectible, Royal Mint also announced the issue if £5 limited edition coins in silver and gold. There have issued four hundred gold coins and 9,500 silver coins.

The £5 gold coin made of 22 karat gold costs a whopping £1,800 (about $2,700), while the silver coin is priced at much more affordable £80 (approx. $120). Both coin versions are delivered nestled in gift boxes. Silver penny coins for babies born on the same day are given in beautiful small pouches – pink for girls and blue for boys. To get their coins, parents are asked to register the birth of their baby on Royal Mint Facebook page. 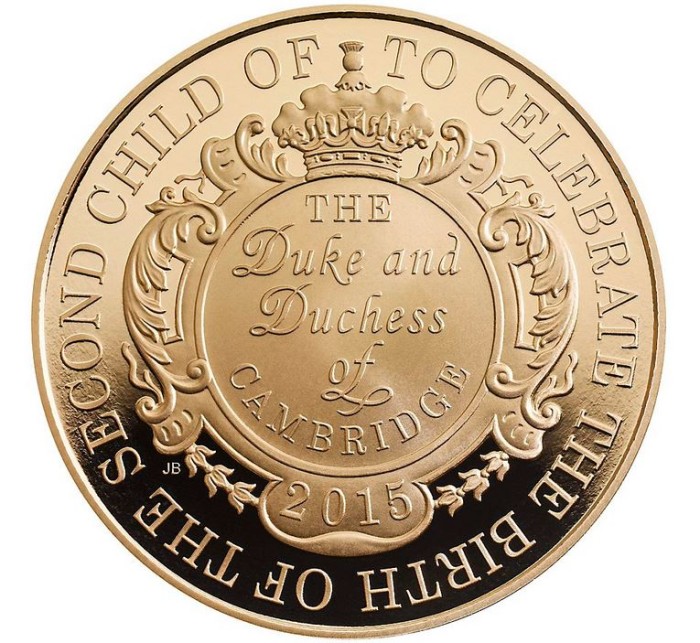 “It is only fitting that we commemorate this new addition to the Royal Family… just as we celebrated the arrival of Prince George,” said Shane Bissett from the Royal Mint.

Coins are designed by artist John Bergdahl, he also designed the coin for the christening of Prince George. New royal born last Saturday has been named, Charlotte Elizabeth Diana, she will be known as Princess Charlotte of Cambridge. Since coins were minted before the princess was born, unfortunately her name doesn’t appear on them. You can order online from royalmint.com. 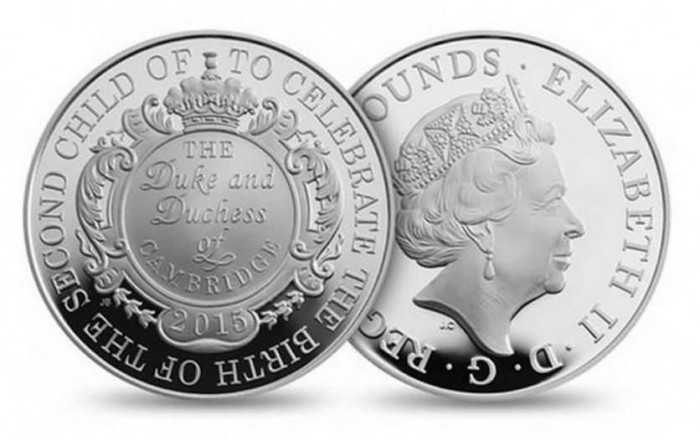