The Montblanc Patron of Art Hadrian Edition introduced recently it’s latest limited edition 5, remembering one of the greatest Roman Emperors, Publius Aelius Hadrianus (76 – 138 AD). He was the emperor who ruled for 21 years and later regarded and considered as one of the Five Good Roman Emperors as he brought peace, prosperity and an everlasting architectural legacy. 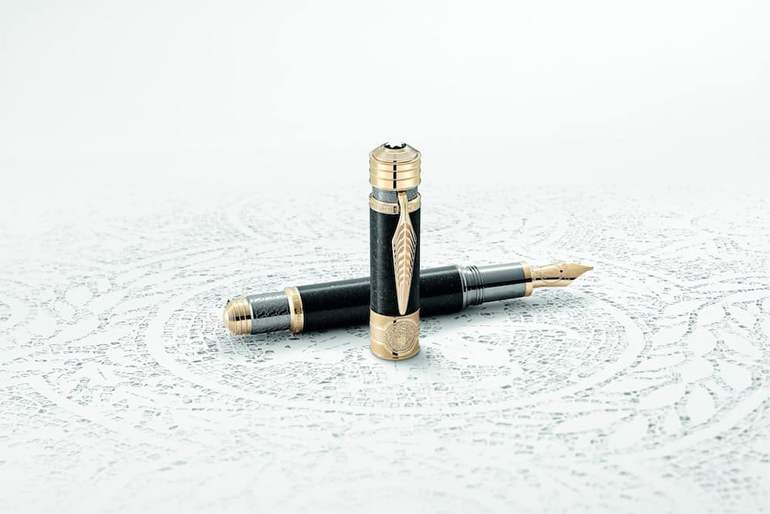 The Montblanc Patron of Art Limited Edition has created a classic fountain pen to pay Homage to Hadrianus. This pen is made out of Egyptian basalt, a hard black, glassy, volcanic rock. Its cap top which is in the shape of a crown is gold plated. Its clip is in the shape of a ripen wheat sheaf, the symbol of prosperity is also gold coated and reminds us of the interest the emperor had for the Greek culture and the Eleusinian Mysteries. The black and white Montblanc emblem is made from precious resin and sits on the top of the cap like the jewel of the crown.

The nib of the pen is handcrafted from Au 750 gold and features the Hadrianic phoenix with halo and laurel leaf engraved on it. The top ring and cone ring both feature a decoration that was used in the Roman Empire to represent the Roman god Janus, the god of time. The gold coated cap ring is embossed with two crafted elegant decorations.

Here is a golden opportunity if you are a roman enthusiast – to own one of the 5 pieces of the Montblanc Patron of Art Limited Edition 5, representing Hadrian’s legacy as one of the Five Good Emperors and take it wherever you go.