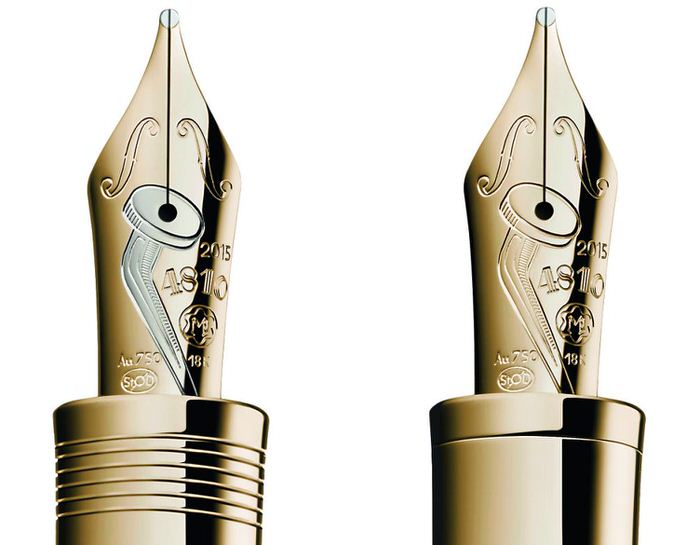 Late-Italian tenor Luciano Pavarotti is the latest global icon to receive a tribute collection from Montblanc Patron of Art series. The Montblanc Patron of Art Luciano Pavarotti Limited Edition, a collection of three pens pay homage not only for opera icon’s on stage musical virtuosity but for his larger than life extravagances as well. Made from finest material available and crafted by master artisans, each pen feature designs inspired by numerous operas Pavarotti excelled in with his captivating performances. 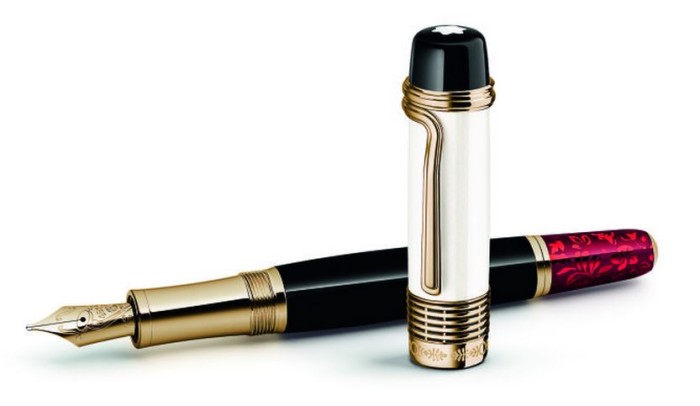 It is fair to say the Limited Edition 4810 of the Montblanc Patron of Art Luciano Pavarotti collection has found its design inspirations from opera superstar’s wardrobe. Starting with the black tuxedo to his favorite Hawaiian shirt are used in decorating this pen. The black lacquered barrel and white lacquer cap represent the tuxedo, bow tie and the white shirt he wore for most of his concerts on stage. Pavarotti’s favorite off-state attire, the Hawaiian shirt is celebrated with the delicate red lacquer floral pattern that adorns the cone and the turquoise resin cabochon at the base of the pen. His favorite scarfs also received a mention, the gold-plated clip is shaped like one. There are five gold-plated rings on the cap, they pay tribute to five famous opera’s that brought fame to the tenor, namely – “Turandot”, “La Bohème”, “Rigoletto”, “Un ballo in maschera” and “L’elisir d’amore”. Pavorotti’s lucky charm also gets a place, bent nail has its place on the 750 solid gold nib. The final touch of decoration as always is the Montblanc emblem, in black and white it appears on the cap. 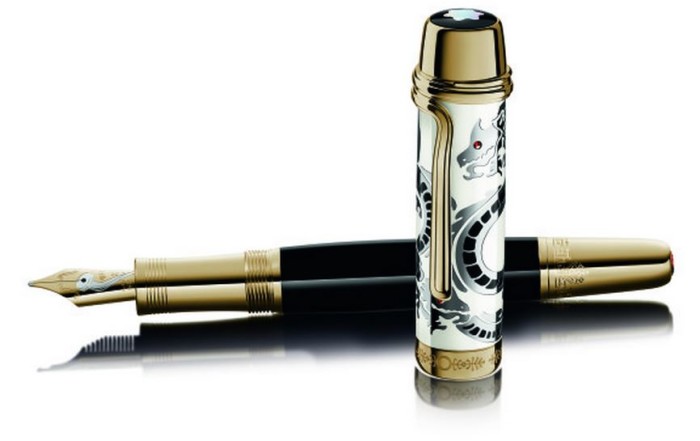 The Puccini opera set in China “Turandot” and the aria “Nessun dorma” are responsible for making Pavarotti a global super star. And the inspiration for Montblanc Patron of Art Luciano Pavarotti Limited Edition 888 come from the same Far East and feature an elaborate black and white lacquer dragon with its sparkling red garnet eyes adorning the cap.  The cone in 750 solid gold comes engraved with an oriental opera motif, while its base is decorated with a brilliant facetted garnet. Pavarotti’s bent nail and scarfs are part of this pen too with them appearing on the nib and the cap respectively. The Montblanc emblem in mother-of-pearl on the cap round-off the decorations. 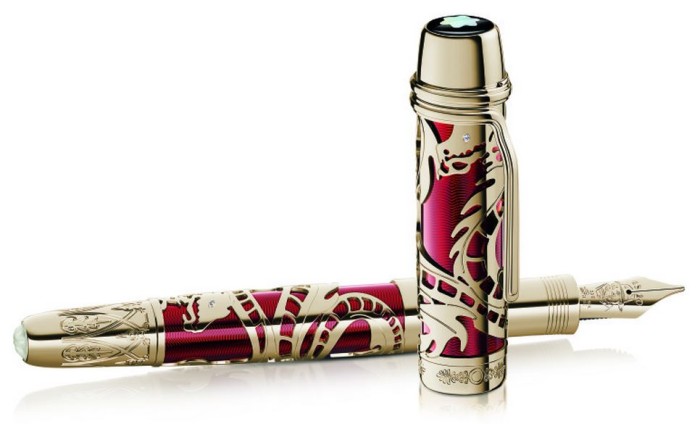 1998 is the year Pavarotti as presented with a “Grammy Legend Award” for his contributions and influence in the music industry. The Luciano Pavarotti Limited Edition 98 celebrates occasion with a release of just 98 pieces worldwide. The red lacquer of the barrel and cap are inspired by the velvet curtain of the opera stage of the Teatro Comunale in Modena, which is named after Pavarotti. The highlight of the pen is its elaborate skeletonized 750 solid gold dragon that wraps around the cap and the barrel. The cap and barrel also feature a barely visible delicate guilloché. The solid gold cone feature an engraved jasmine, in the musical Princess Turandot find her inspiration form the flower. In a final tribute, the Luciano Pavarotti Limited Edition 98’s solid gold nib comes adorned with an engraved portrait of Pavarotti on the gold nib.