There is a new addition to Montblanc Great Characters Collection. A collection of three pens pays tribute to jazz musician and composer Miles Davis. But we will take a look at the Montblanc Great Characters Miles Davis 1926 Limited Edition, which pays homage to the year he was born in Illinois. Davis, who passed away in 1991 was an innovative jazz musician and rest of the jazz world followed his lead. During his decades-long career, he was called the Master of Styles, Prince of Darkness, King of Cool – all these jazzy names to celebrate his jazz talents. 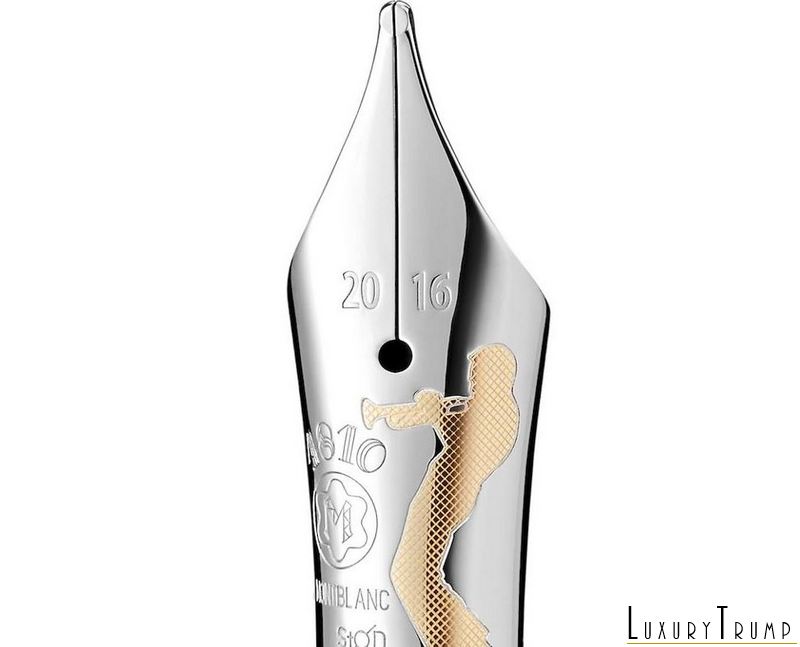 The limited edition platinum-coated pen features lots of artwork and engravings related to Davis’ life and career. Both the cap and the barrel are engraved with patterns referring to the five major jazz periods he helped to create. His silhouette is engraved in gold on the handcrafted 750 gold nib while the year “2006” on the barrel celebrates the year he was inducted into the Rock & Roll Hall of Fame posthumously. The barrel also sports an engraved star set with a diamond. The blue color on the cone is for his famous album Kind of Blue.

When he was a child, Miles witnessed a powerful tornado and its fury and power. This had a spiritual influence on him and event is marked by a spiral decoration on the cap. The Montblanc Great Characters Miles Davis 1926 Limited Edition, consists of 1,926 fountain pens and 1,926 rollerballs.