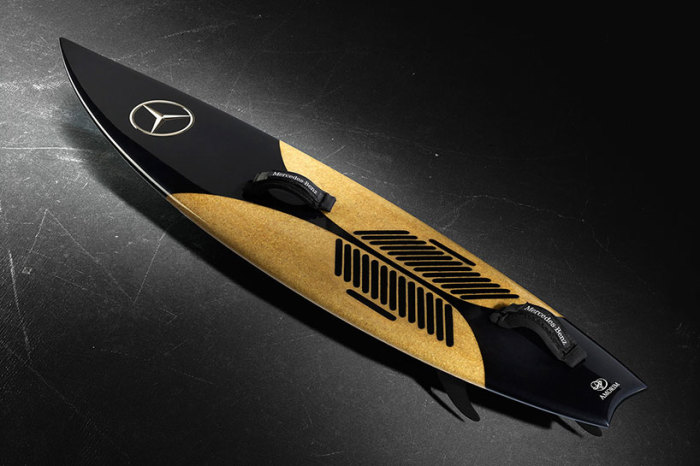 Since last year pro-surfer Garrett McNamara and Mercedes-Benz Design Studios has collaborated in creating a series of bespoke surfboards. The series named MBoard is designed and created especially for big wave riding McNamara. In February they showed-off the “Silver Arrow of the Seas”, with which McNamara rode the waves of Portugal’s Nazaré North Canyon. Their latest creation is a surfboard made entirely out of cork that comes wrapped in gold paint.

There is no shortage of cork in Portugal, because they are the world’s largest cork producer. In addition to cork, the entire board is made using locally sourced material. According to McNamara cork is both flexible and sturdy enough not to break when riding strong big waves of Nazaré. 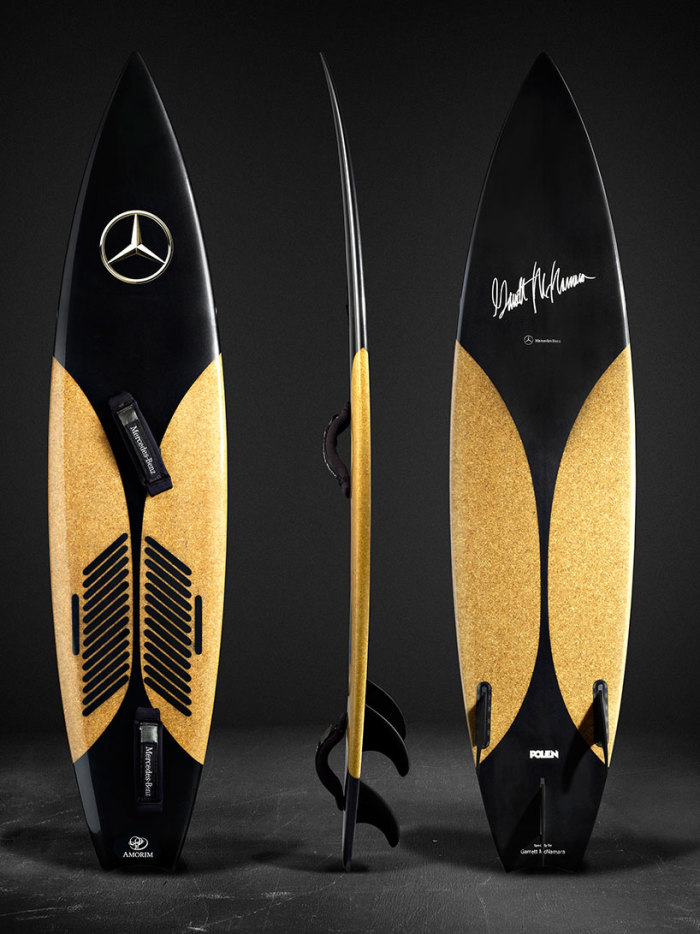 The bespoke boards comes with a special telemetry system, it has clocked McNamara doing a 62.4 km/hr wave rides in Nazaré in 2013 during big storms. This ride also set a new world record for the biggest wave ever surfed. McNamara already has the new cork board and preparing to ride Nazaré’s biggest waves once again.

He is also working on another new board with the Mercedes team. This time board will be made from aviation foam. McNamara already brought foam from California to Germany, according to him foam will not need stringers (longitudinal reinforcements.) This in turn offers great flexibility as well as being strong enough to handle tough waves.

As with previous personalized boards for McNamara, the cork and foam boards will not be available for purchase. 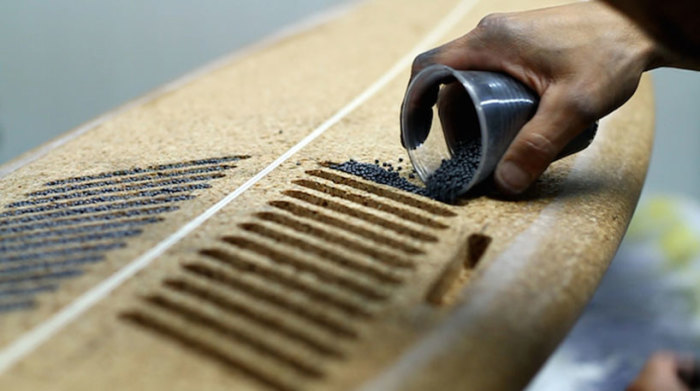 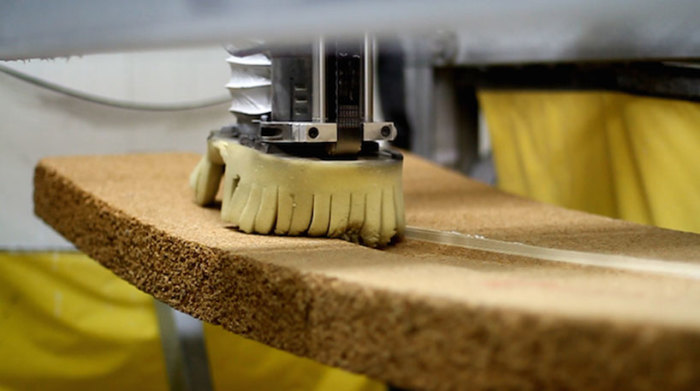