LEGO has given Singapore’s Marina  Bay Sands hotel the architectural five-star treatment. By receiving its own LEGO Architecture series kit, Marina Bay Sands has joined the illustrious company of the Sydney Opera House, Big Ben and the Guggenheim.

The landmark building, one of Singapore’s two casinos was opened in 2010. The LEGO kit includes hotel’s three main building towers and the Sands Skypark on the top that links three buildings together – 57 stories above. The Skypark is where the world-famous Infinity pool is located, that extends from end to end of the building. Not included in the LEGO set. but an integral part of the hotel is the lotus-shaped Art Science Museum.

Due to LEGO kits, small size not all of the beauty of the building is captured, but it features hotels famous blue glass façade. The Marina Bay Sands was chosen by an online poll held earlier in the year for next LEGO Architecture kit.

The kit is available for purchase at the hotel’s gift shop and major toy retailers around the world for $72. 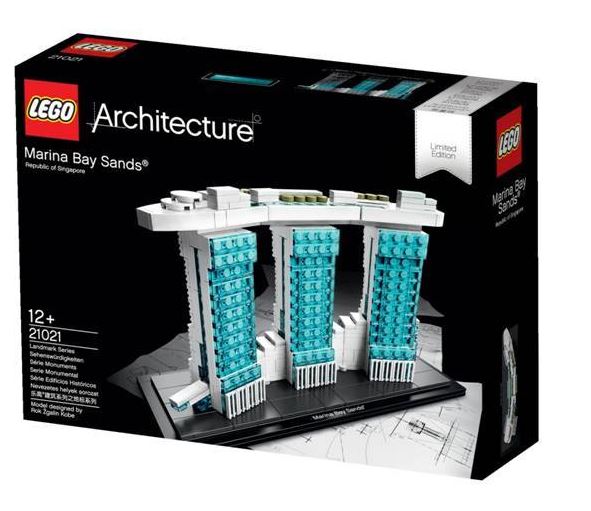