Louis Vuitton is celebrating the 2019 Rugby World Cup in style by creating a monogrammed Rugby Ball. In order continue from the point where they stopped, the house of Louis Vuitton (LV) has decided to unveil a Rugby ball with monograms to celebrate the major Rugby event in the world, Rugby World Cup 2019. This creation is the follow up of the souvenir LV did way back in 2018 to celebrate the 2018 FIFA World Cup. 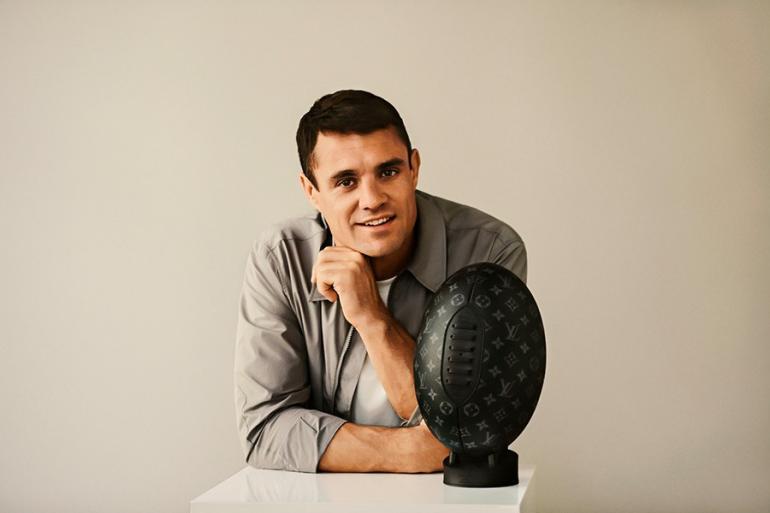 The souvenir Louis Vuitton Rugby Ball is created as a collaboration between LV and Dan Carter, the New Zealand All Blacks legend and the highest point scorer in test match rugby so far. This unique Rugby ball is an exclusive and an enchantment souvenir for any Rugby enthusiast living anywhere in the globe who can afford to purchase luxury good.

The Design and the uniqueness of this modern-day style rugby ball from the house of LV were inspired by the winners of the last two Rugby World Cups, in 2011 and 2015, the New Zealand national rugby team. Each and every Rugby ball is featuring LV’s grey Monogram Eclipse canvas accompanied with a matching leather carrying gadget and a display stand embossed with the typical LV branding. Another prominent feature of this product is the smooth black leather stitched along with a carrying strap with Dan Carter’s signature. 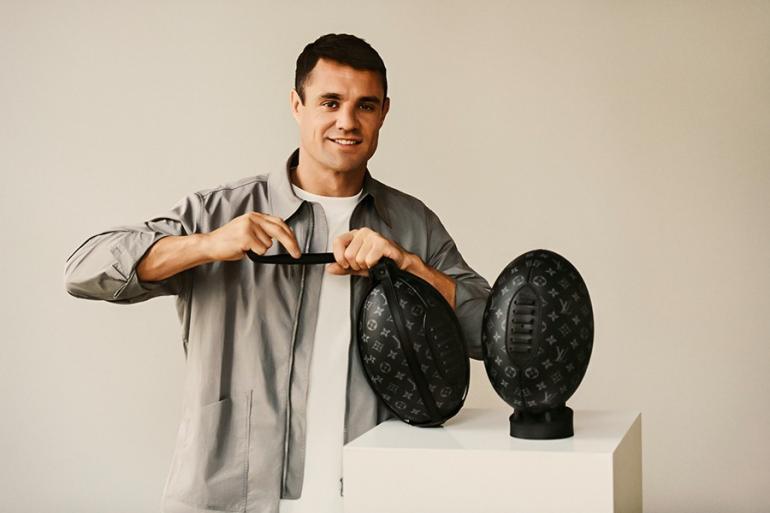 Hurry up you all rugger fans! there’s going to be only 112 Rugby balls under this limited-edition. These rugby balls will be accompanied by limited T-shirts for the much-awaited sporting event that is scheduled to kick-off in September at the Ajinomoto Stadium in Chōfu, Tokyo. Contended by the product, Dan Carter in a statement said, “I am very happy with the results,” He further added, “Seeing this rugby ball for the first time is like a dream come true. From working hard with the design team, choosing materials, colors and final details which all came together perfectly.”

The monogrammed Rugby ball by Louis Vuitton could be purchased from September 20 onwards, the same day as the 9th World Cup’s opening game.