The Burj Khalifa, holder of many a tallest and grandest records of the world just earned another – the world’s tallest LEGO building structure: LEGOLAND Burj Khalifa in MINILAND. The company expects this model building to be the main attraction at LEGOLAND Dubai when it opens to the public next week. The family theme park invited Dubai’s future most eligible bachelor, five-year-old Mohammed bin Ahmed Jaber Al Harbi to add finishing touches and unveil the structure.

Young Jaber Al Harbi is well-known throughout the Emirates and even in England. His claim to fame includes being crown prince Hamdan bin Mohammed Al Maktoum’s favorite five-year-old in the world. He also made waves last year by greeting the Queen at the Royal Ascot – protocols were followed and removed his top hat while greeting her. So, it is no surprise LEGOLAND asked him to do the honors. 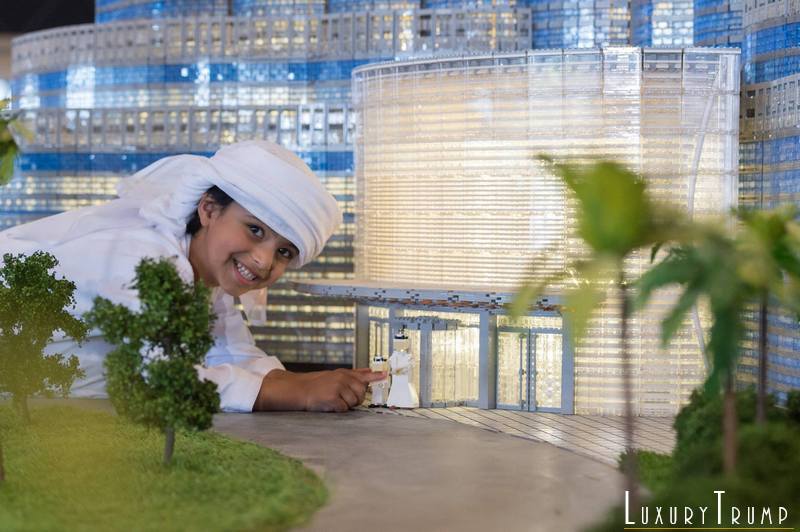 “It was our pleasure to welcome Mohammed bin Ahmed Jaber Al Harbi to help us celebrate this momentous milestone,” commented Siegfried Boerst, General Manager of LEGOLAND Dubai. “Burj Khalifa, now the tallest LEGO building model in the world, is just one of the incredible attractions MINILAND and LEGOLAND Dubai have to offer for families and we look forward to welcoming everyone to discover these wonders for themselves on 31 October.”

The model building stands 17 meters (55-foot) tall and needless to say it stood head and shoulders above their distinguished young guest. As for the finishing touches, he added a mini replica of himself and turned on the first LED lights of the configuration. 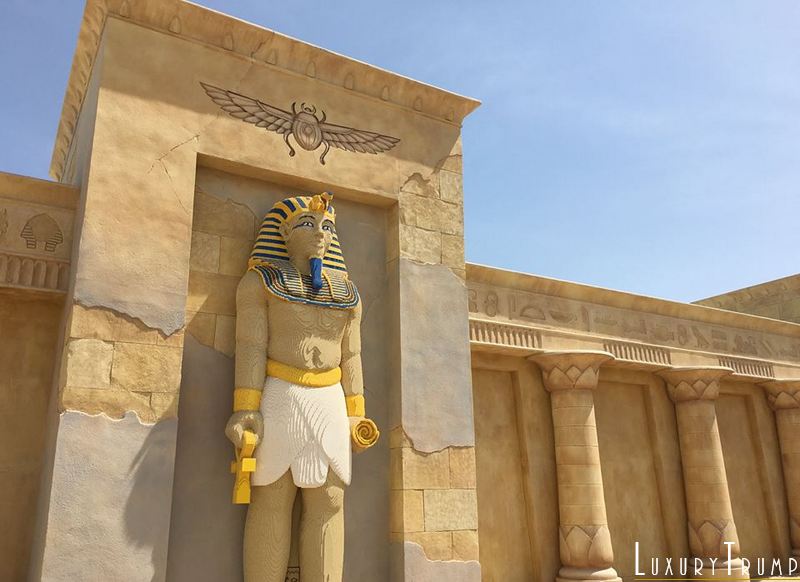 Rome wasn’t built in a day and same goes for this very tall LEGOLAND Burj Kalifa. Lots of resources were spent to bring it to life. The structure was designed and built using 5,000 hours and 439,000 LEGO bricks. It all adds up and weighs a whopping ton. LEGOLAND also built other local and regional landmarks that they are sure visitors going to enjoy. Here I am hoping one of them is the Great Pyramid of Giza (in fact, the great Pharaoh has arrived at LEGOLAND, Dubai).

A lot of fun to be had at LEGOLAND Dubai. There will be over 40 interactive rides, shows, and attractions. As for LEGO structures – they built a city with 15,000 model structures using 60 million LEGO bricks. The theme park is divided into 6 unique lands – LEGO CITY, ADVENTURE, KINGDOMS, IMAGINATION, FACTORY, and MINILAND. They designed the entire complex for families with 2-12-year-old children in mind. I don’t belong to this group but I don’t mind making the trip there. As for the entrance fee – they cost between AED 250 (470) and AED 765 ($210) for day tickets and annual passes respectively. To purchase tickets visit here.