New LEGOlands and stores popping up everywhere, like the one in Dubai at Burj al Arab. The latest, billed as the largest LEGO store in the world, just opened in London’s Leicester Square. LEGO London flagship joins the likes of M&M World and the Nickelodeon Store taking over the neighborhood – starting to look a lot like Time’s Square. New LEGO store is huge at 9.800 square foot and covering two floors. It carries their entire line of bricks from Star Wars to Duplo to Architecture. 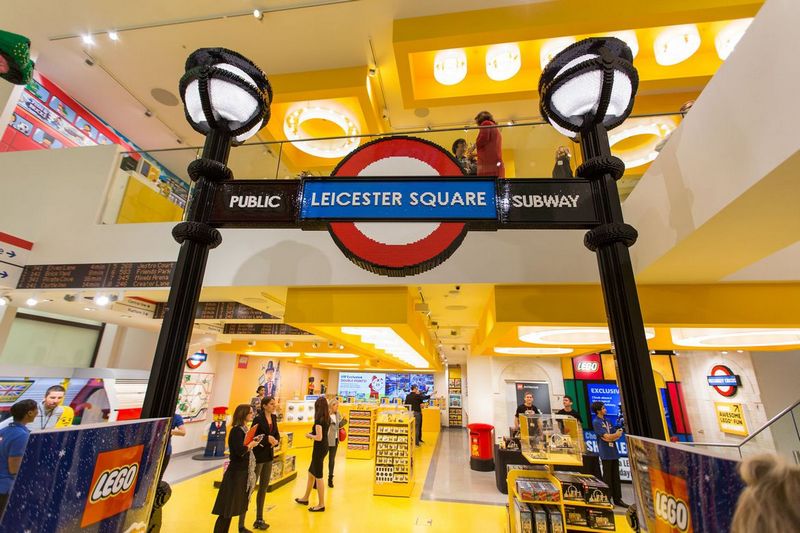 Children or adults, no one is going to get bored at this store. It is not just set up to sell various bricks, but also to enjoy LEGO-made London landmarks as well and there are plenty of them. To enter the store customers have to pass under the Leicester Square tube gates.

Once inside you come across one London landmark after another including the Big Ben and London skyline. Skyline is made of more than 265,000 bricks. 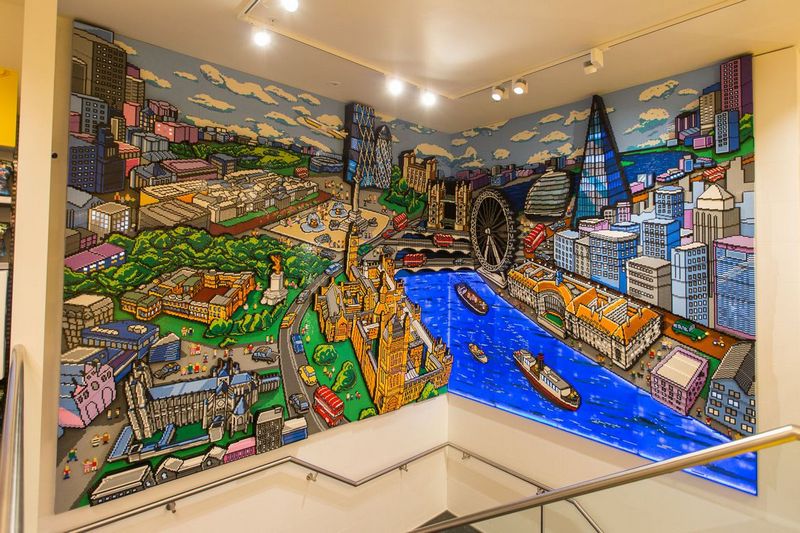 The famous British red telephone box is a favorite with visitors. Here you can take pictures inside the phone box. 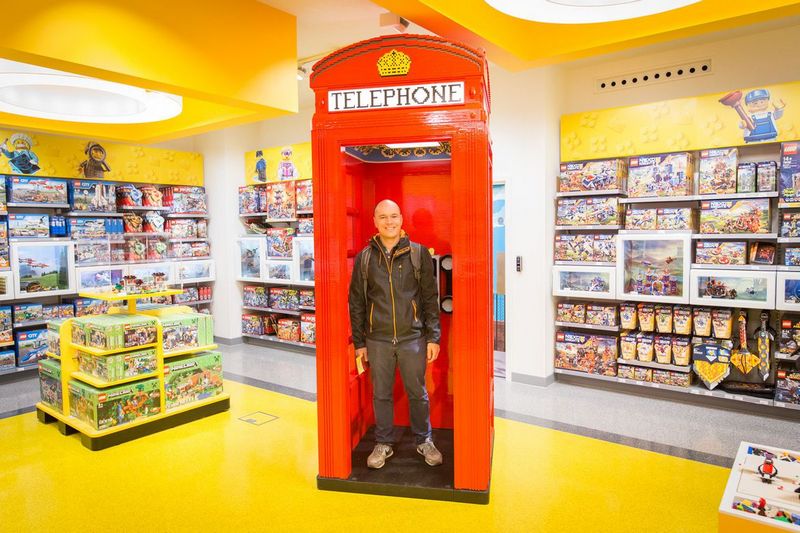 Another interesting place is the LEGO Underground train carriage, your fellow commuters include William Shakespeare, Robin Hood, Queen Elizabeth II and one of her bearskin-hatted Foot Guards. 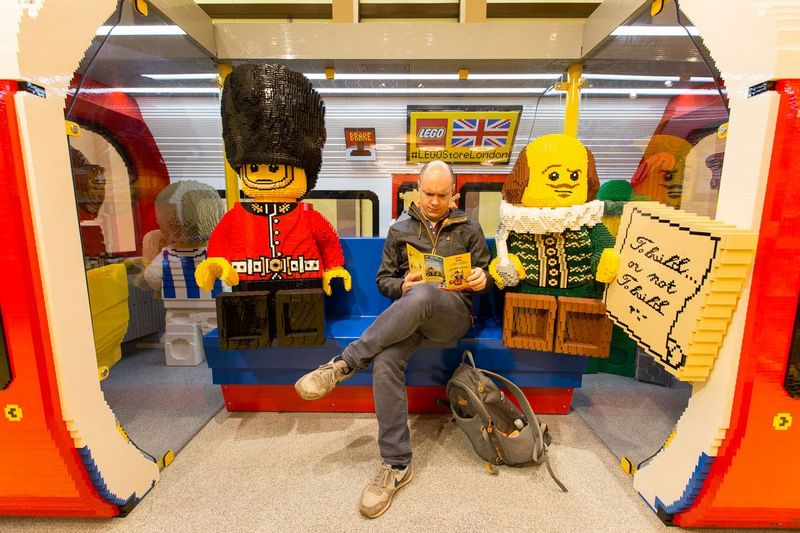 This is the Elizabeth Tower – world famous as the tower that housing the Big Ben at the Parliament House. The LEGO version is 21 foot tall and features a working clock. 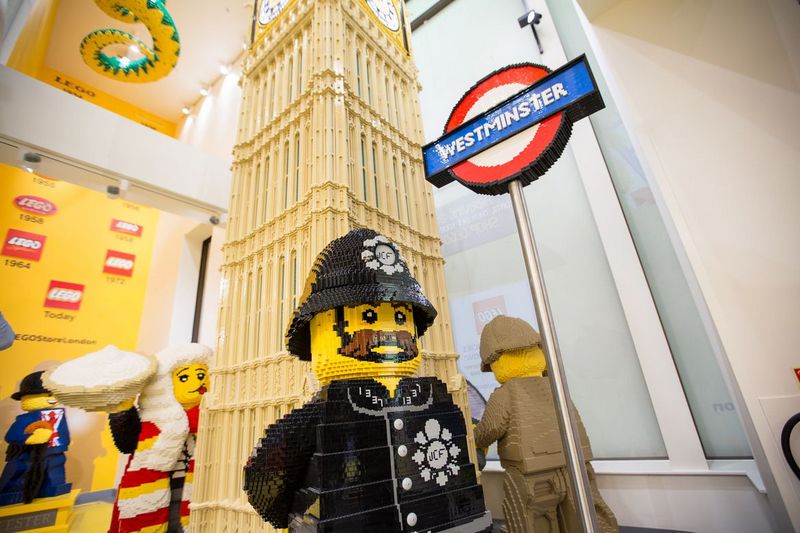 Just like all other LEGO stores around the world, this place is also guarded after by Brickly the green dragon. Because this is London, Brickly is wearing a bowler hat, monocle and carrying an umbrella – just in case. 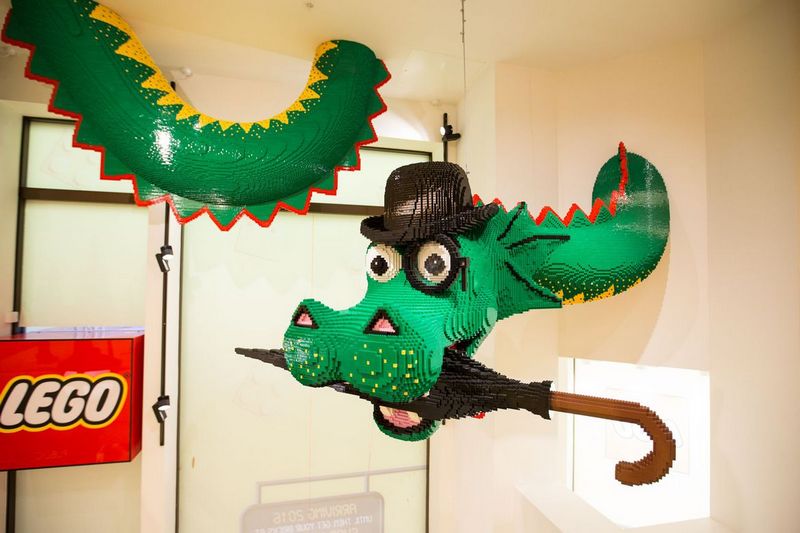 Lester is Brickly’s colleague and store’s official mascot. Lester shares his name with Leicester Square, spelled differently and his name is easy to pronounce. 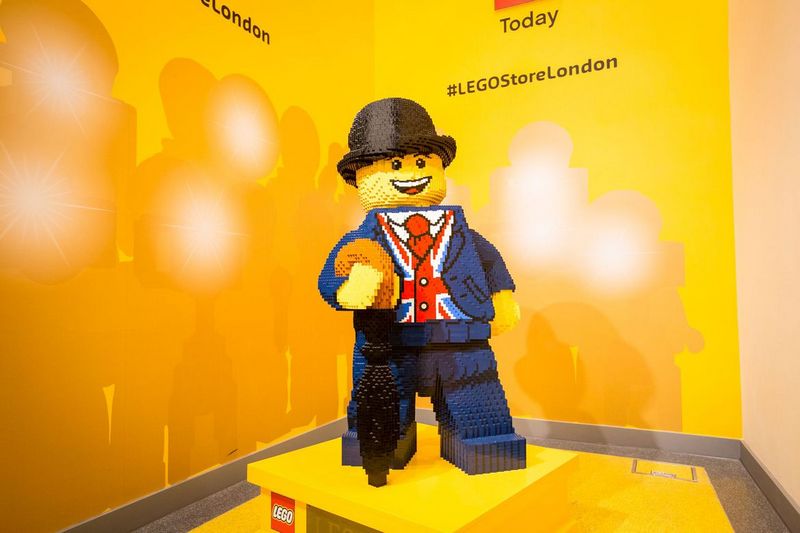 For selfie-takers (not really) this LEGO shop also features a Mosaic Maker Photo Booth experience, and this is a first for the company. The machine in the booth captures customer’s image and produces printed instructions and bricks required to make a photo portrait. Customers can then buy the necessary bricks from the shop. 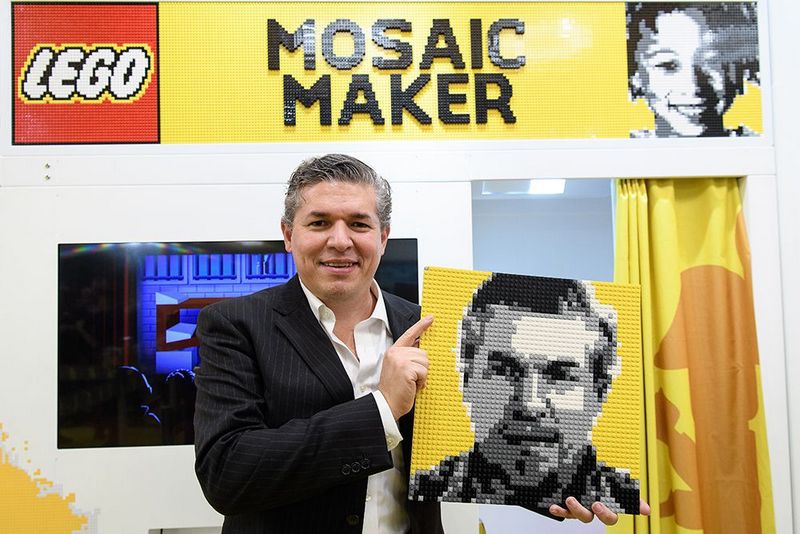