LEGO continues to cast the I-want-to-buy-that spell on every child and adult with the unveiling of a new addition to their Harry Potter set – the Hogwarts Great Hall! LEGO is not new to J.K Rowling’s Wizarding World, the toy mega-brand had launched the original Harry Potter line in 2001 followed by the Fantastic Beasts line in 2016 after the movie release. 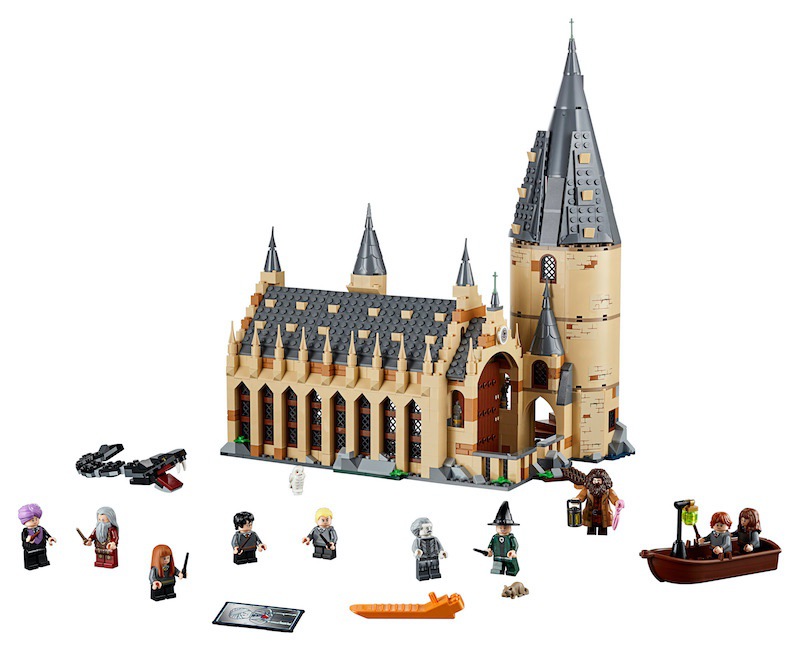 The new LEGO Hogwarts Great Hall features ten mini figures, two buildable creatures, and an enormous amount of meticulous detail that truly brings the magic to your LEGO blocks. The LEGO Hogwarts Great Hall will be showcased at the New York Toy Fair. LEGO is promising a new range recreating “the action-packed storylines from the films featuring a cast of fan-favourite wizards, muggles and magical creatures in LEGO form.” 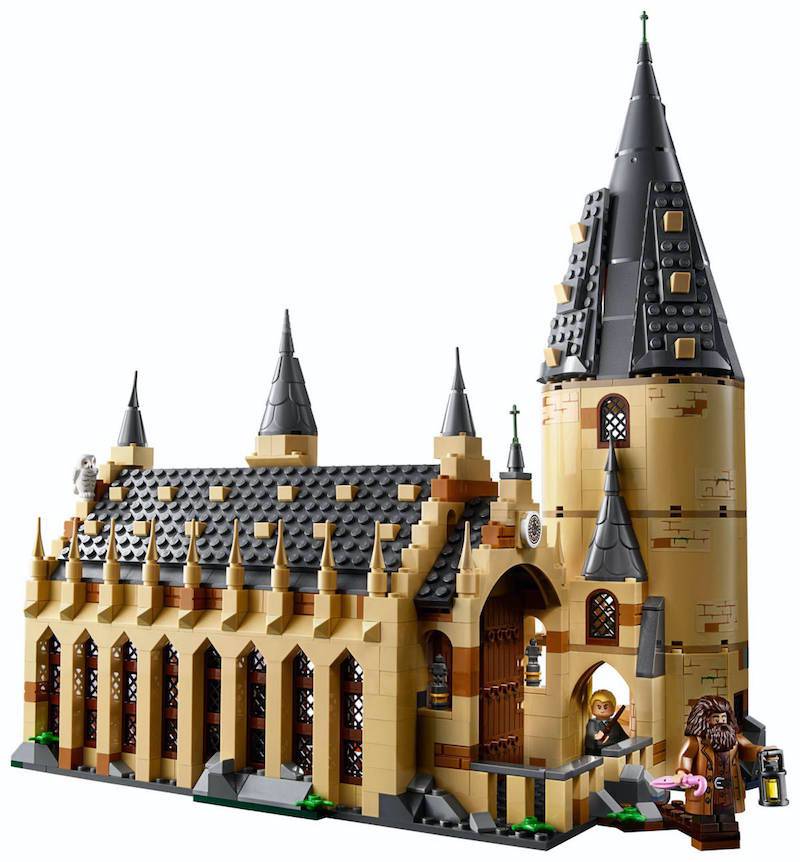 The LEGO Hogwarts Great Hall stands 36cm high, 20cm wide and 28cm deep and will be sold for $99. The set has 878 pieces – better brush up on all your building spells (Accio LEGO bricks!). The Hogwarts Great Hall would not be complete without all the great wizards – you can find Harry, Hermione, Ron, Draco, Dumbledore, Professor McGonagall, Professor Quirrell (with dual Lord Voldemort face), Hagrid, Susan Bones and Nearly-Headless Nick all hanging out in the magical LEGO Wizarding World.

We all know the Hogwarts Great Hall is endless, so of course, LEGO could house a few more characters with buildable Fawkes, Basilisk, and little plastic pieces representing Hedwig and Scabbers. Take a peek inside the main hall – it is real magic! The connecting tower reveals a fireplace, benches, tables, reversible house banners, a spiral staircase that luckily doesn’t move like in real Hogwarts! Forgot your wands? Don’t worry, we have seven of them in the LEGO Hogwarts Great Hall so you won’t have to take the boat back. Yes, it also has a boat that gets you to your Wizarding school campus! 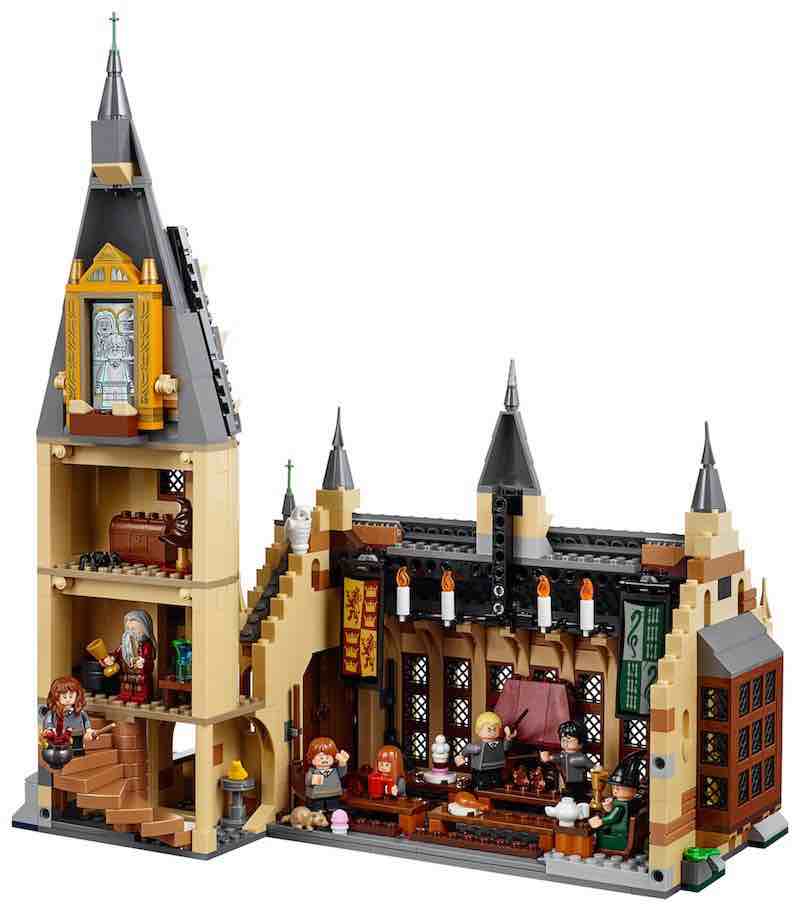 LEGO Hogwarts Great Hall will be in US stores on August 1, accompanied by a whole range of other LEGO Wizarding World sets. LEGO also added that they will be expanding the Harry Potter line – you might just be able to build your very own complete Hogwarts campus someday! Now, back to practicing those spells if you want your Hogwarts acceptance letter.