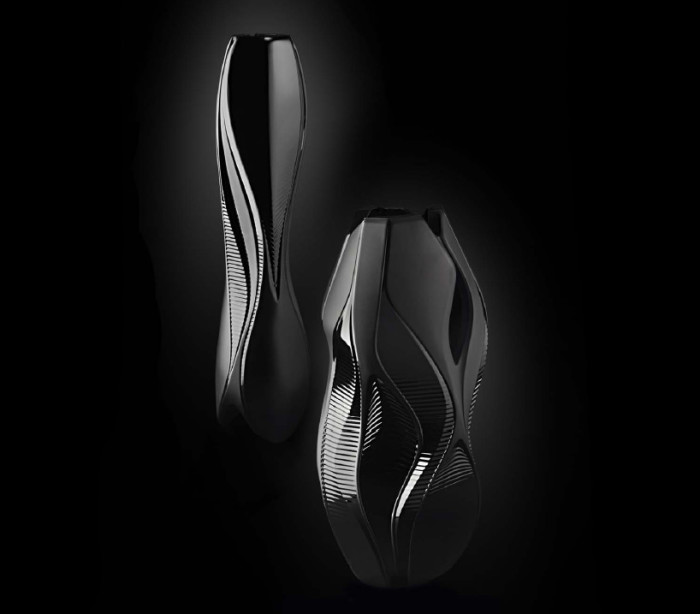 The Manifesto is a curved and ribbed vase with texture and the Viso a lean water tower. Both vases feature her distinct futuristic and curve forms that highlights uneven geometry. They have been made in both clear and black crystal and feature fluid lines and a polished finish.

Hadid is well-known for her de-constructive approach to architecture that incorporates natural forms for her designs. Awarded the Pritzker Architecture Prize in 2004, some of her recent work includes London Aquatics Centre for the 2012 Olympic Games in London and the Guangzhou Opera House. 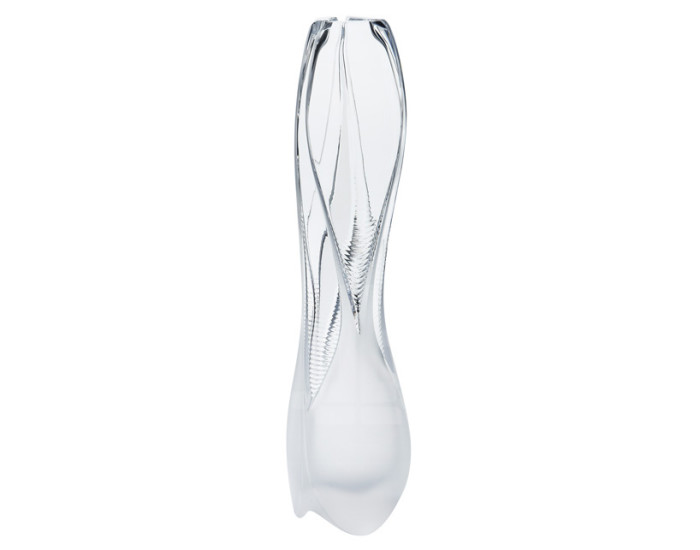 Said Hadid of her work for Lalique “I have always had a passion for glass and crystal, and started collecting pieces at an early age in a variety of shapes, sizes and colors. The architectural language we have developed is a manifesto of our experimentation and research into fluidity and transparency.”

“Opening this crystal glasswork to new artists allows its exceptional know-how to be interpreted with new eyes and with a fresh creative inspiration,” says Lalique Chairman and CEO Silvio Denz about the collaboration.

The vases are available as signed and numbered special editions and expected to go on sale in April at Lalique stores. Prices start at €12,000 ($16,400). 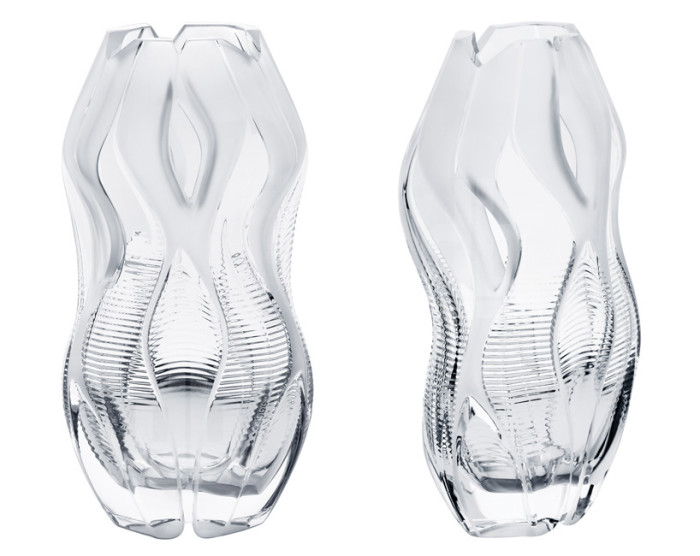 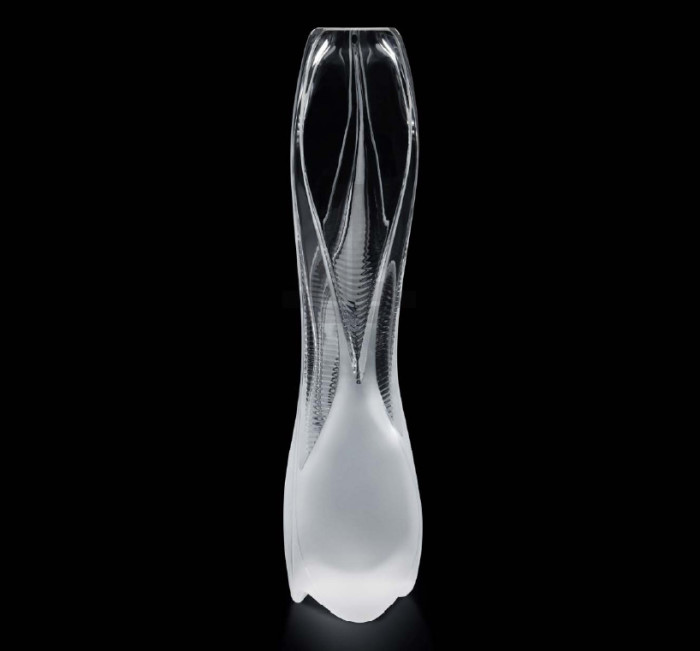 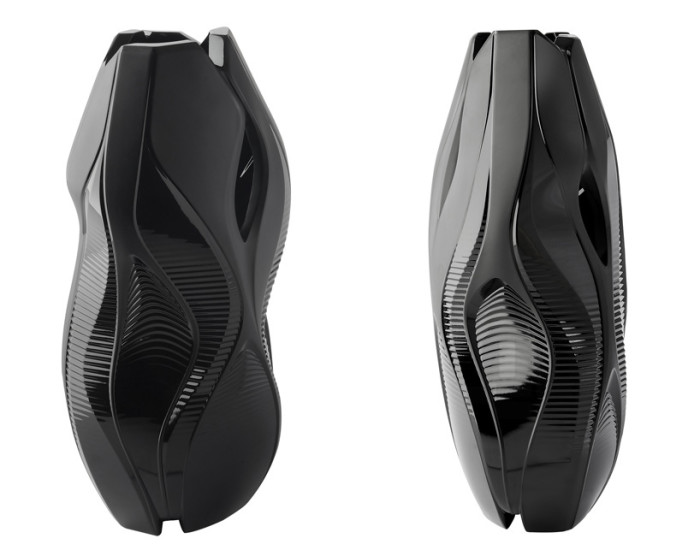 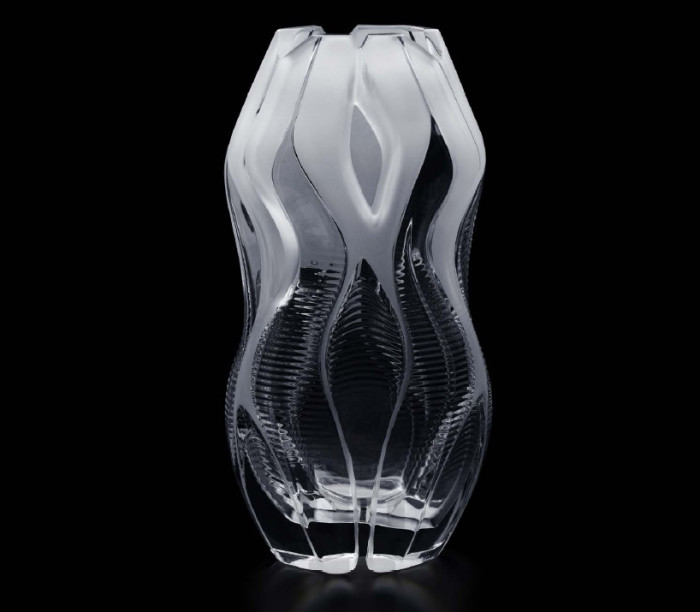 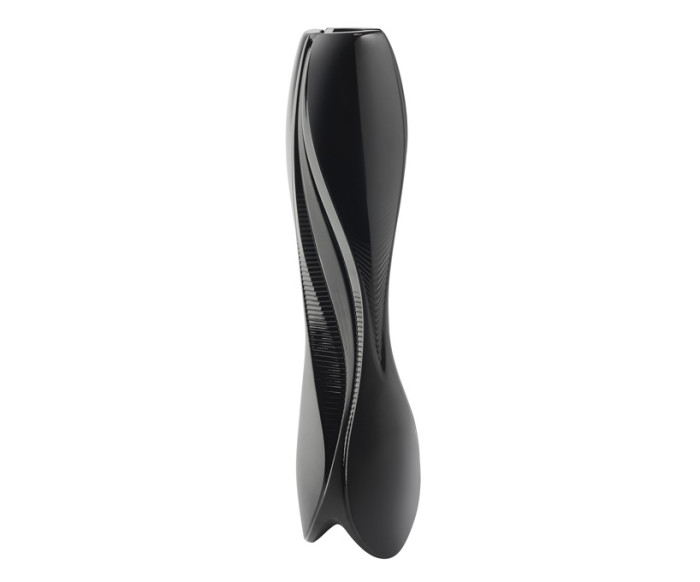