The Hedron features two separate pieces that combines for a coffee table. Its triangular-shaped base is made from eight wood and six plastic parts on each side that can be assembled and disassembled easily. The top looks like made from one solid slab of wood, I may be wrong on this though.  Maybe its veneered. 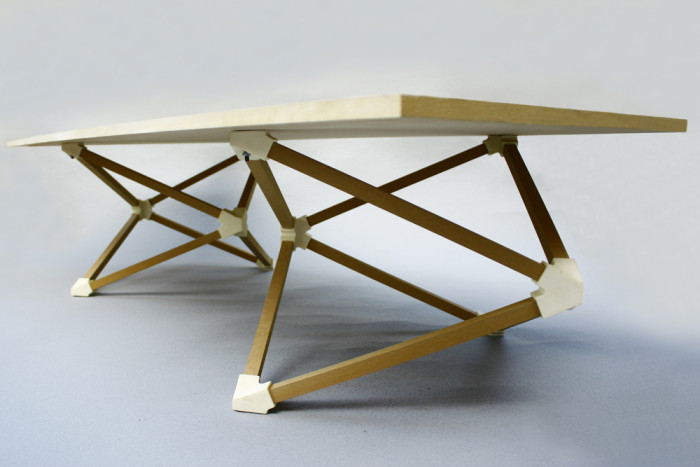 Benjamin Migliore is a French born Argentinian, who now live and work in Barcelona, Spain. He has previously worked in large international projects such as Airport in Beijing, Theater in St Petersburg, University in Ben Guerir in Morocco and a Hotel project in Almaty, Kazakhstan. 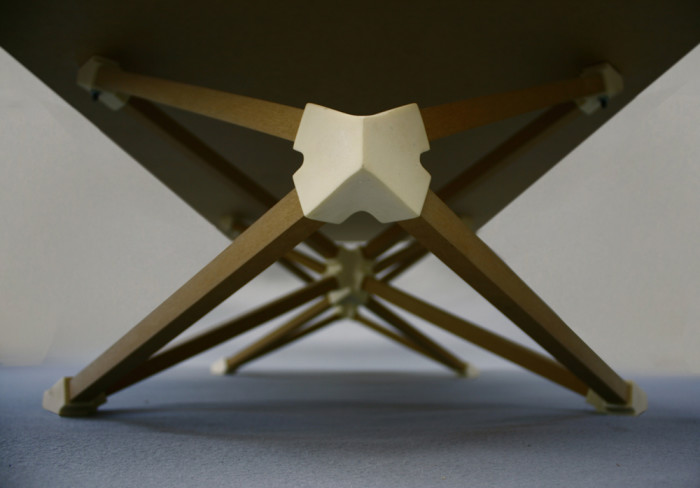 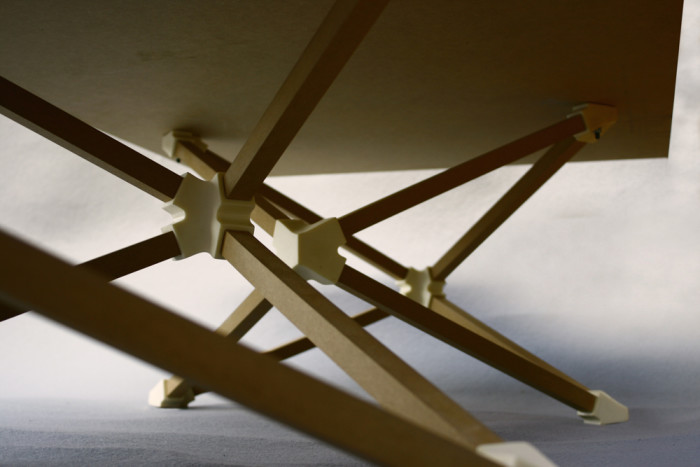 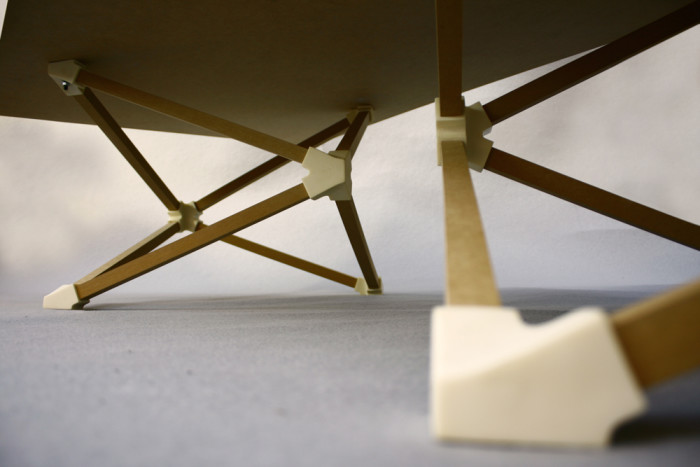