London and most parts of UK is taken over by Russian oligarchs and billionaire Arab sheiks. The good part of their invasion is all that money they spend on luxuries because they have unlimited budgets. For interior decorators like Celia Sawyer, they are a God send. One of her Middle Eastern clients commissioned her to design and build this “over the top” 24 karat gold bathtub decorated with 250,000 clear and topaz crystals. She appropriately describes the gold crystal bathtub as the ‘ultimate status symbol’ and ‘opulence gone mad.’ 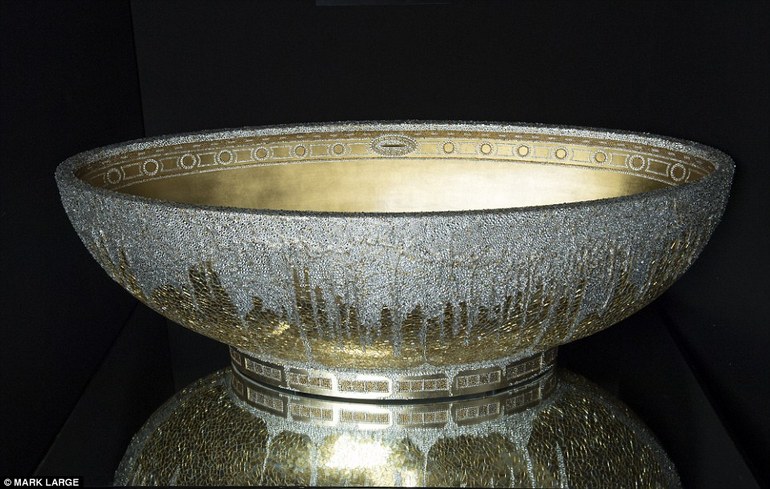 Miss Sawyer, know a thing or two about bling and luxury, and it is with reason she is dubbed the Queen of Bling. She is also a star on Channel 4’s collectible reality TV show Four Rooms. She is joined in the project by Epping-based goldsmith Robert Grace, who specializes in gold leaf mosaics for what he calls “super-luxury sanitary ware”.

Grace and his team of three craftsmen made the tub from yellow, lemon and white gold. He described it as a “tactile synthesis of color”. He also added there is demand and a market for one-off luxury items like this in the UK. 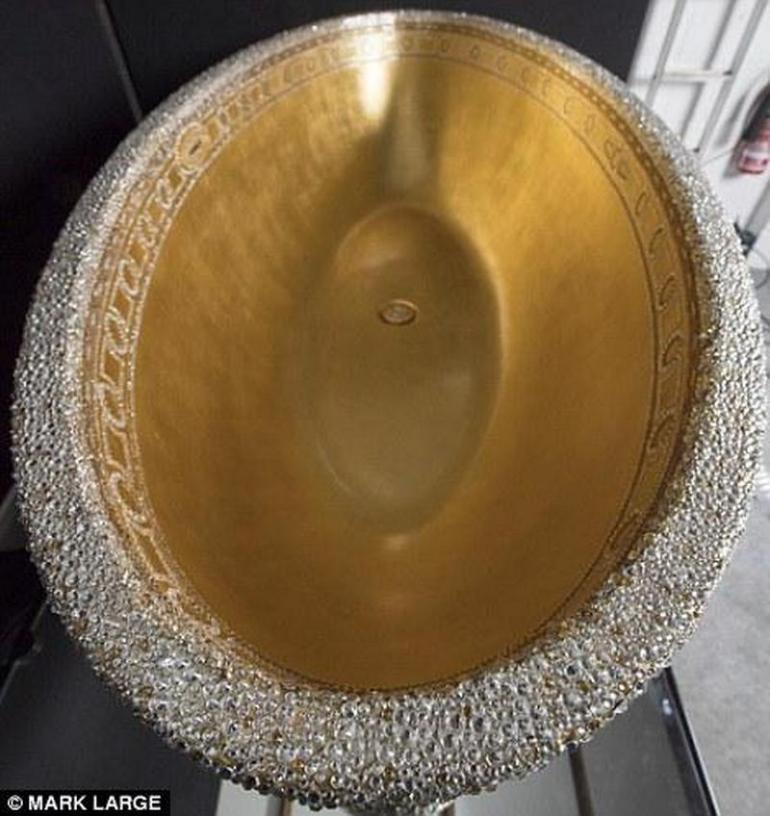 “Bathrooms have become the most important room in the house and people love to show them off. It’s all about vanity and when you can amaze your friends with something like this then it’s job done. You’ve made your point,’ said Sawyer. 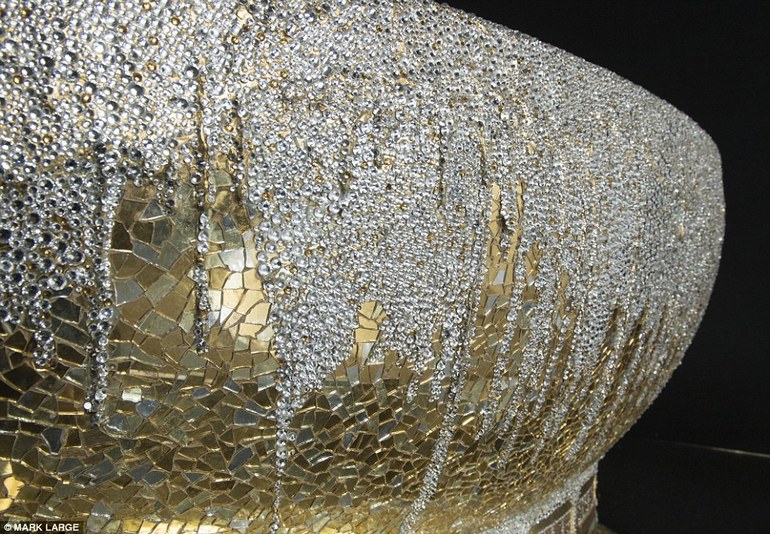 Celia Sawyer has an impressive list of celebrity clients including bling-happy premier league footballers. A couple of names she mentioned include Chelsea player Cesc Fàbregas and former premier league manager Harry Redknapp. However, she refused to name the Middle Eastern buyer of this extravagant gold crystal bathtub. 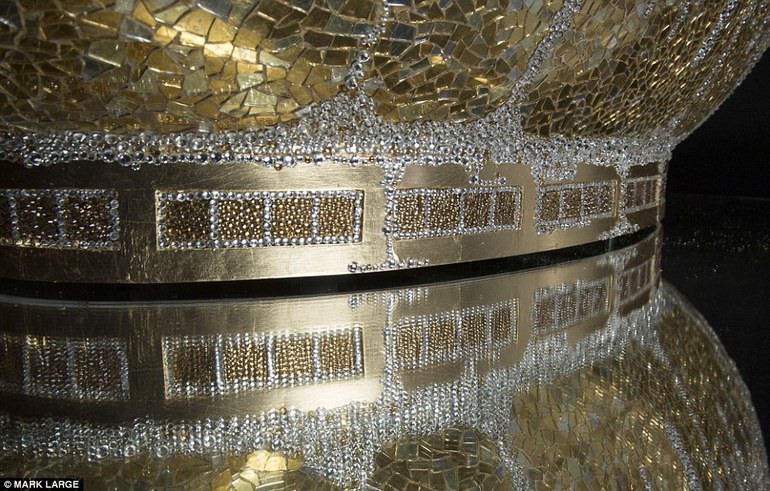 There is one problem with you spending £100,000 (about $123,500) on this. This does not come with taps. So, you will have to budget separately for 24 karat gold taps if you want them. We only have to guess that money is not an issue for the customer who bought this.

According to Sawyer her client’s Middle Eastern home already has dozens of bathrooms and she is not sure if he will use it as a bath – perhaps that is why taps are missing.