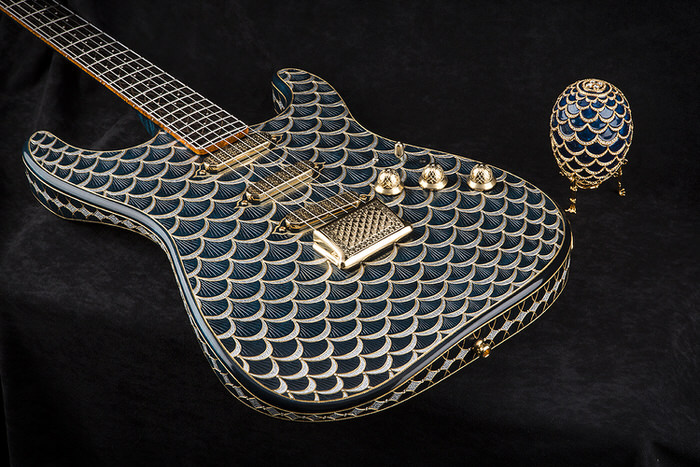 Each scale of the guitar comes covered with 18 karat gold and silver. The bridge and pickups also received the gold treatment and the fingerboard comprises of 3m of gold trellis. The translucent royal blue enamel (same gloss as the egg) on the guitar is achieved by applying three coats of a special finish created by Shishkov himself. Fender Stratocaster ensemble also include a matching blue strap and a replica Fabergé Pine Cone Easter egg with a miniature elephant inside. 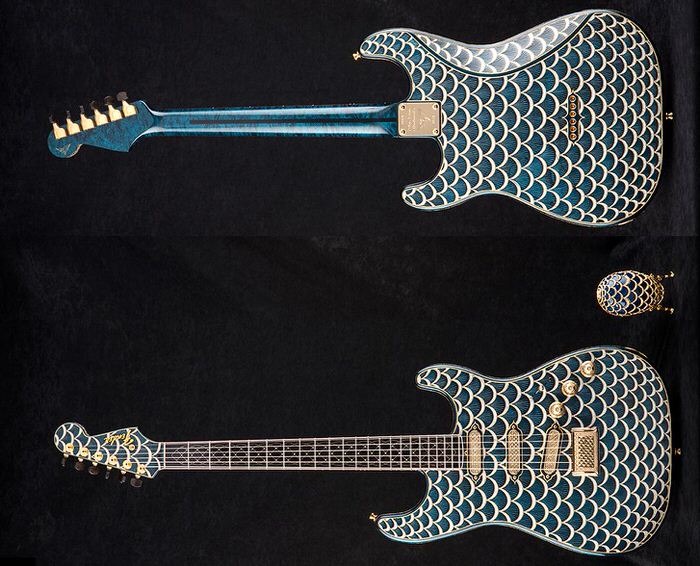 “I thought that the timeless, simple yet elegant pattern design of a Fabergé Pine Cone Easter egg would look beautiful on the Stratocaster body. The guitar’s curves and flowing shape perfectly fit the rounded profile of the Faberge masterpiece. The goal was to make a very clean and vibrant tribute to old-world craftsmanship,” said Shishkov about his latest creation.

Soon to be auctioned-off Fender Pine Cone Stratocaster and the egg is expected to draw around $1 million. Both items will have matching serial numbers 0074. 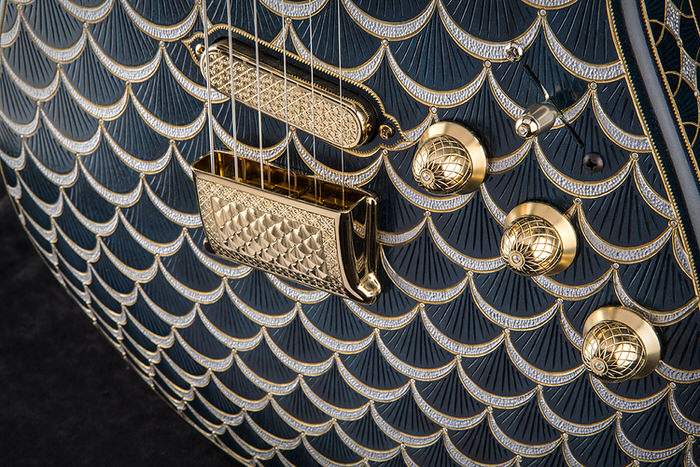 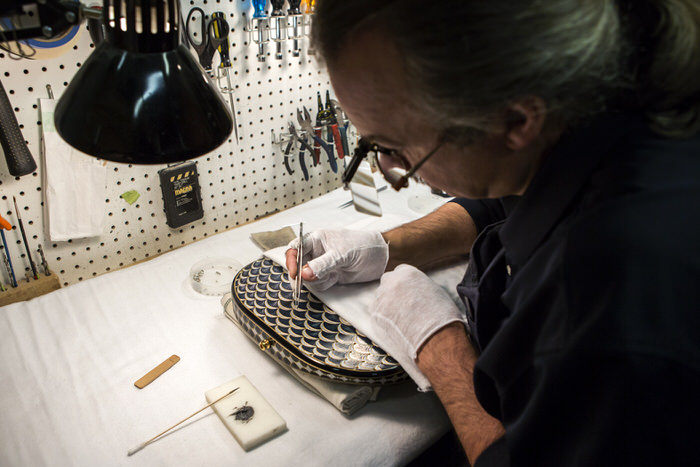