Not all Russian oligarchs do crazy things. Here is one who has more noble intentions on how to spend his money. Billionaire Viktor Vekselberg funded private Shuvlov Palace Museum is holding an exhibition of 4,000 pieces of valuable art and paintings. Items on exhibition include a collection of nine Fabergé eggs and Renoir paintings. The majority of exhibit items come from Vekselberg’s private art collection.

The renovated Shuvlov Palace Museum in St. Petersburg is situated on the Fontanka River Embankment. Found in a run-down state, it was renovated at a cost of 1.2 billion rubles by Veksleberg and his Link of Times Cultural Historical Foundation. 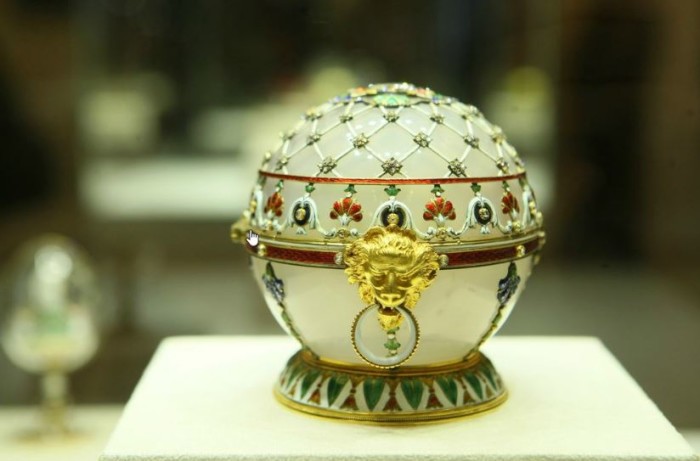 Vekselberg’s Fabergé Easter Eggs collection was purchased from the heirs of late Malcolm Forbes, the publisher of Forbes magazine in 2004. In the next several years Link of Times Foundation continued to add other works of arts and paintings to the collection.

As expected centerpiece of the collection is the Imperial Easter Eggs Collection, which includes the very first egg made by Fabergé. This egg was ordered by Tsar Alexander III for his wife Maria Fyodorovna in 1885. Another is the jeweled egg with enamel and painted detail given by the last Tsar Nicholas II to his mother, Maria Fyodorovna, which is decorated with his portrait as well as that of his heir, Alexei.

Another made to celebrate the first anniversary of Nicholas II’s coronation has a surprise inside, a model of a tiny gold carriage. Others contain a gold hen and an enameled rosebud. 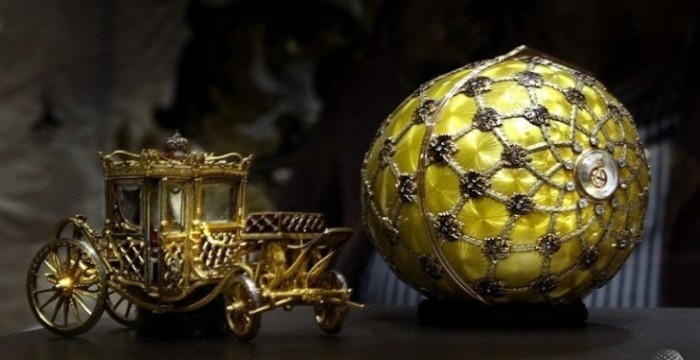 Speaking about the Fabergé collection and museum Vekselberg said “We really wanted to create a museum associated with the history of Russia in the 18th to early 20th centuries. One of the symbols of this period – Carl Fabergé, rose to the top of artistic jewelry craftsmanship. We want visitors to not only see the beauty of the exhibits but also to feel the spirit of the history of that era.”

At hand for the opening ceremony was Russian PM Dmitry Medvedev. The exhibition and the museum will open to the public in early December. 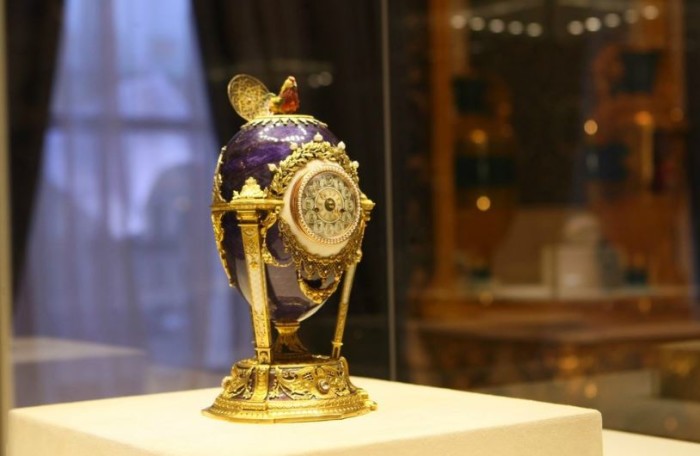 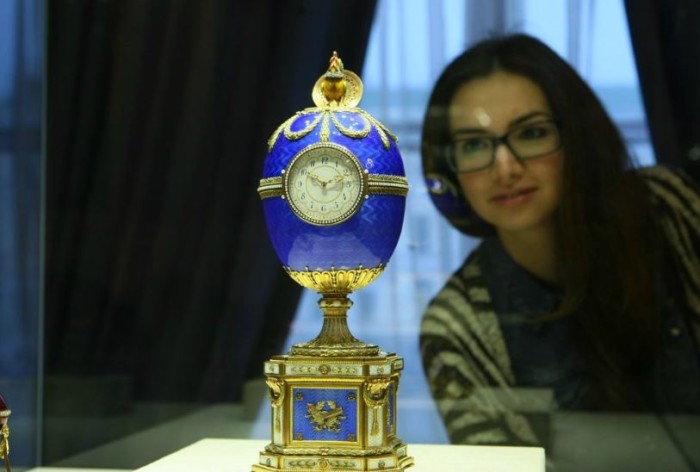 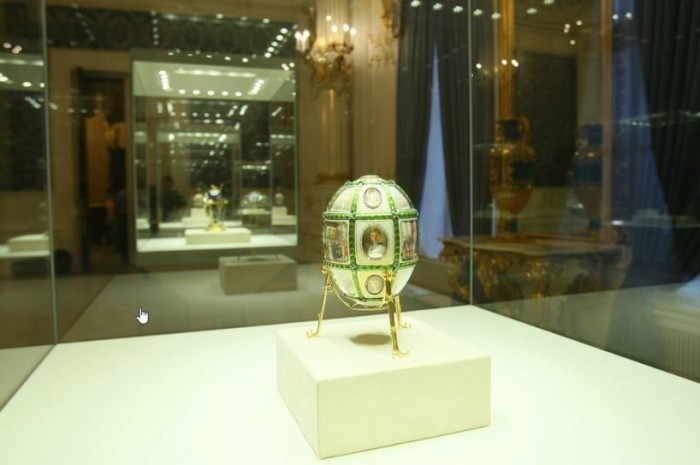