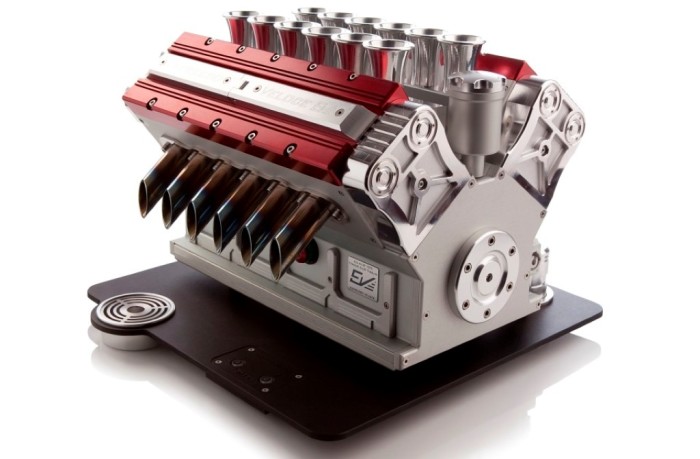 How about making your morning cup of coffee with a V12 engine inspired coffee maker? This particular coffee maker named – The Espresso Veloce Serie Titanio V12 is designed to replicate a half-scale Formula One engine. Even more impressive is it’s made from the same material used in making F1 engines such as like titanium, aluminium and stainless steel.

In all over 90 components, machined from solid billets are used to assemble the machine. Truly a car enthusiast’s coffee maker, it dispense coffee through titanium made “exhaust pipes” to “piston-shaped cups” made from stainless steel. To add more car credence, exhaust pipes were put in a fire breathing zirconium ball-polisher for 18 hours to give it a blued discoloration of a racing car exhaust, as well as its shiny finish. Most of the other components are made from high-quality alloys, and welded using tungsten and argon.

Even under the hood coffee machine works more like an engine, water is poured to engine’s oil filler cap, which works its way through a heat exchanger to boil water and send boiled water through the head.

The production of the Veloce Serie Titanio V12 is limited to 500 units. That’s with good reason, it comes with a price tag worthy of a Formula One car at £9,000 or around $15,000. In addition to V12, there are versions of V8 and V10 engines. All three versions are also available in more affordable carbon fiber variety. 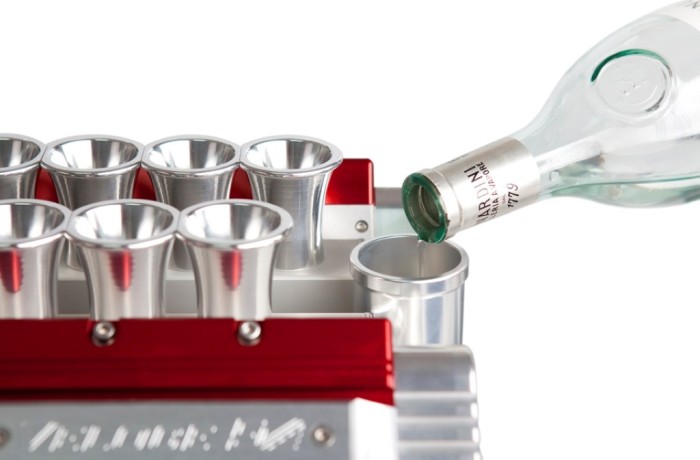 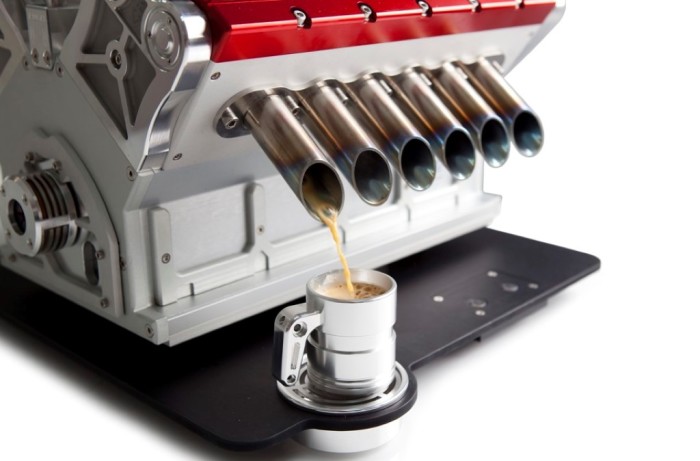 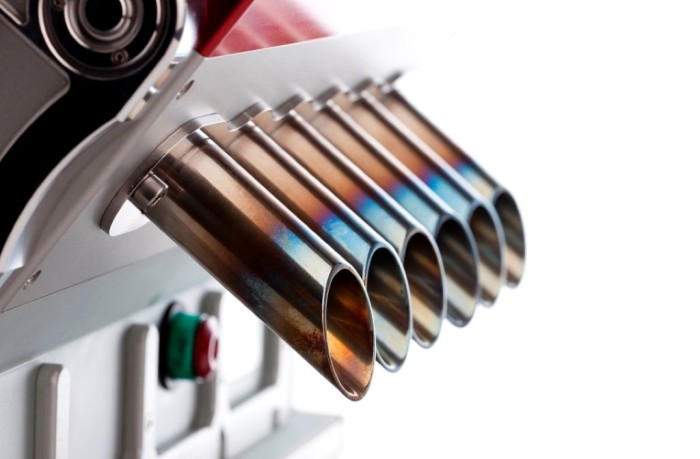