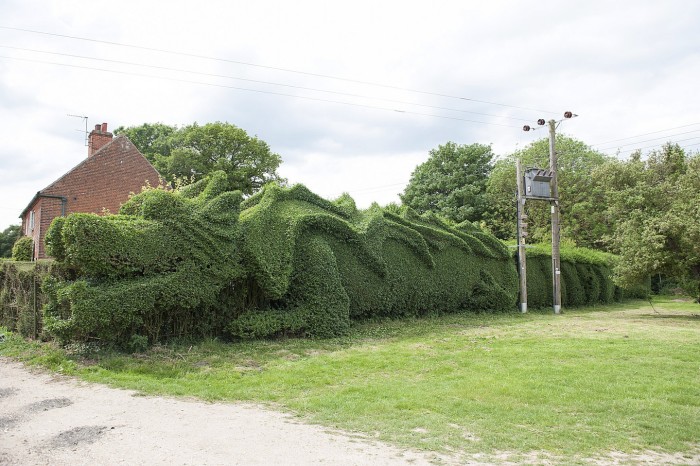 When you are retired, have a garden and a good eye to draw a curve, then you’d be busy like Norfolk native John Brooker – carving a dragon. The 75-year old retired fan maker spends at least three days every two to three weeks tending to the mythical design he created on the side of his rented farm cottage in East Rudham, Norfolk. Many have suggested, if there ever going to be another Harry Potter movie J.K. Rowling better off hiring Mr. Brooker to create fairytale creatures for her.

Mr. Brooker’s garden dragon is 10-feet tall and 150-feet long. It has bulging eyes, sharp tooth, flaring nostrils, a crested back, big legs and pointy claws. To maintain and fashion his dragon, Brooker uses an electric hedge trimmer and a pair of 6-feet high stepladders. His wife, Pippa, a retired graphic designer helps him with design, which changes constantly with new features added. 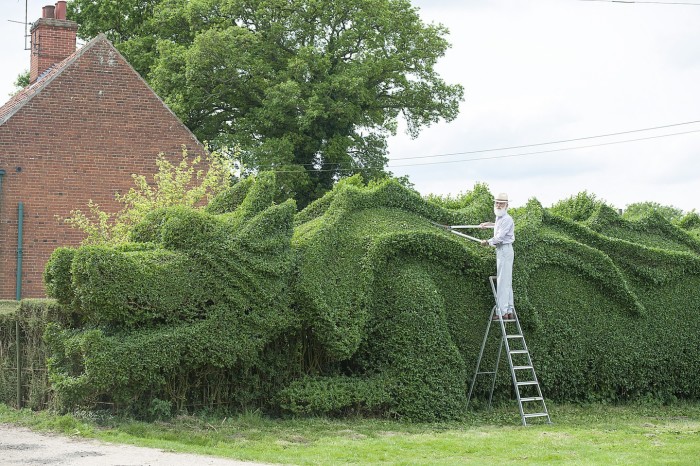 John has spent 13-years creating his masterpiece. Speaking to BBC about his project, he said “I was standing at my kitchen sink one day and thought the hedge was boring so decided to do something with it. I think the dragon came from my days in the Army. I did two tours in Malaysia so the dragon must have been in my subconscious. I’ve added wings and the top was quite plain but every year I add another couple of lines for definition. I was always told by my maths teacher that I had a good eye for drawing a curve.” 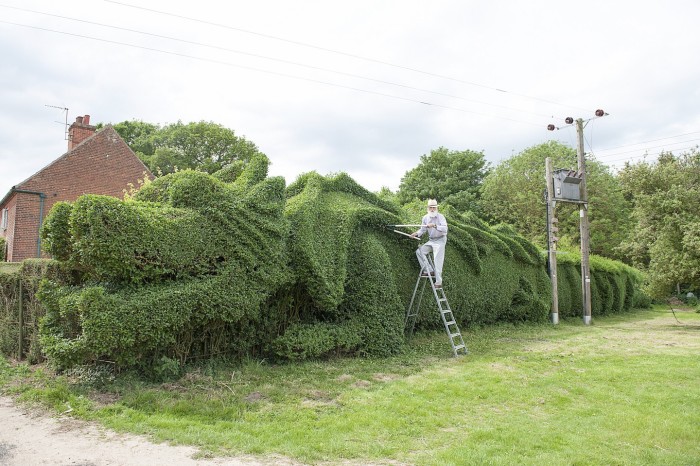 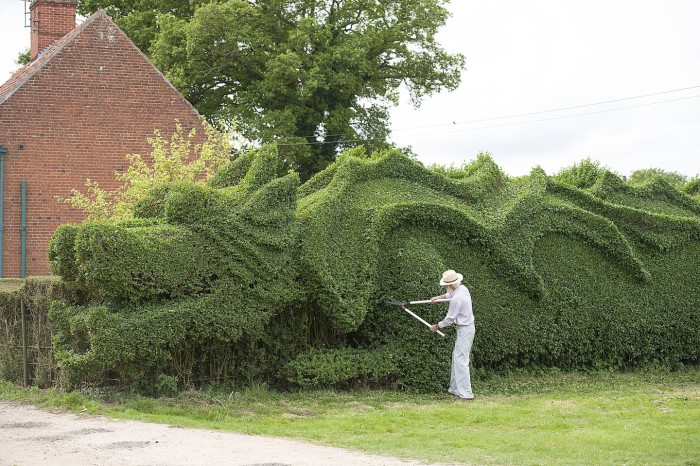 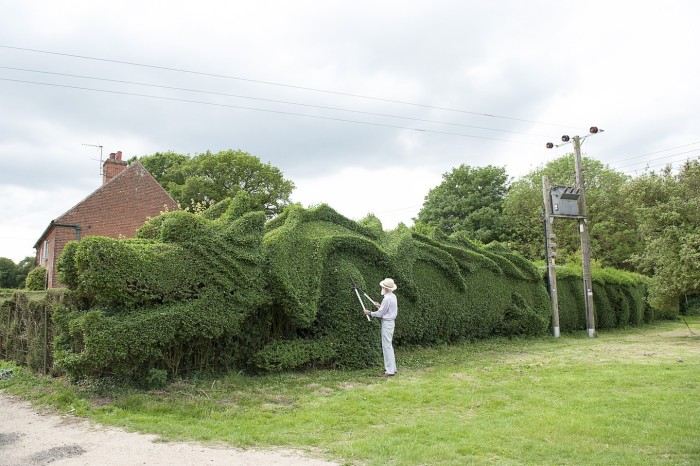 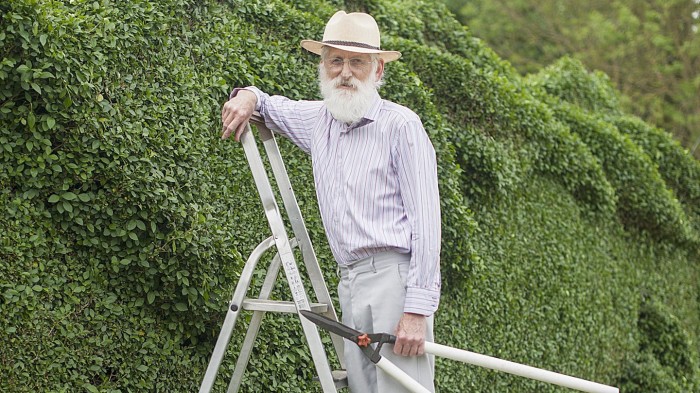