Donald Trump is the king of sleazy, cheesy and greedy – all at the same time. His Rust Belt voter bloc who cannot afford to pay a $100 medical bill it if ever come to that, now get the chance to fork out $150 for a “Make America Great Again” Trump Christmas ornament to make Donald richer than he already is.

The collectible ornament is as red as it gets, in fact, a lot redder than anything even Santa has. The marketing mumbo-jumbo on the Donald J Trump online shop says, “Get in the Christmas spirit with your very own Make America Great Again Red Cap Collectible Ornament. Made of brass and finished in 24 karat gold, this ornament is sure to make any tree stand out.” 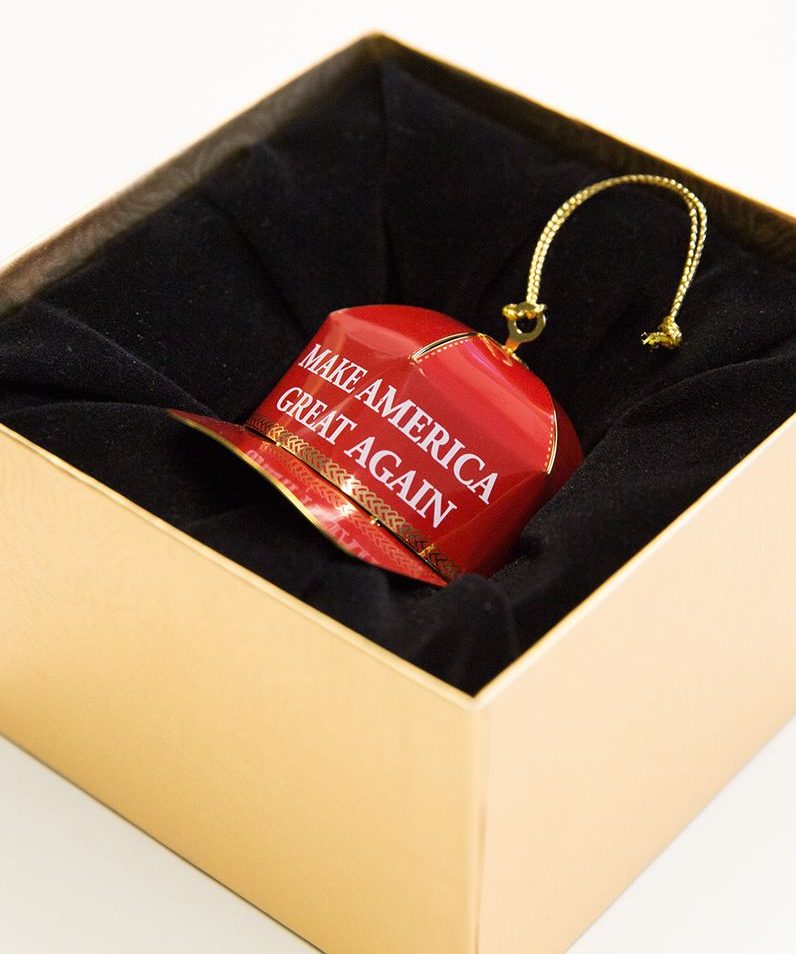 Esquire writer Luke O’Neil or someone he knows received an email from Alex, Trump Store manager that read “Friend, I’ve got just the gift for you and every President-elect Trump fan on your Christmas list….” The email says finished in 14 karat gold, but the online shop says it is 24 karat gold – as with all things Trump you never know where the truth starts. Email also reminds everyone the ornament take after “the classic red MAGA hat.”