Rocking and rolling shiny pony, every kid in the world want one. What I don’t know is if any kid gets to rock on a crystal studded pony. Because this beautiful creation from Stevenson Brothers is more of an ornamental variety than a rocking variety. The steel gray horse fittingly named, Crystal is a collaboration between Stevensons and the Fernandes Exquisite Creations. Embellished with Swarovski crystals and made of pure silver, this fancy Crystal Rocking Horse going to look right at home in a luxury mansion or a castle. 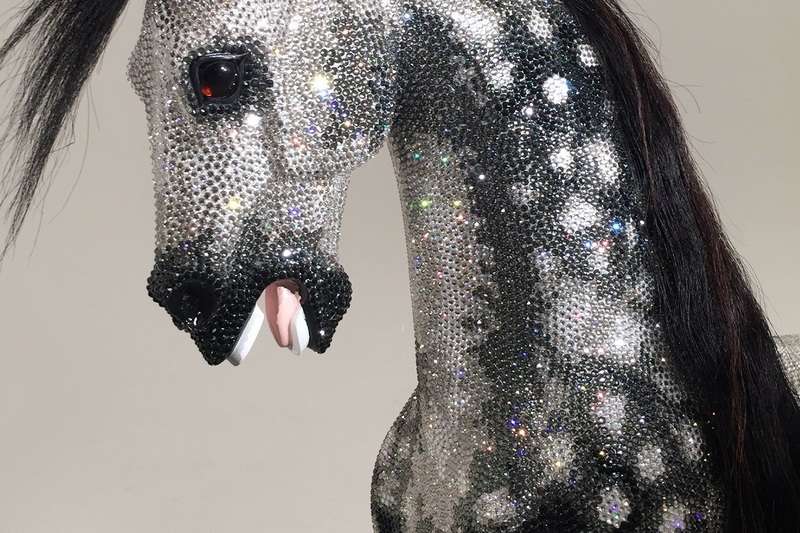 As the Horse Channel correctly pointed out this is not a high-maintenance horse (except perhaps insurance). After you pay the hefty asking price of £98,400 (approx. $122,360), it will just sit there without bothering anyone. Nonetheless, it is as expensive as buying a well-bred one with talents for all things horsey and outdoorsy.

The Kent-based Stevenson Brothers started their business to restore antique rocking horses, and create new ones including exclusive pieces like Crystal. Along the way, they gathered a client list that includes everyone from Joanna Lumley to Madonna and Paul McCartney. Even Prince George received one of their pieces as a Christmas present in 2014 – a rocking zebra valued £4,000. 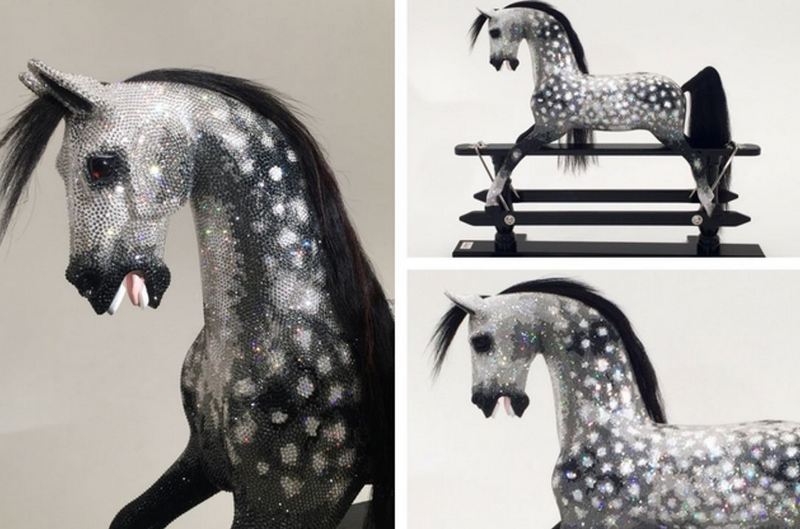 It took Stevenson Brothers six months to create this one-of-a-kind horse. Afterward, the husband and wife team of Fernandes Exquisite Creations hand-embellished it with 82,000 shiny Swarovski crystals. Right now Crystal is on display at Stevenson Brothers Showroom in Bethersden, Kent. There are plans to take it on a weekend tour to Monaco. After that, it heads to the Private Buyers Department in Harrods. From Harrods, it will eventually end up in some fancy home, soon.

Standard creations from Stevensons costs around £1,850-£3,200 ($2,300-$4,000). In addition to Crystal Rocking Horse, they also have plans to release an equally shiny zebra and a miniature unicorn in near future. If you want a rocking piece – be it a horse, unicorn or a zebra, you can have them made it for your exact specifications.