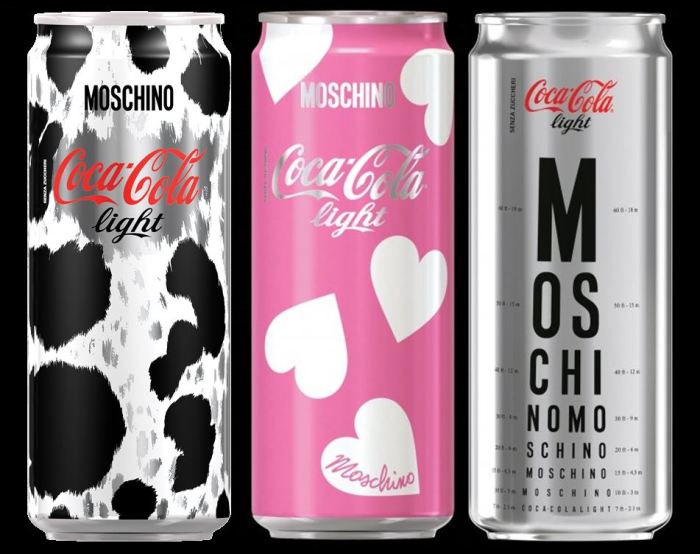 Coca-Cola has partnered with the Italian fashion house Moschino to create a limited edition three can series. The soft drink giant is no stranger to collaborating with creative minds to offer a different perspective of their much loved containers that include cans and bottles. At the beginning of the year they worked with Chantal Thomass to create a special spring edition just for France. Their latest collaboration with Moschino simply called “Coca-Cola Light Loves Moschino” was unveiled during Milan Fashion Week. Jeremy Scott designed series feature three designs that include Cow Print, Eye Chart and Hearts.

Over the years the Cow Print in black and white has been a symbolic feature for Moschino. The Pink Heart, another one of fashion house’s signature monograms to make constant appearances in brand’s collections, this year it was used in Summer 2015 collection, a real Barbie world. There is no need to explain the origin of the innovative Eye Chart design – it is just there for all to see.

Offered in 330ml cans, 500ml bottles and 1.75l bottles, the “Coca-Cola Light Loves Moschino” series will be available throughout Italy until December 31. A 1.5l bottle will replace the 1.75l bottle in Sicily. There is also a chance to win a Moschino signed t-shirt, every day until December 31, all you have to do is enter the code found under the cap of the bottle. For more information about the contest please visit the Coca-Cola Light Italy website. 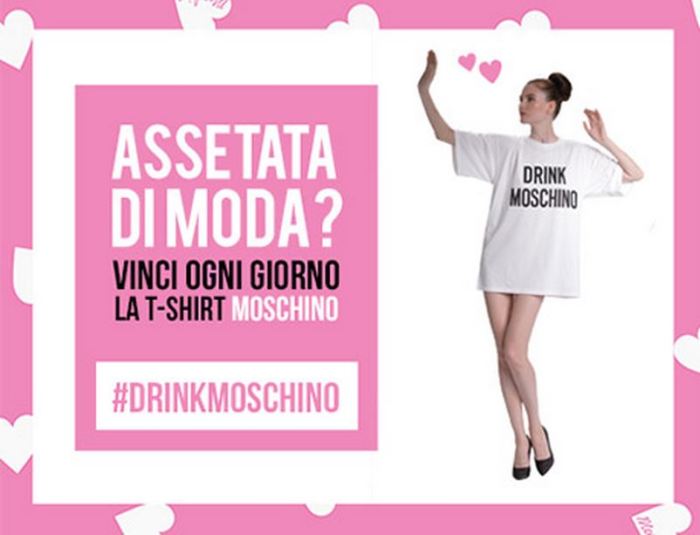