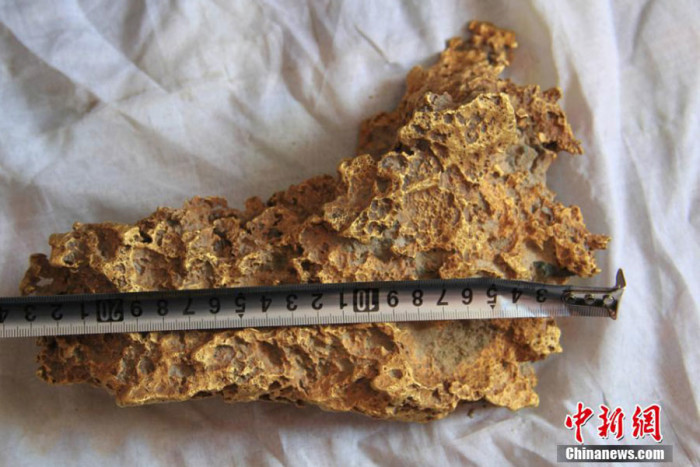 The Great Gold of China, if you can call it that. Berek Sawut, a Kazak herdsman from Qinghe County in Xinjiang Uygur region stumbled upon a 17-pound gold nugget. Experts of all things gold estimates, that lump if at least 80% pure, would be worth Yuan1.6 million (about $260,000). The humongous nugget measures 9 inches long and 7 inches wide, and some romantics noticed it is shaped just like the map of China.

How do you manage to trip over a 17-pound gold nugget? Not much is known about that. Mr. Sawut however told Xinhua news agency he found it “practically lying on the ground”. Some are wondering if the farmer will be able to keep what he found. Don’t forget, Chinese law is complicate enough and the government seems to be non-believers of Roman law finders, keepers. 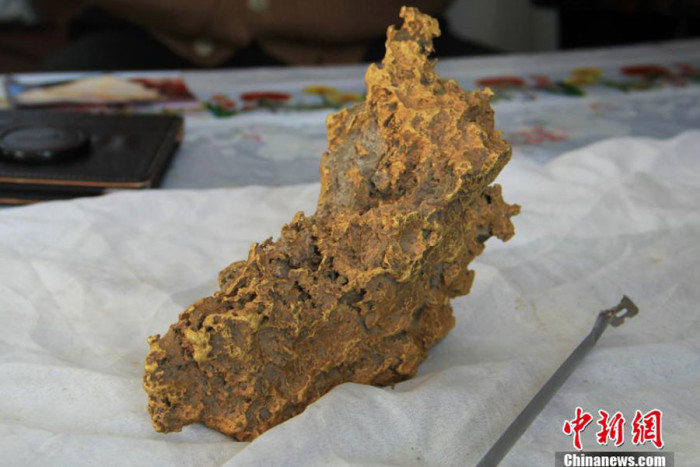 This actually is the second such large nugget they found, in 2010 a 4-pound gold chunk was discovered in the same region. For the last eight years China claimed the top spot as world’s largest producer of gold. So, hereafter we can’t act surprise when we hear similar stories from the region or the country. 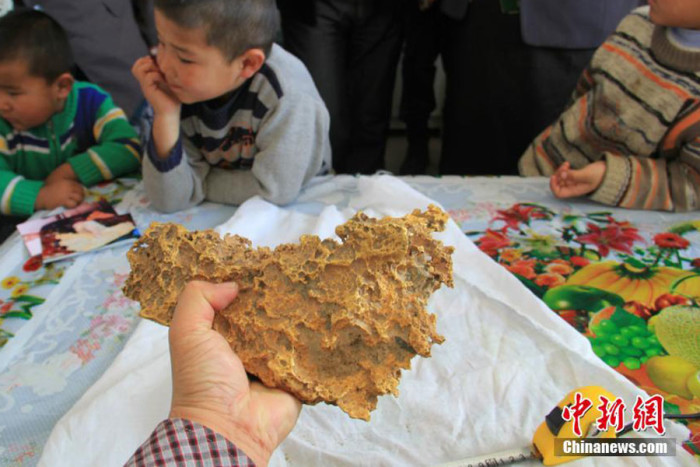