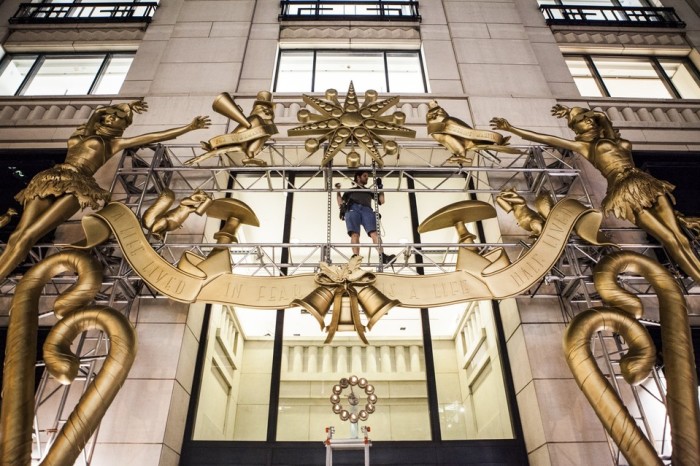 The Baz Dazzled Holiday windows are now open for everyone at the Barneys New York in New York. The holiday window display had a star-studded opening yesterday evening. The weather people promised to deliver snow for the day but ended up delivering a soaking wet evening (FYI – met people never deliver what they promise!) The wet weather failed to dampen the holiday spirits of everyone showed up for the event however. 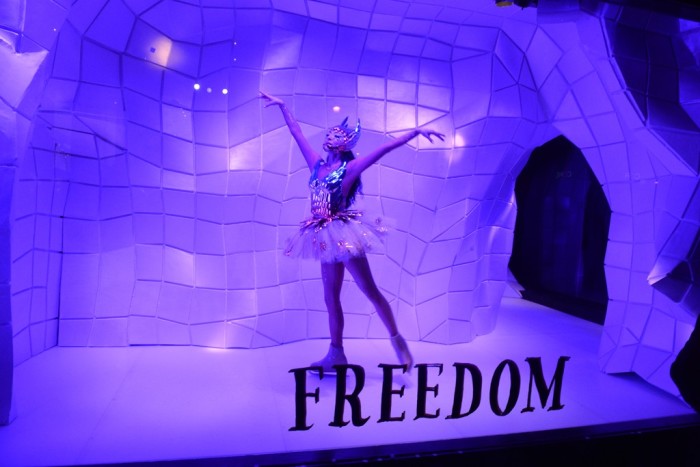 There are four holiday windows at Barneys this year all facing Madison Avenue. The windows named freedom, beauty, truth and love feature a mix of traditional and modern creations. The freedom window features an igloo like ice rink and feature a dancing ice skater. 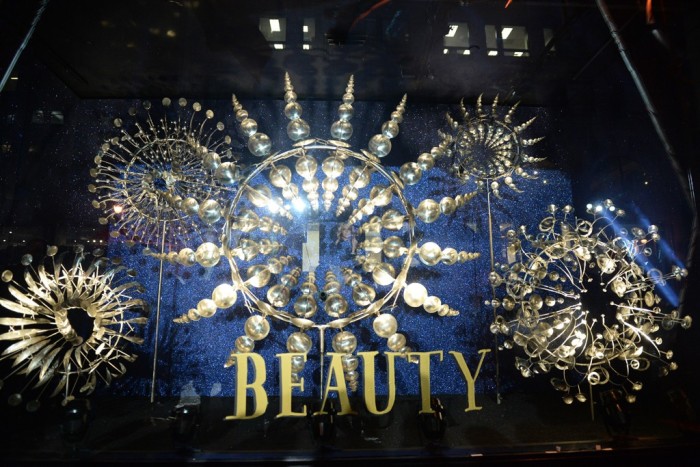 The second window named beauty is filled with sculptures made by Anthony Howe. 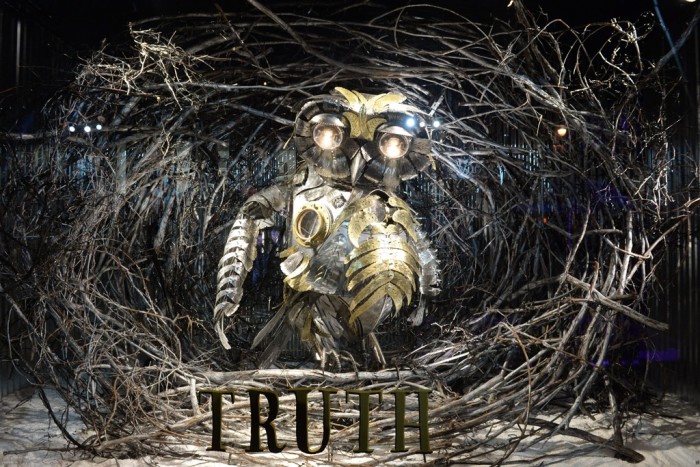 The truth window is a truly modern creation. It features an 8-foot-by-6-foot kinetic steam-punk talking owl, made out of laser-cut mechanical parts, will perch in a giant nest. 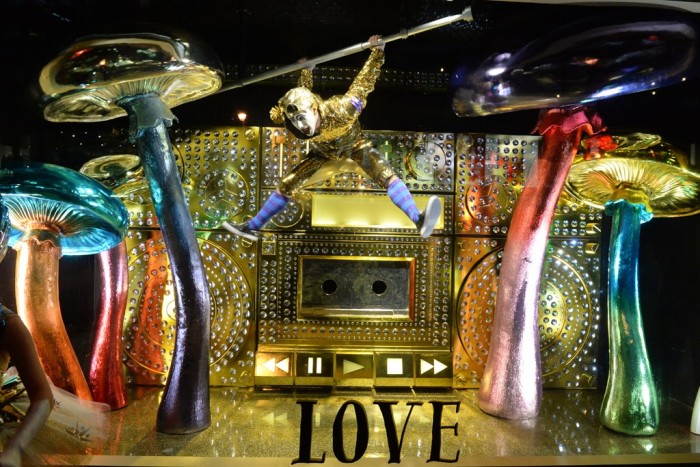 The fourth window is dedicated to love. Filled with colorful magical mushrooms it is home to a delightful elf character that performs modern dance moves (including break dancing). Made of  polychrome, mushrooms measure 9 foot and there is also a 15 foot by 10 foot boom box. The dancer is scheduled to perform Wednesdays through Saturdays.

Each window also come with their own soundtrack created by the cappella group Pentatonix. The Solar and Luna queens on the second floor balconies are also scheduled to perform on weekends.

The Barneys “Baz Dazzled Holiday” windows will be up for six weeks. 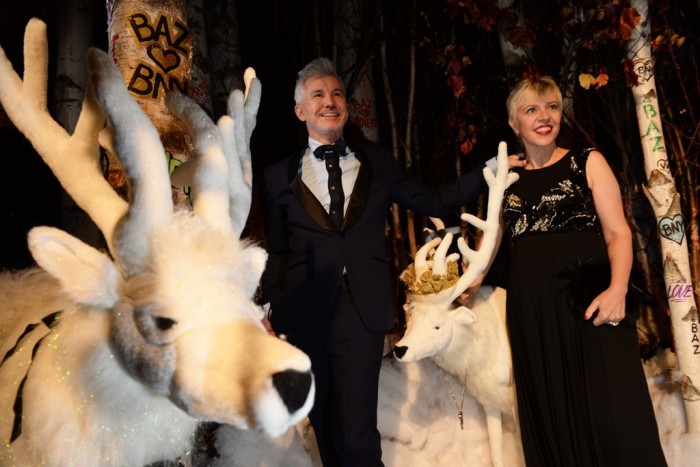 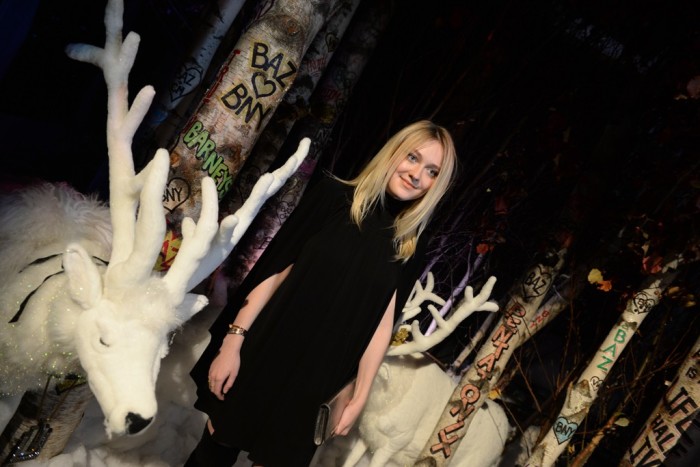