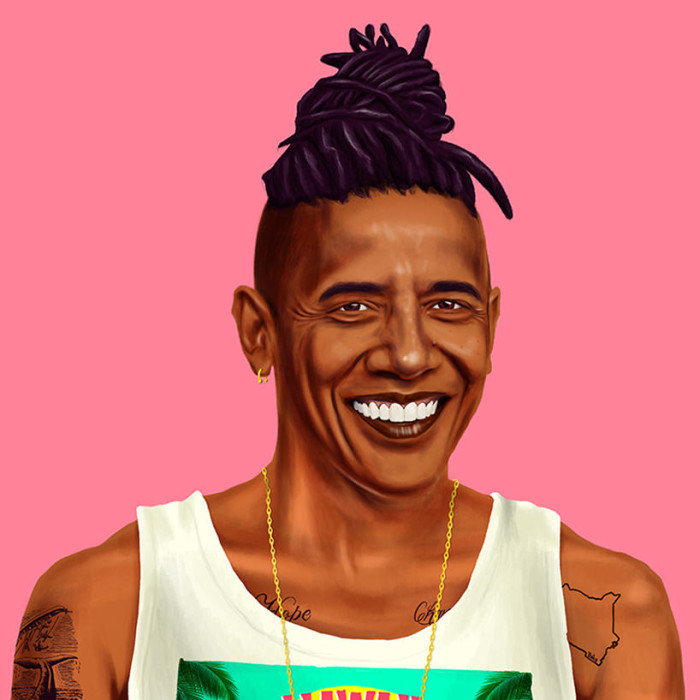 Designer Amit Shimoni apparently is not a big fan of how some world leaders dress and present themselves, too stiff in too formal attire. So he decided to give some of them serious makeovers. New hipster looks he worked on world famous names include a Barack Obama with words “hope” and “change” tattooed on his chest and sporting a trendy man-bun and an ear-ring. Then there is the Dalai Lama in a fashionable crimson hoodie, trendy eyeglasses and jewelry. As for the ladies he made sure to give Queen Elizabeth a serious makeover – she wears a white sleeveless blouse, a flower wreath in her hair and a necklace with the word “queen” spelt out. 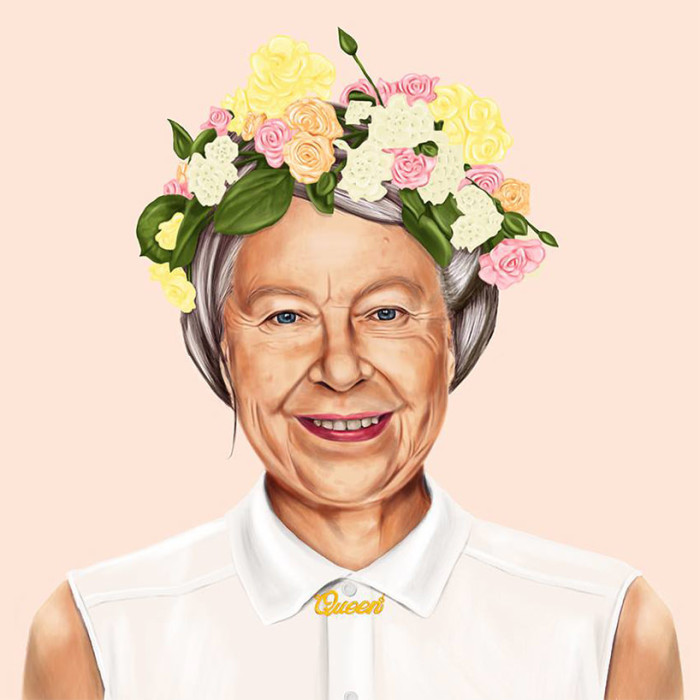 In addition to canvas form, Shimoni also offer t-shirts, tank tops, throw pillows and smartphone cases and skins with his art work printed on them. Pricing starts from around $15 for a smartphone skin. 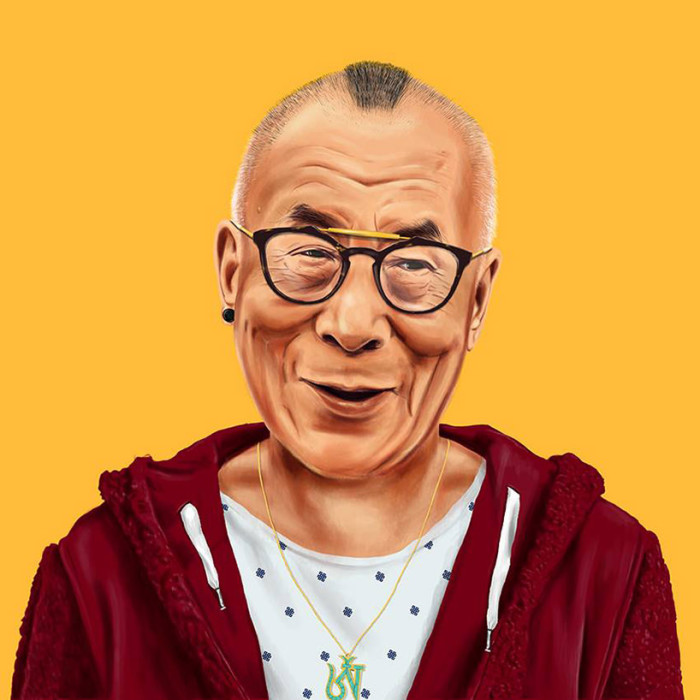 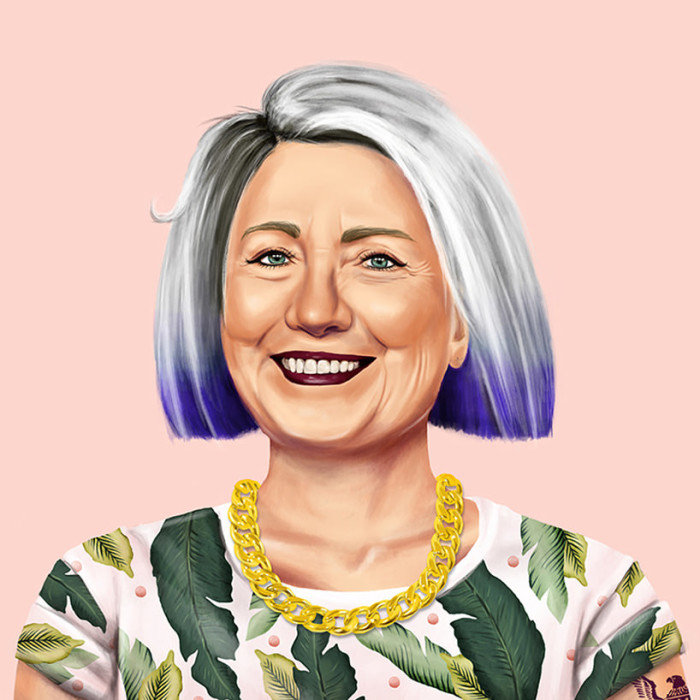 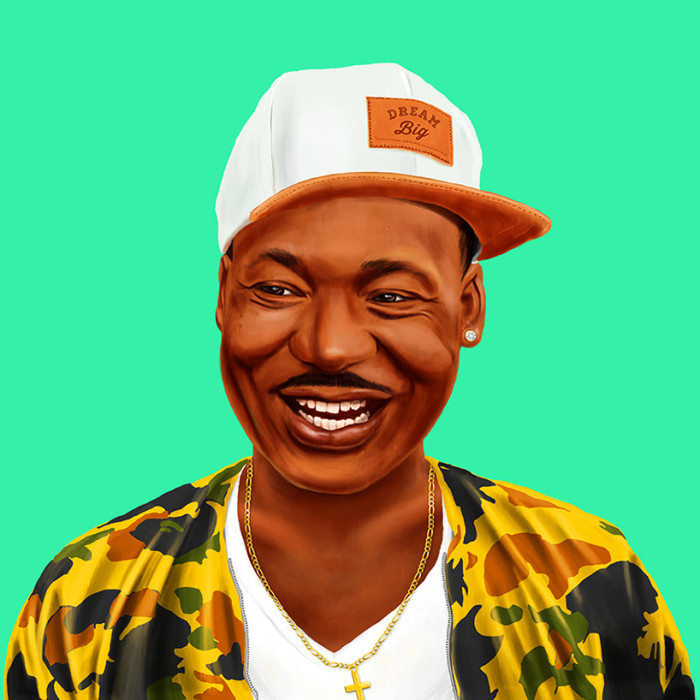 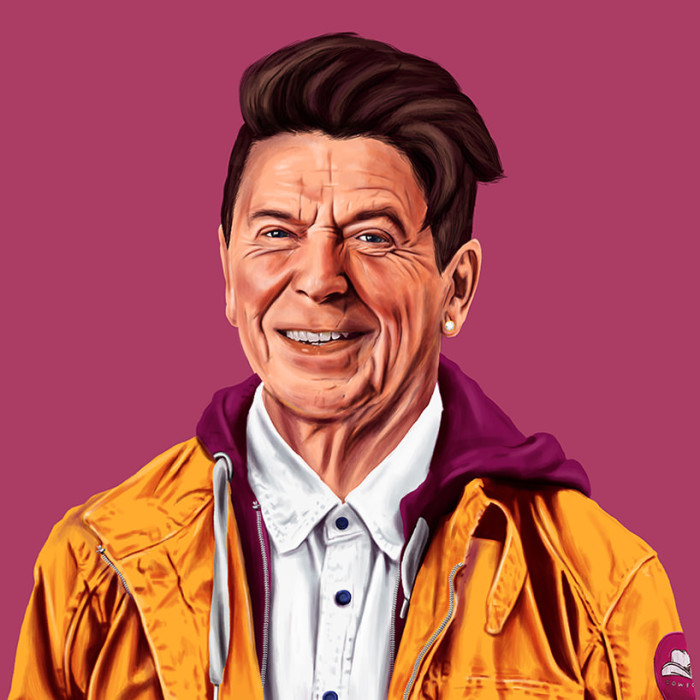