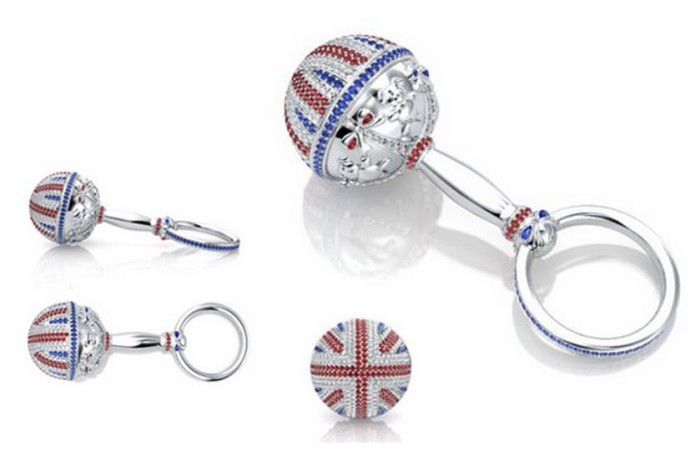 When young Prince George Alexander Louis was born back in 2013, a billion-dollar market for luxury and non-luxury baby items sprung up in no time around the world. Now that the second child of Prince William and Kate Middleton has arrived, there is once again a baby item frenzy around the world. Princess Charlotte Elizabeth Diana’s birth celebrated by many around the world in many ways. In the UK, Royal Mint issued a limited edition collection of gold and silver £5 coins and the Royal Mail issued a stamp in her honor. The Natural Sapphire Company also celebrating Royal Baby’s birth, in style, with a luxury rattle studded with sapphires, rubies and diamonds worth $45,000.

The jewelry designers at the Natural Sapphire Company made sure to add a touch of Britishness to the rattle by arranging precious stones to create a Union Jack. We can be pretty sure even if someone gift this exquisite 18 karat white gold rattle to the baby princess, there is no way she is going to play with it. More of an ornament and a collectible, it can end up as a family heirloom in year’s to come. In addition to the pricey rattle, the company is also planning to make jewelry pieces that might interest a princess, such as the Girls of Great Britain and Ireland Tiara with a modern spin to include pink sapphires. 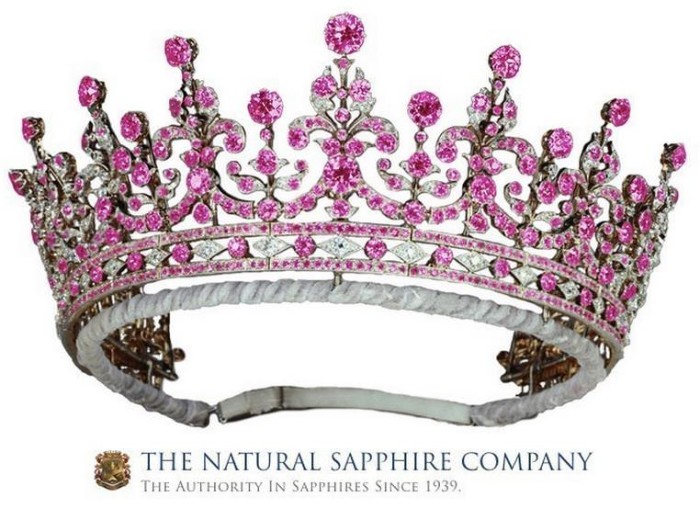 Natural Sapphire Company spokesperson, Yvette Tse said “The rattle will be about five to six inches in length. It will be fully functioning, though it probably shouldn’t be used by an infant. It’s more of a commemorative object.”

When Prince William and Kate Middleton announced their engagement in 2010, the company made a fortune selling sapphire studded rings. The Natural Sapphire Company founded in 1939, specializes in natural untreated sapphires. Since the royal engagement their business grew by 300 percent. 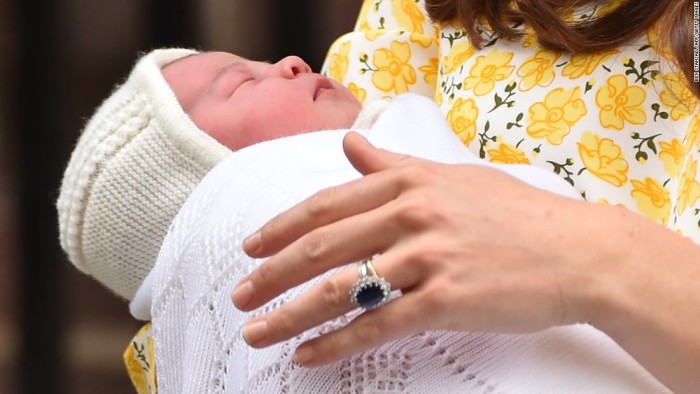