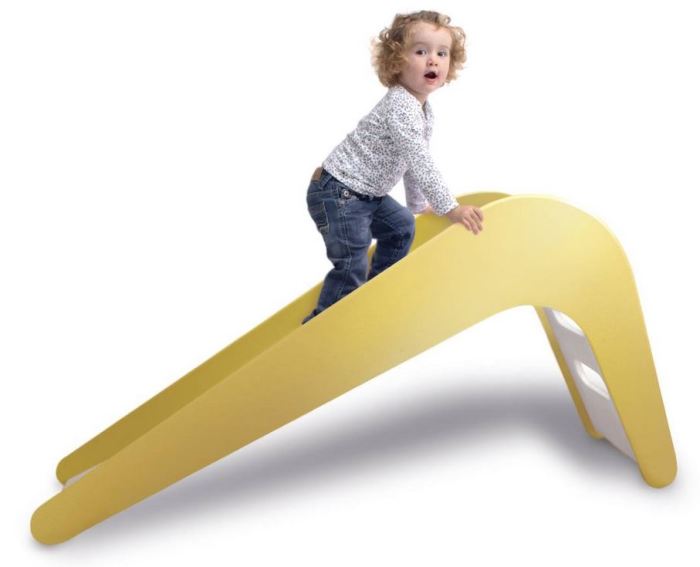 What a great idea – a matching gold slide for your tot, to go with that diamond studded pacifier from Kalfin and the sold gold bassinet from Suommo. Jupiduu, a company based in Germany, just unveiled their luxury toy for toddlers, a 24 karat gold leaf slide called the “Golden Unicorn”. You can make your little tot the happiest kid in your tony neighborhood by spending €9,990 or about $13,000. Measuring around 57 inches in length, I would say one of these shiny-slides are a perfect gift for kids named North West or Blue Ivy.

Jupiduu apparently didn’t start out to make gilded slides for kids. Back in July, when Prince George turned one, they sent him a blue slide as a birthday gift. Since then demand for their wooden slide has gone up from not-so-royal parents eager to give their little ones a taste of royal life. However, parents in the Middle East not satisfied with the vanilla version asked Jupiduu if they can make a gold version. So far their Golden Unicorn order tally is four – all from Dubai.

A parent not happy with the vanilla gold version asked Jupiddu to put together a more extravagant version. So have made a gold slide embellished with rubies – yes. A real blinged out Golden Unicorn. Jupiduu founder Kai Buschmann didn’t say how much this ruby version cost, but said “it was definitely the most expensive children’s slide in the world.”

Real royalty, Prince George maybe sliding down a blue wooden slide, while not-so-royal princes and princesses of the world are playing with gilded versions. All is not lost for your kid, you can get one in blue, pink, green and white for more affordable price $240 to $315. 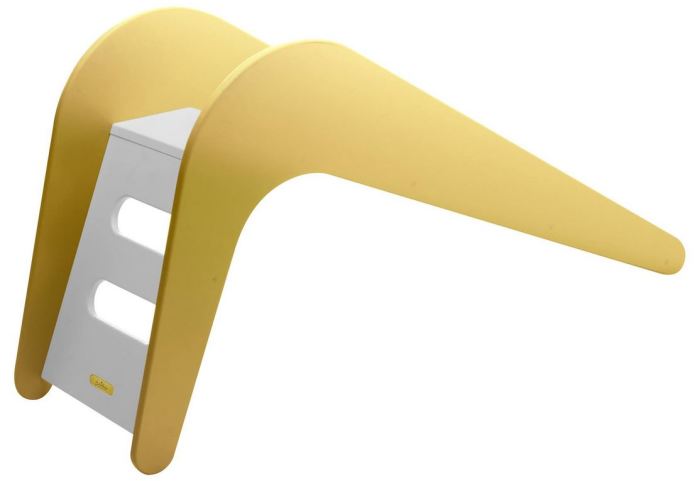