In 1964, three film stars at the height of their fame Rex Harrison, Ingrid Bergman, and Omar Sharif starred in the movie The Yellow Rolls-Royce. However, the protagonist for the movie was a 1930 Rolls-Royce Phantom II in yellow. Fifty-plus years later Rolls-Royce’s famous Bespoke division decided to give one of its Wraith’s a makeover based on the movie version.

Packed with luxuries and looking like a busy Queen Bee, two-toned version arrives with exteriors decorated in “Golden Yellow” along with hood and roof in metallic grey. Wheels, also done in twin colors feature black and polished grey/silver alloy spokes. Interiors continue with the black and yellow theme. Black leather seats with yellow accents for interlocked RR on headrests, seats, and the dashboard rims. The luxurious wheels also feature automaker’s famous Starlight Headliner on the ceiling, fiber optics designed to look like constellations in the sky. 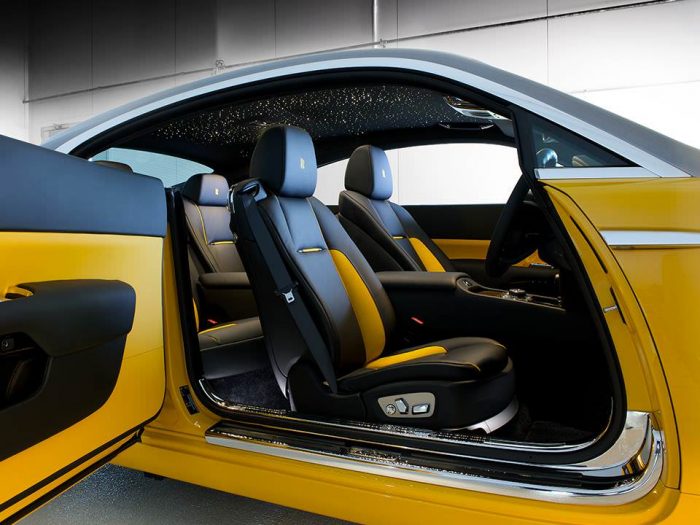 Rolls-Royce prides itself on being on the extreme end of luxury. They have a business model based on making some of the best bespoke cars in the world. When they introduced the Wraith, their target audience was millennials, so they made it a bit sporty. Rolls-Royce’s cult personality is there for a reason, thanks to that the yellow Wraith can get away with looking like Queen Bee. For sporty wheels, Golden Yellow is a perfect color, wouldn’t have been the same if a Phantom had this makeover. 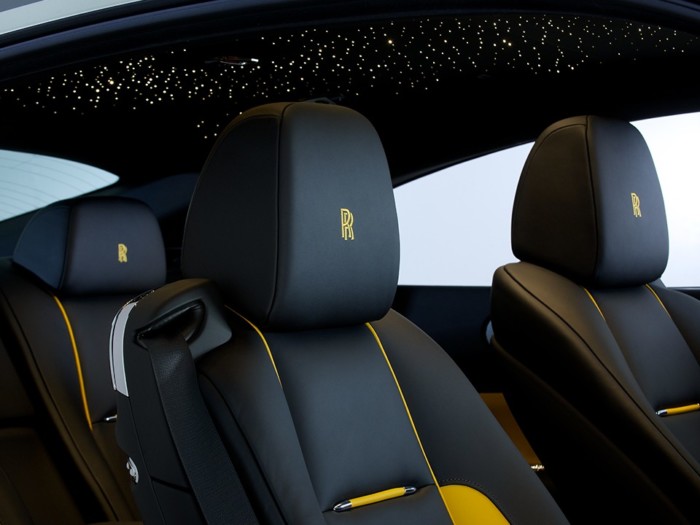 Now back to the movie. If you haven’t heard of it before, here’s the short of it. It tells the story of a 1930 Rolls-Royce Phantom II and its three owners before, during and after the WW II in Europe. The first owner the Yellow Rolls-Royce was the Lord and Lady Frinton of England. The second and third owners were an Italian Mafia boss and a wealthy American widow (played by Bergman). The film itself didn’t do well at the box office, perhaps a victim of Mary Poppins also released in the same year. For comparison’s sake – Poppins box office intake was $28.5 million while the Yellow Royce managed to take home just $5.4 million. 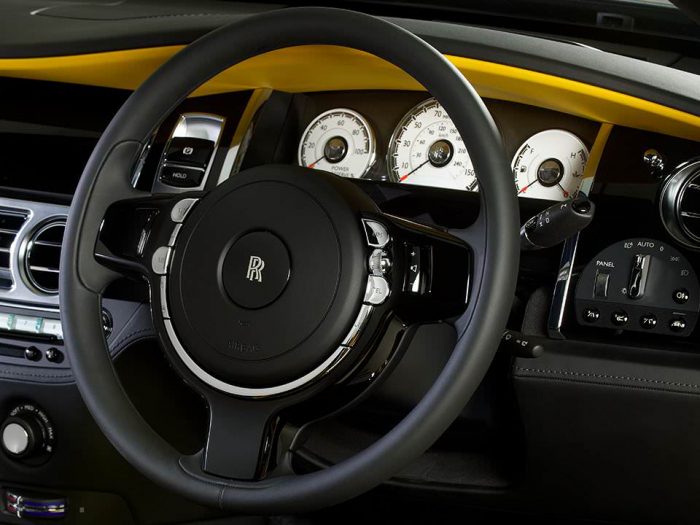 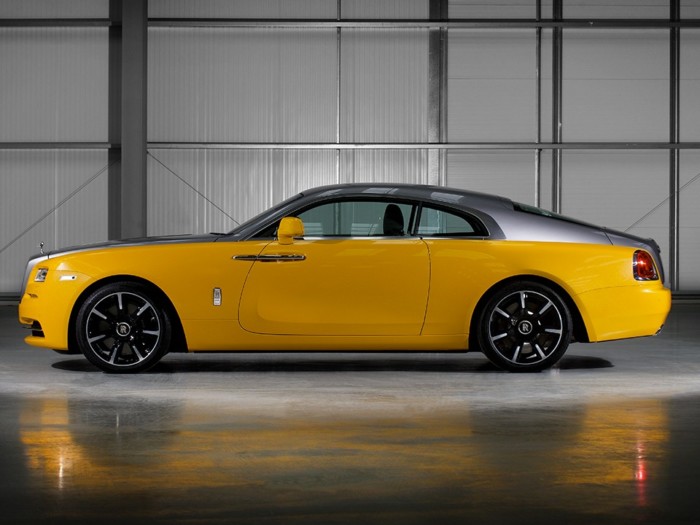