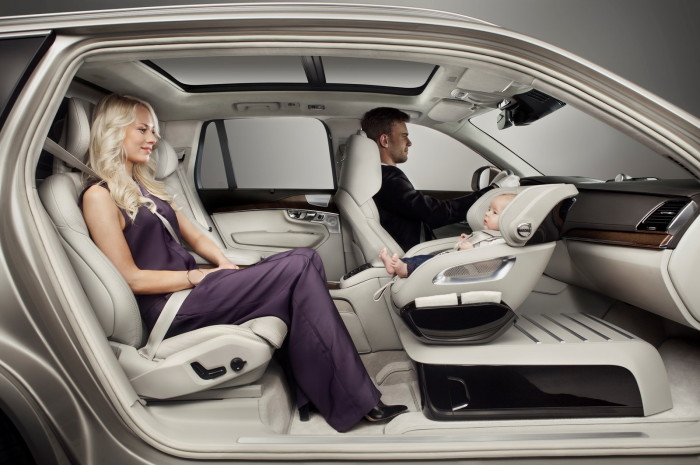 In April Volvo unveiled the Lounge Console Concept, a whole new way of looking at interiors of a car. Automaker is back once again with a new concept – this time around they are tinkering with a Child Seat Concept. This design too is based on the simple theory of removing the front passenger seat to maximize ergonomics and comfort for passengers including its littlest riders.

Swedish automaker’s preferred car for the experiment once again is Volvo XC90 Excellence. The Child Seat configuration feature a rear-facing seat – babies can interact and maintain eye contact with both the rear seat passenger and the driver. Just like with the Lounge Console concept this too offer plenty of room for storage that can be used for all things a baby need. It is also able to recline, allowing baby to sleep, and can be moved forward and back. Its swivel feature makes it easier to get the baby in and out of the seat. 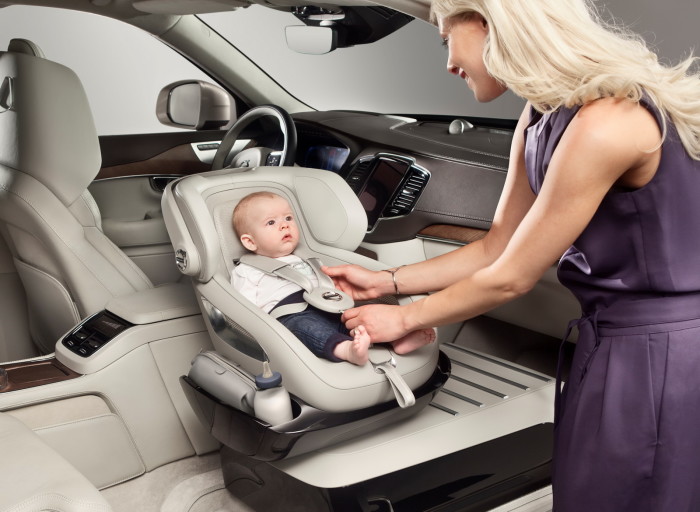 “For us the safety, convenience, and emotional factors outweigh everything else,” said Tisha Johnson Chief Interior Designer of Volvo. She also added “Being able to maintain eye contact with your child from the rear seat, or being able to keep a bottle warm in the heated cup holders in the XC90 Excellence, would go a long way towards making life easier for parents taking their small child on a trip. Such alternative seating arrangements will become increasingly important as we move towards autonomous vehicles.”

Once again this being a prototype Volvo has not made any comments about it actually making it to the production stage.