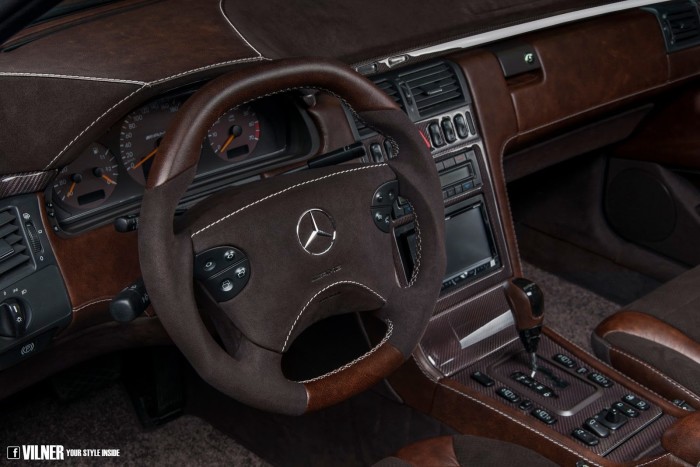 According to Bulgarian tuner Vilner, between 1997 and 2003 Mercedes-Benz’s production line spit out just 12,000 E55 AMG’s. Out of those only 15 are E55 AMG 4MATICs, all custom ordered. Vilner now has possession of one of the 15 and did what they are best at doing – giving it a facelift. No changes made to its engine and exteriors retained its looks except for wheels and tinted windows. However, car’s interiors received a complete Vilner makeover.

List of upgrades are too long to list, but owner’s preference for numerous shades of brown and exclusive leathers are pretty obvious. Seats are covered in cognac colored patina leather with complimenting perforated Alcantara in neutral colors. Steering wheel along with door panels also received the cognac patina leather wrap. Other major change include carbon applications lacquered in pale brown replacing wood veneer. Most of all Vilner crew is proud of the work they’ve done to the trunk – it received new leather treatment and the Affalterbach emblem, embroidered on the patina leather. 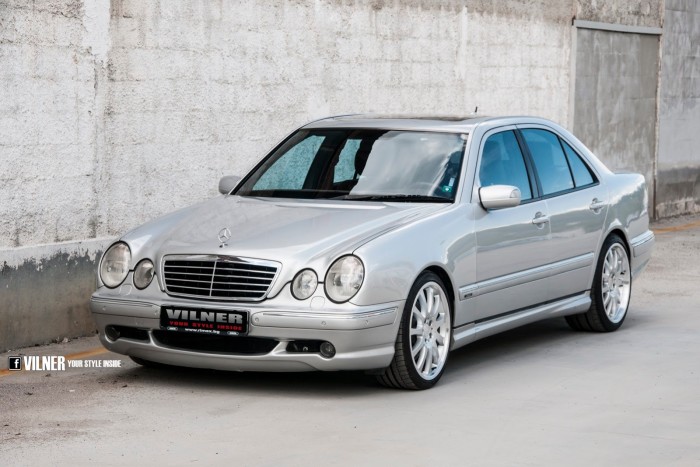 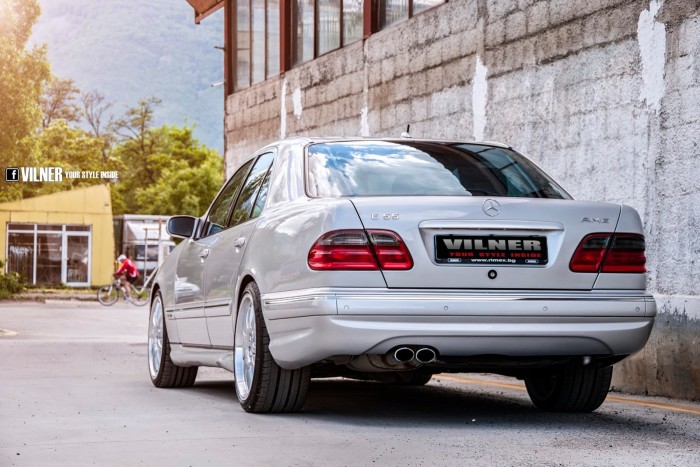 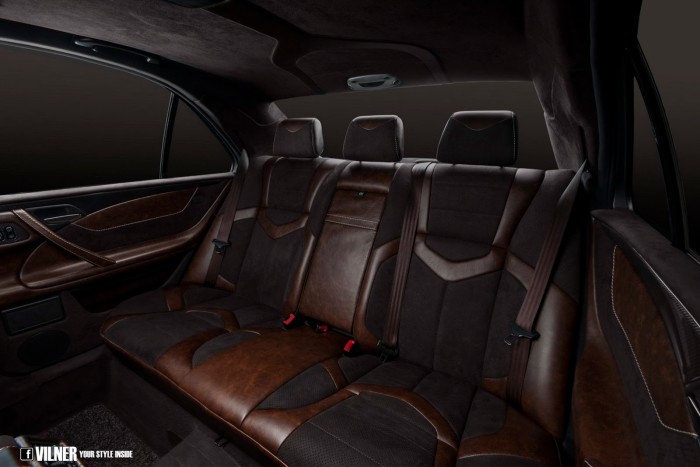 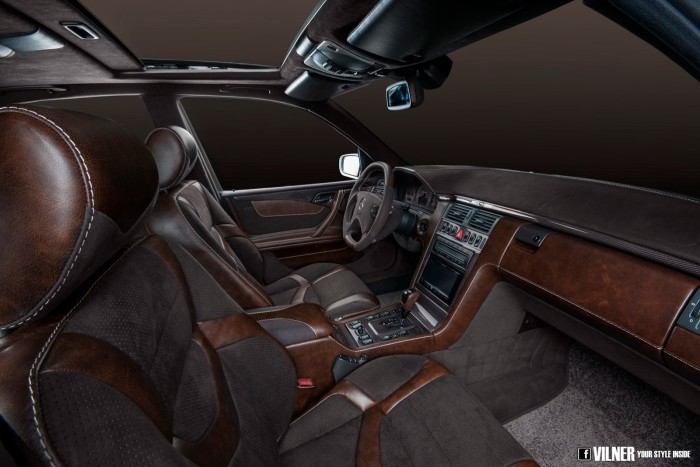 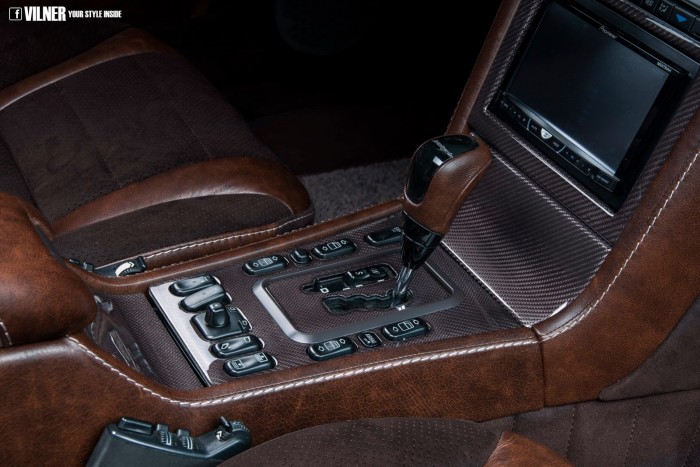 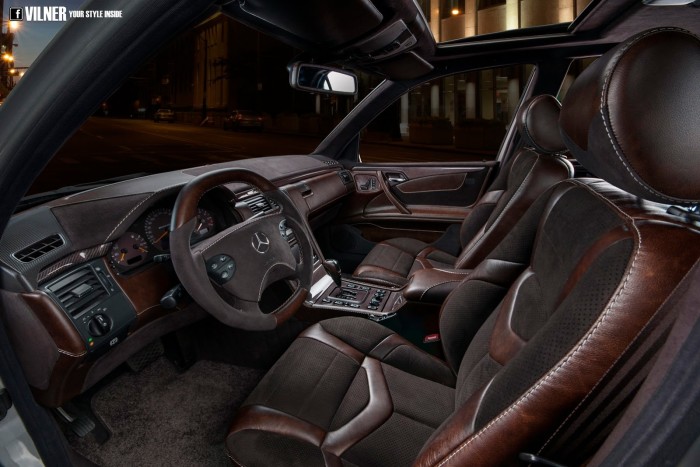 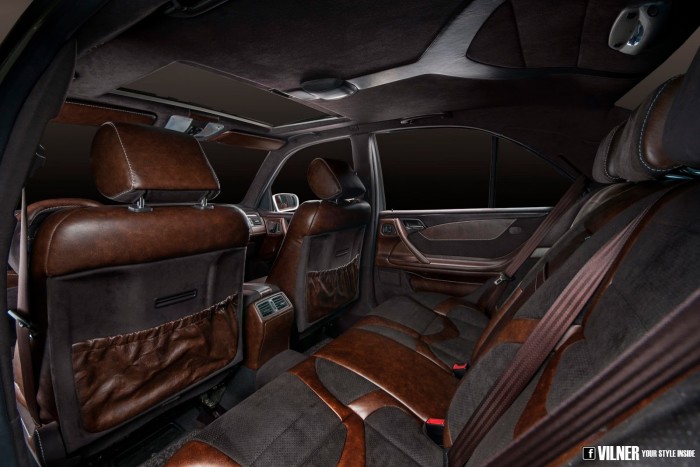 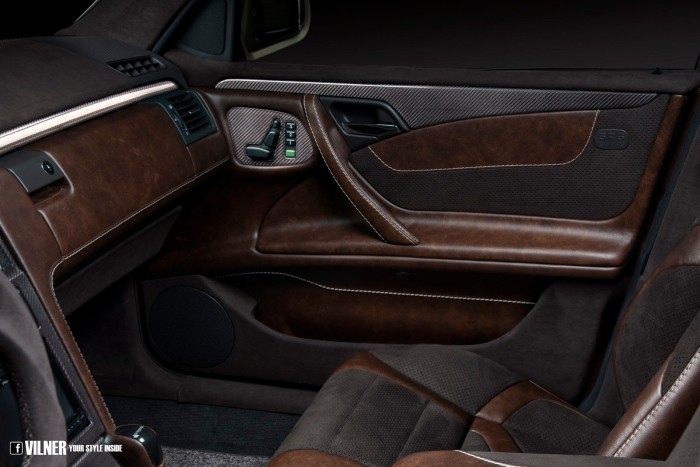 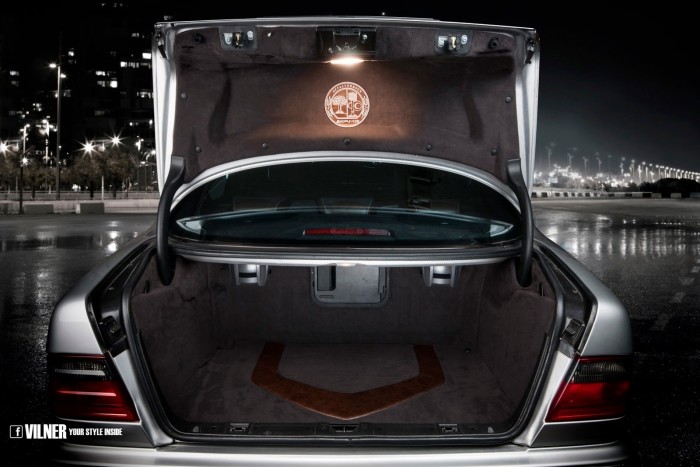 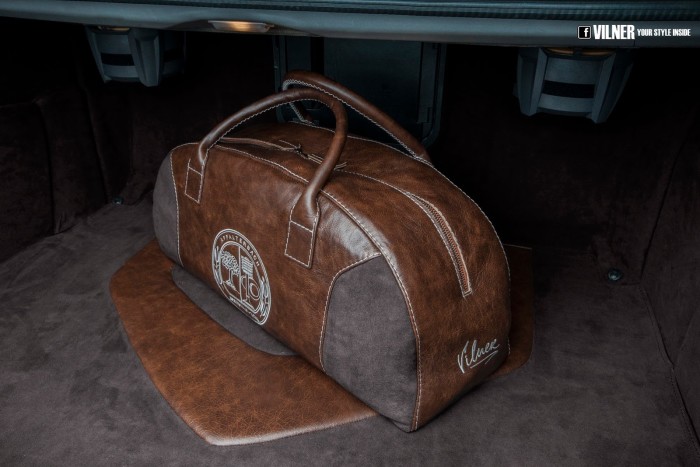 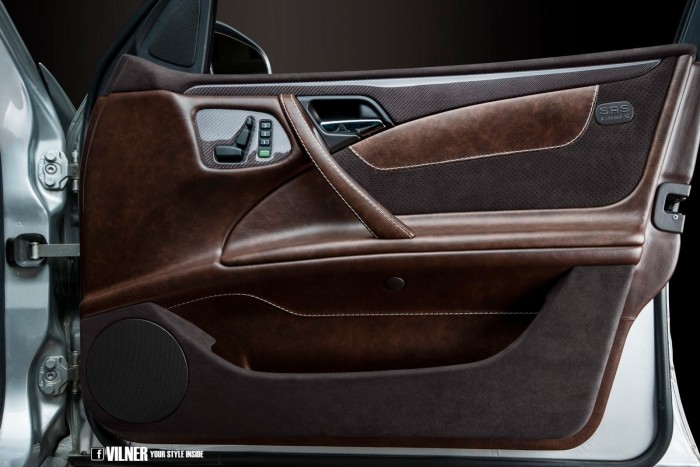 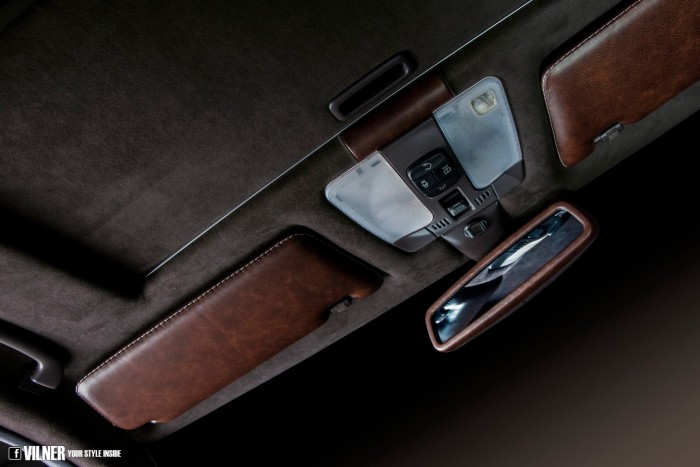