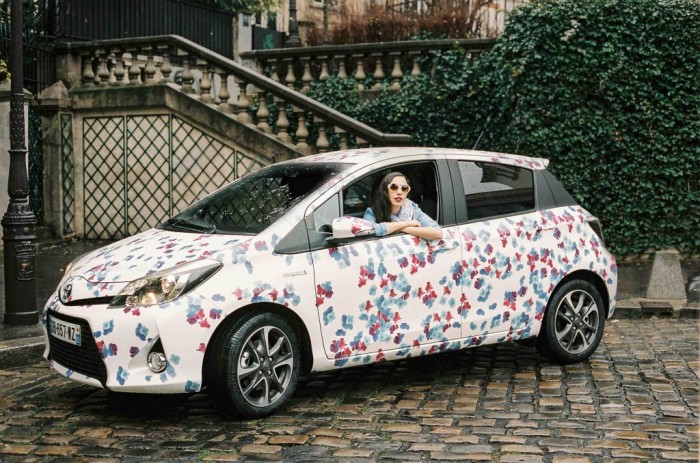 How about getting a new car with the new prints of the season? And, if those new prints are floral patterns would you buy one? Couple of life changing questions to answer, I am sure. Anyway, if you are happened to be in Paris at the moment you can see fashion taken to the street literally by Toyota during the Paris Fashion Week.

As reported by Charlotte Auvolant  and Capsule, Toyota plans to display 3 special edition Toyota Yaris Hybrids. Teaming up with Toyota for the project named “On the Road” are three prominent French indie fashion labels – Surface to Air, Calla, and Cacharel. They’ve given their unique patterns from spring 2014 collections to use as artwork on the cars. Toyota has chosen up and coming French actress and singer Alka Balbir as the face of the Capsule Toyota on the Road campaign. 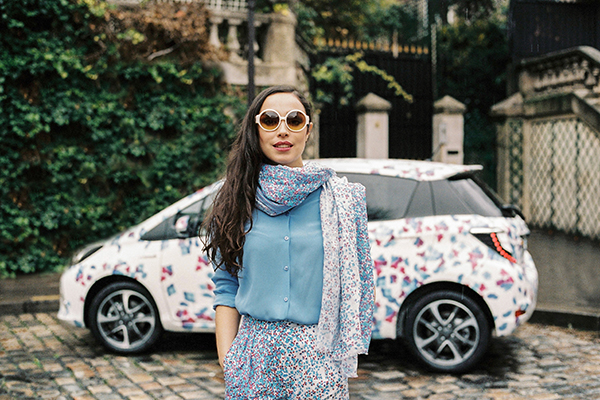 The floral wrapped Toyota Yaris’s will go on display and also driven around Paris by members of the French Fashion press corps during the fashion week. They will also be put on display at the Capsule exhibition from February 28th to March 2, 2014. There is no word on availability of these cars for the fashionistas of the world. We don’t even know if they will ever be mass produced, so don’t sell that Fiat special edition yet. 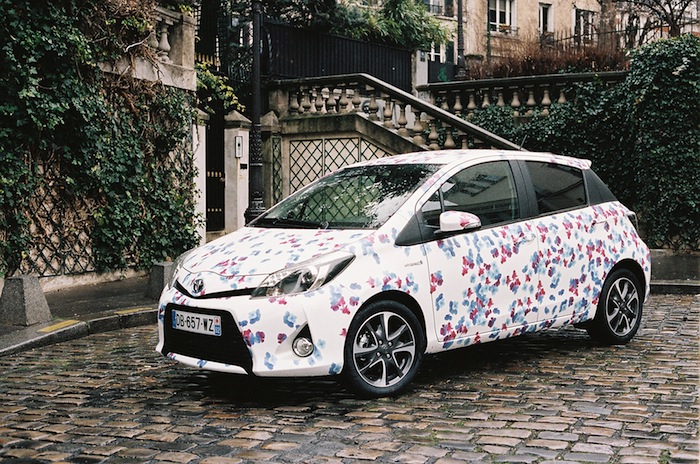 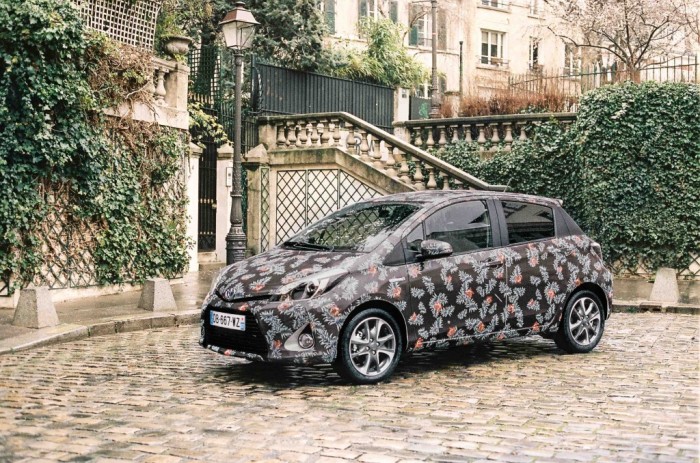 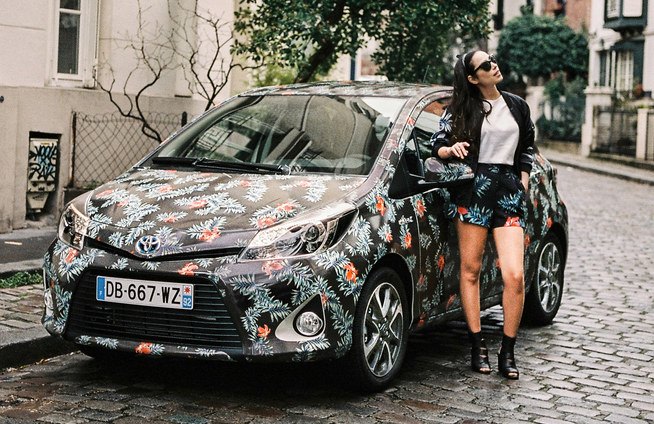 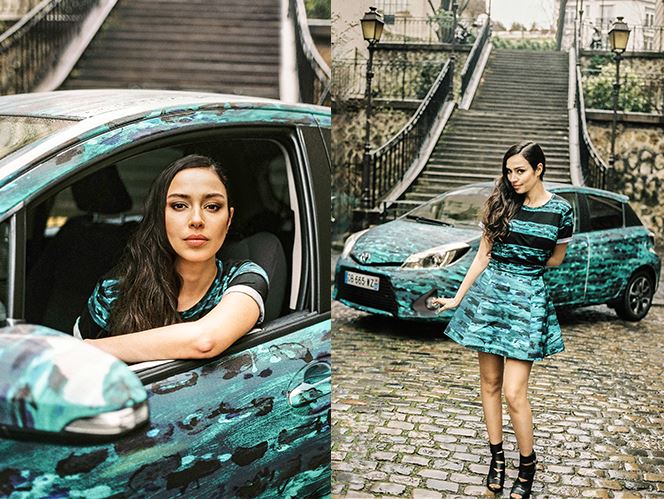 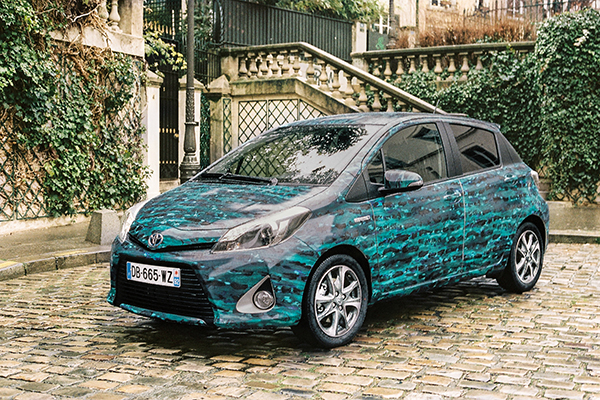