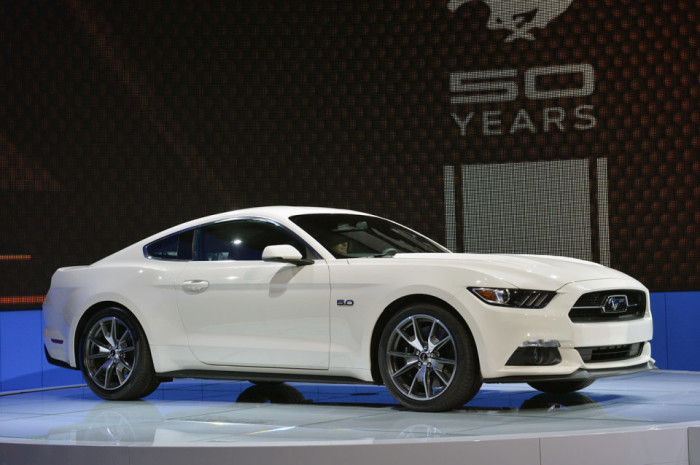 Yesterday during the event, Bill Ford, great-grandson of founder Henry Ford and the company’s executive chairman drove a “Wimbledon white” Mustang on stage for the unveiling. Afterwards he said, “It is an extremely limited edition, for our most diehard enthusiasts.The Mustang is a symbol of where Ford has been and it’s a vision of where we are going.” 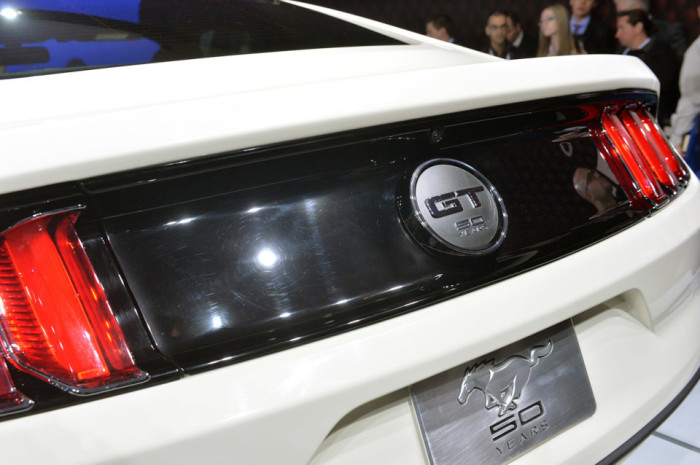 Under the hood, force behind the car is a 5.0 liter V8 engine that deliver 420 hp and 390 lbs of torque. Something diehard Mustang fans going to notice is the offer of Performance Package with an automatic gearbox, a first from Ford for the model.

Inside, the car features a cashmere-stitched, leather-wrapped steering wheel. The same cashmere stitching is also used on the instrument panel, shifter boot, center armrest, door inserts and seats. The seats feature exclusive two-tone cashmere and black leather upholstery, and the Mustang 50 Year logo on the seat backs. This edition also gets something other Mustangs don’t have, loop-carpet floor mats with cashmere stitching and suede binding.

Production of the special edition 2015 Ford Mustang will start later this year with this being one of the first models to leave the assembly line. Car is expected to go on sale this fall. Pricing information not released yet. 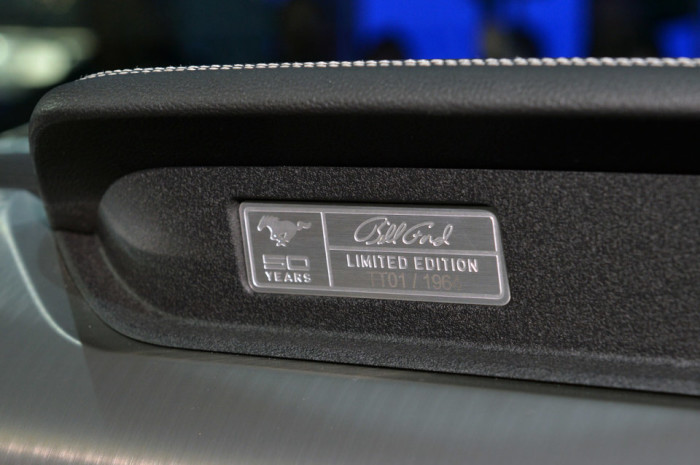 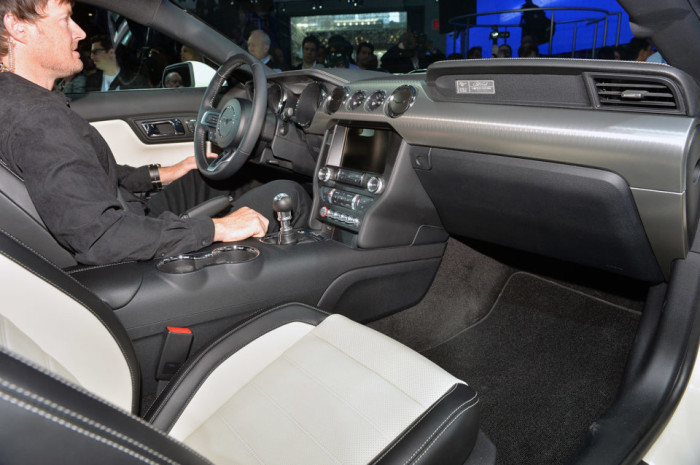 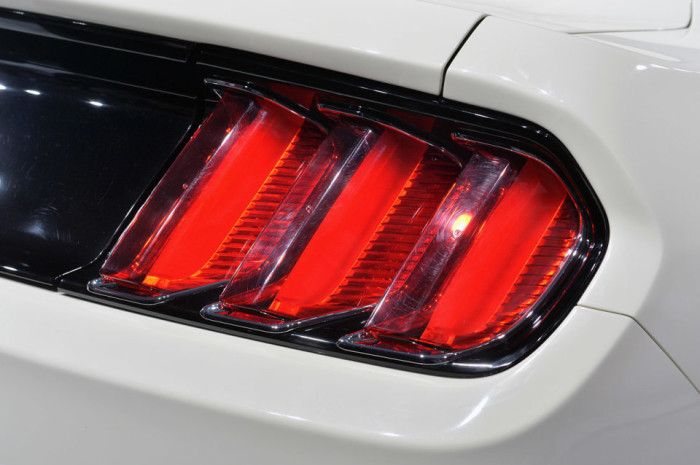 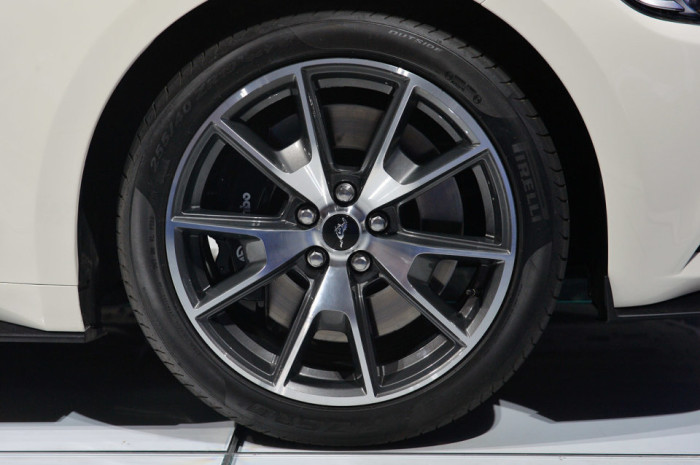 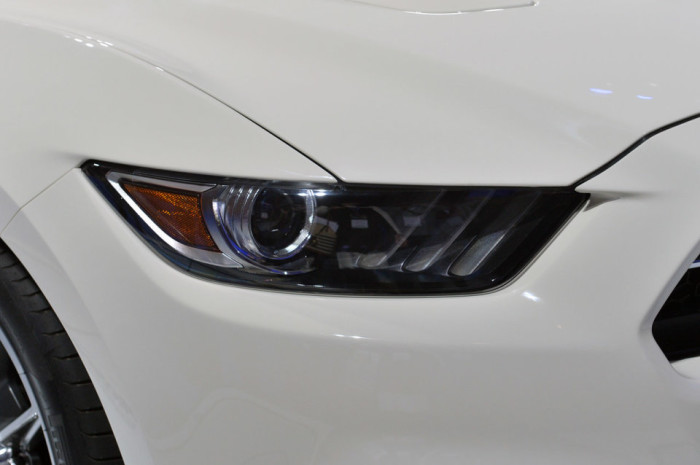 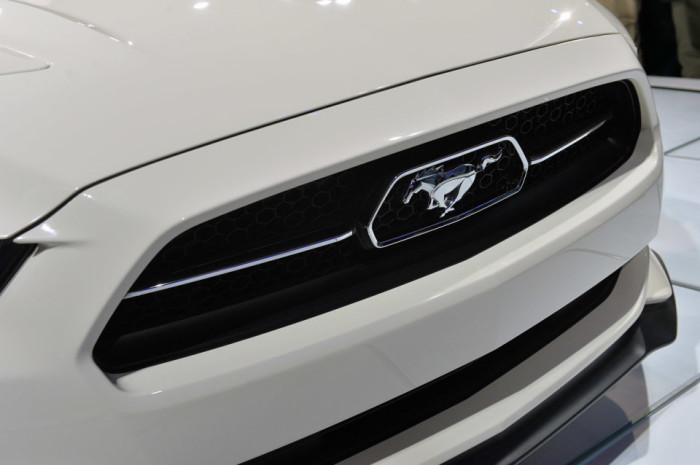 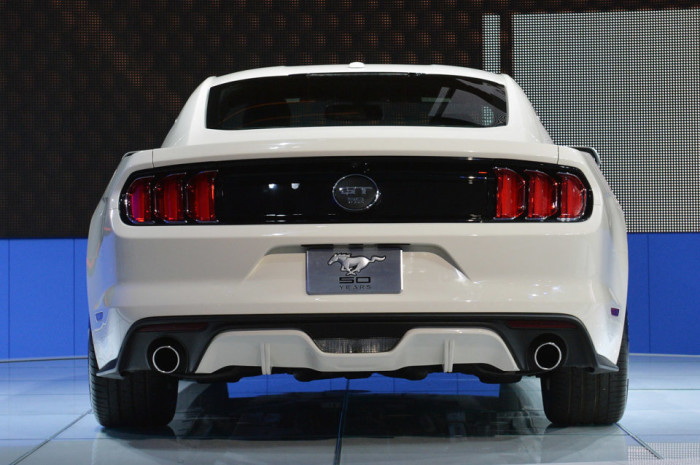 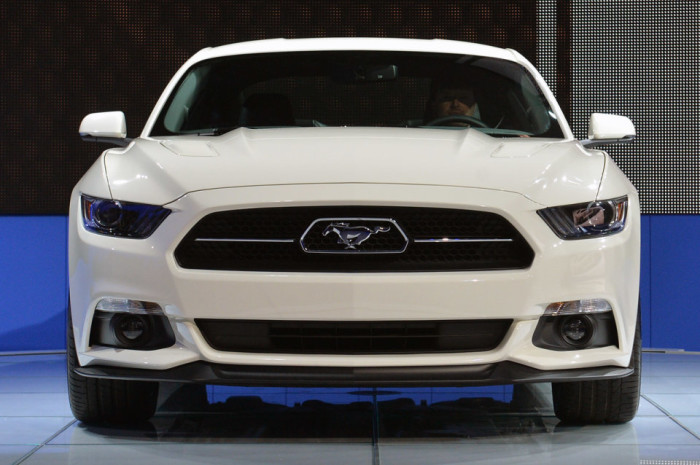 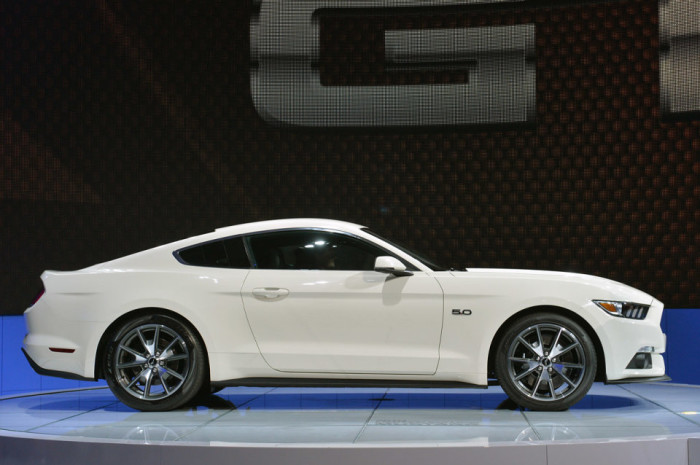 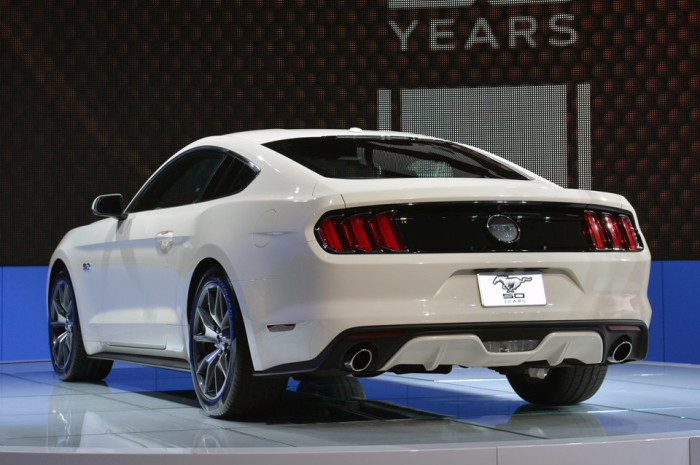 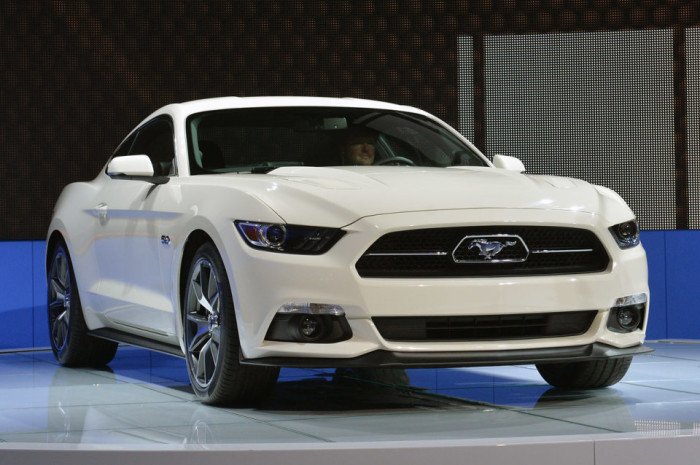 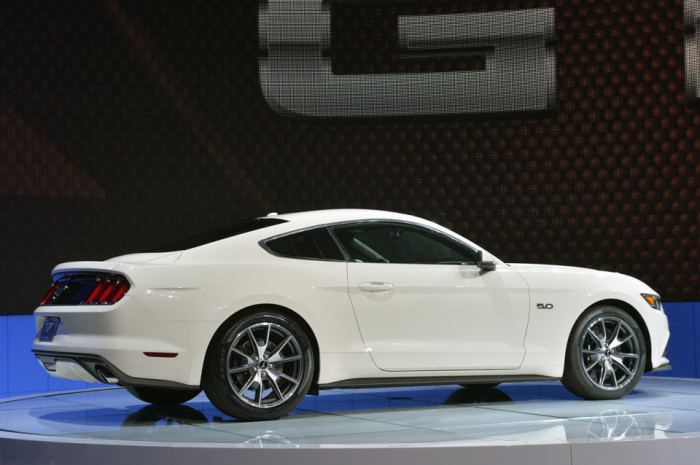 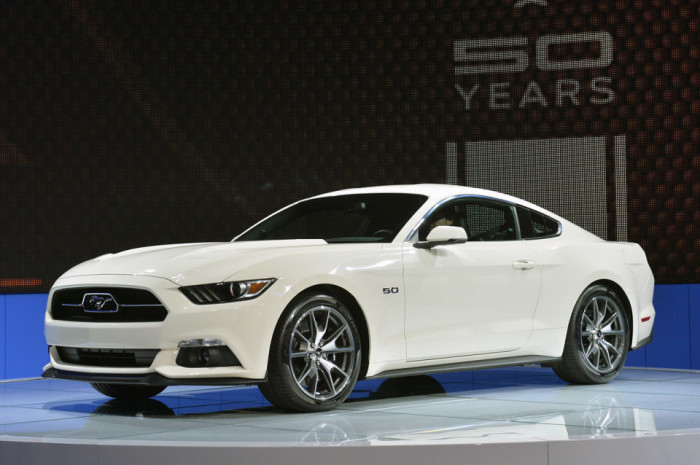 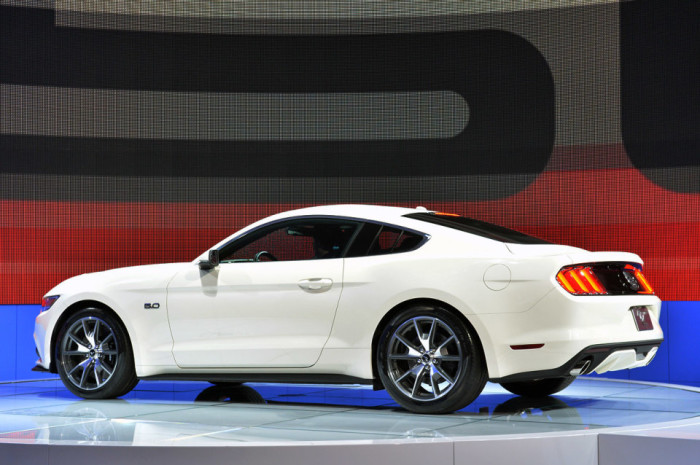