Majestic Bernadet – a motorcycle influenced by the art deco movement

Staying true to his affinity with the 1930’s ‘majestic’ motorcycle craze, Serge Bueno has restored an art deco-styled bike into a fully-functioning piece of rolling and raving art to be experienced by the millennials. 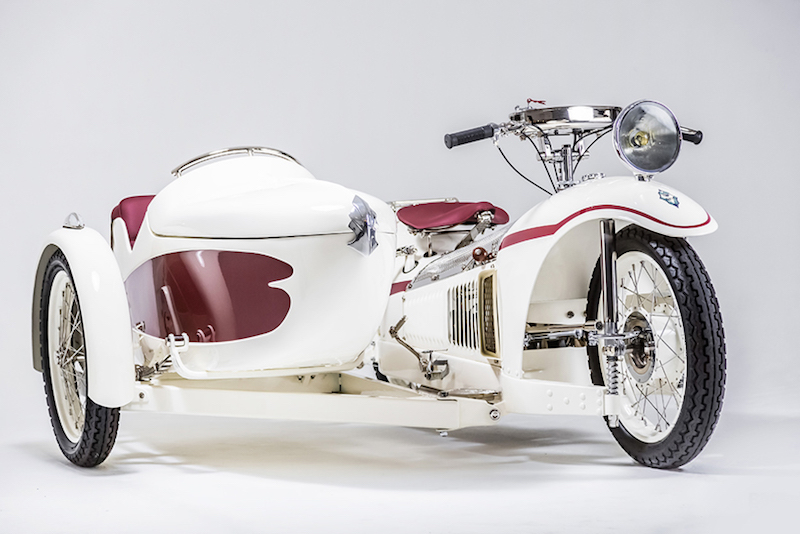 The ‘majestic’ was originally designed by Georges Roy, an engineer with a distaste for popular tubular frames of the time. Roy felt though popular, tubular frames flexed too much. So instead, he proposed creating the ‘majestic’ -a monocoque chassis with sheet steel, which also housed the drive train. The ‘majestic’ was first introduced at the 1929 Paris motor show and was one of the show’s highlights. Though put into production the following year, it found itself struggling for sales so the company’s operations quickly drew to a close in 1933.

Bueno, whose responsible for the Majestic’s modern revival has had the 1930 ‘majestic’ stored in his family for 30 years. When Bueno decided to restore the design two-wheeler, he had to commit himself to a long process in the heroes workshop. But his real test was in reconstructing the bike’s rusted bodywork. With no parts available from the manufacturer, Bueno only had photographs for references.

Now finally, owing to Bueno’s passion and effort the monocoque structure is reborn, looking just as sleek as when it first left the factory. In the new design, the French bike specialist Bernadet has been so thoughtful and creative as to include room for a companion for the rider, but not in the seat behind him bur in the charming sidecar beside it.