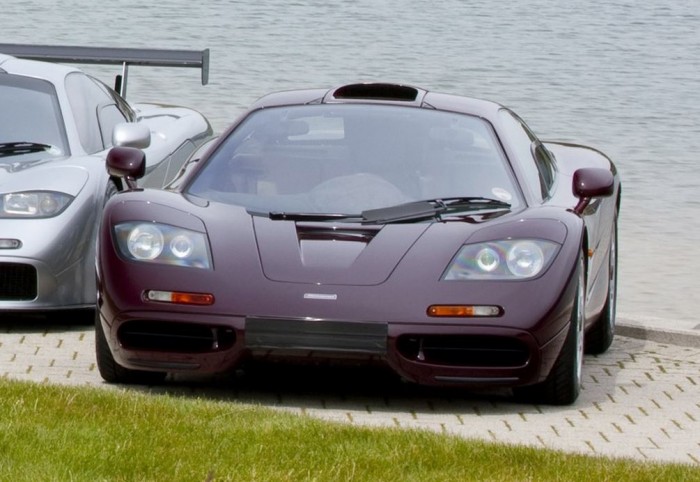 Actor Rowan Atkinson aka Mr. Bean crashed and burned his McLaren F1 supercar couple of times, the second accident cost the insurance company $1.4 million in repairs alone. It seems Atkinson had it enough with the car, because he has listed it with the London dealer Taylor & Crawley with a whopping £8 million or roughly $12 million asking price. Just so you know, Mr Bean paid only $810,000 to buy it.

The McLaren F1 is a limited edition with only 106 examples were made, out of that only 72 were built for the road. Atkinson bought it new in 1997, and he definitely enjoyed driving it, unlike most exotic cars this one has a 41,000 mileage reading.

David Clark, Owner of the Taylor & Crawley knows a thing or two about McLaren and the F1 car. At the time of F1’s launch he worked for McLaren, besides he owns a F1 too. As told by Clark to UK’s Western Morning News, the burgundy paint of the car is unique and not seen on another one. It also looks like a new car because of the work done after the 2011 accident.

This is one powerful super car, it held the top spot for top speed with 241 mph since its launch in 1994 until Bugatti Veyron entered the scene a decade later. The McLaren F1 is powered by a 6.1-liter V-12 engine with a 627 hp output. It can sprint from 0-62 in 3.2 seconds (Atkinson learnt this the hard way – twice!)