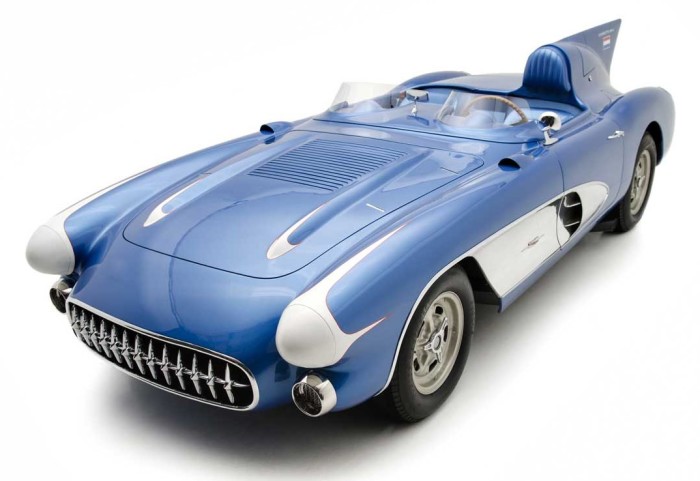 There is a rare Corvette up for grabs if you can spare $6.885 million of your money. The 1956 Corvette SR-0 Sebring Racer is the very first “purpose built” Corvette race car from GM. It was designed and built by father of the Corvette, Harley Earl, for his race loving son Jerome Earl. This 1956 built Corvette SR-0 is just one of three SR’s made by the automaker. Main reason for making this car was to offer competition for racing giants Ferrari, Jaguar, Porsche and Maserati at events like Le Mans.

The custom Corvette actually had two fathers, the other being the performance guru Zora Arkus-Duntov. The SR-2 had its styling and race modifications done at GM Styling Studio in Warren, Michigan, while rest of the production was completed at St. Louis plant. To make it suitable for racing, changes were made to include special windscreens for driver and passenger, a low fin adapted in the middle of the trunk, a lengthened front end, special side cove stainless steel and unique parking lamps. It also had special brakes and suspensions and screens for cool air to enter the screened backing plates of the front brakes.

In all more than 17 engineers worked around the clock to make the 1956 Corvette SR-0 Sebring Racer a realty. After its first race in June 1956 at the June Sprints at Road America in Elkhart Lake, the SR-2 received further upgrades that included a special 331 cubic inch (5.4-liter) fuel injection engine and an all-new 1957 four speed transmission. It also managed to shed 300 lbs of weight.

The 1956 Corvette SR-0 Sebring Racer is being offered for sale by Corvette Mike of Southern California. Prior to sale it will be displayed at Scottsdale Sport & Classic Autocars from January 12-14 during hours 12pm to 5pm. 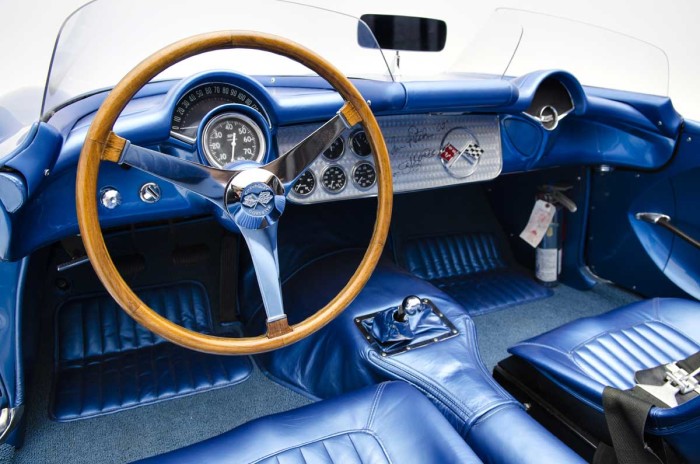 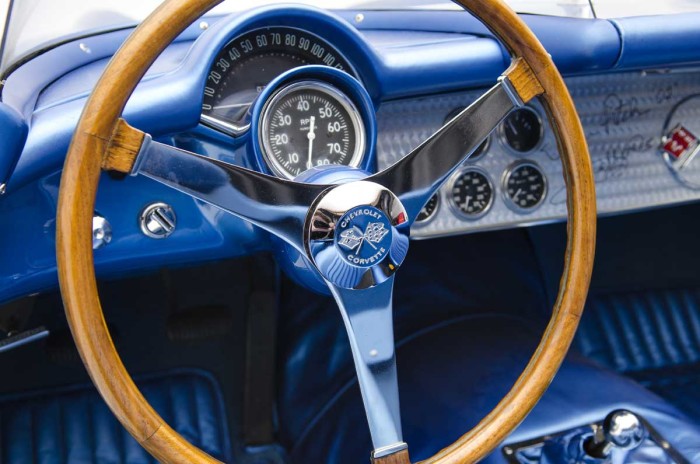 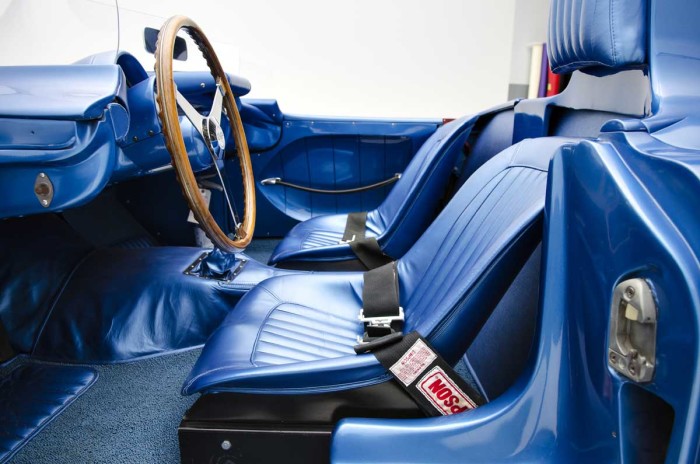 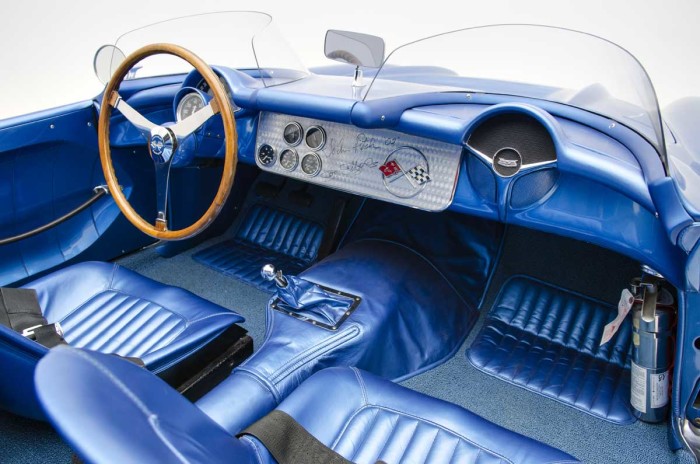 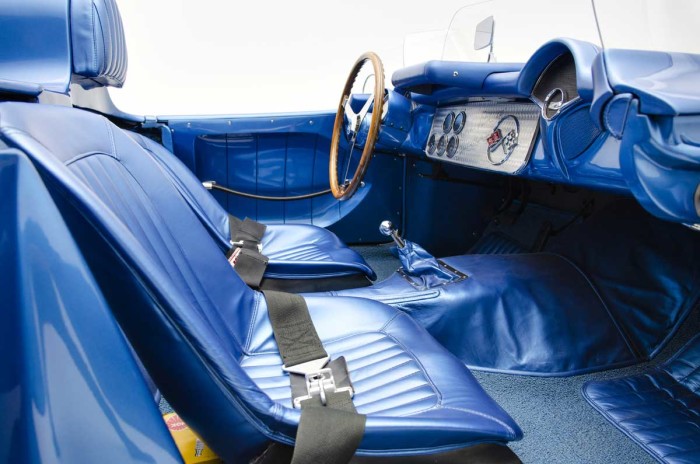 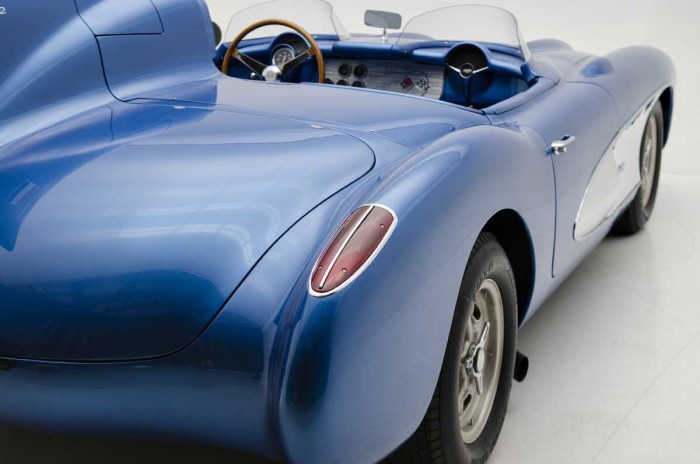 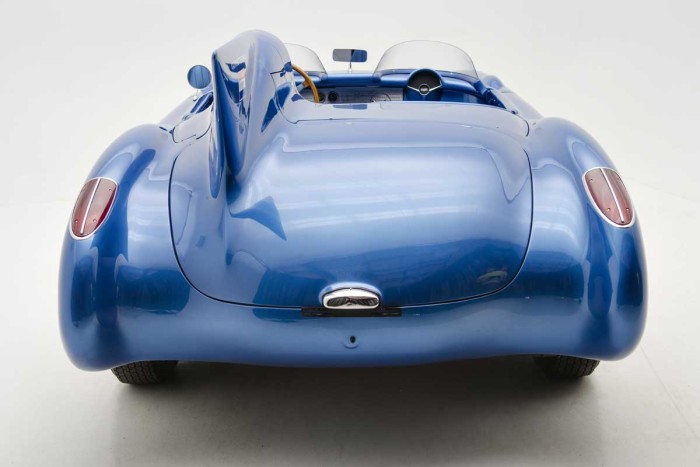 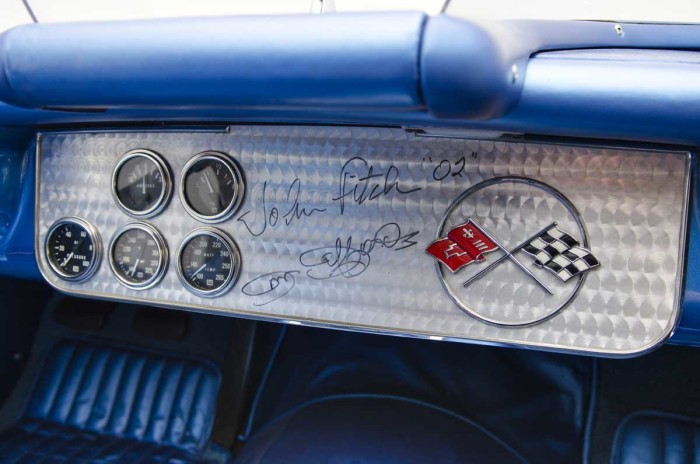 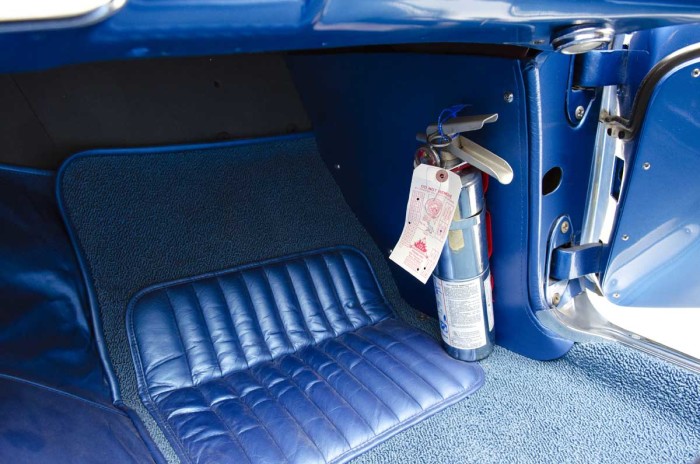 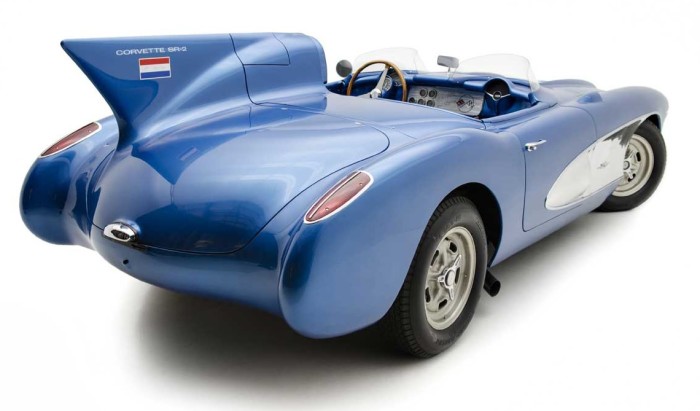 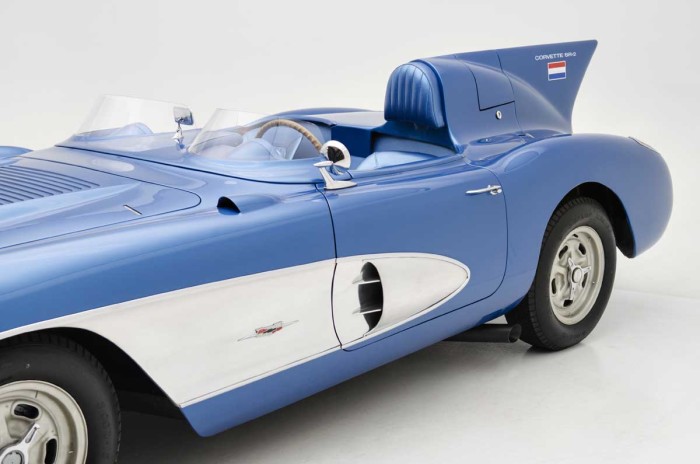 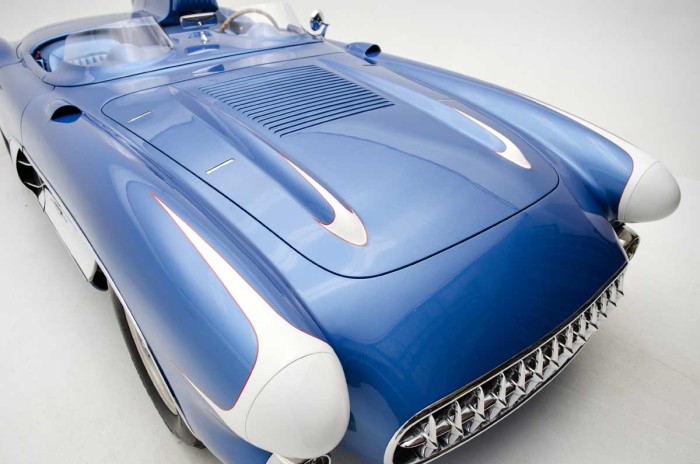 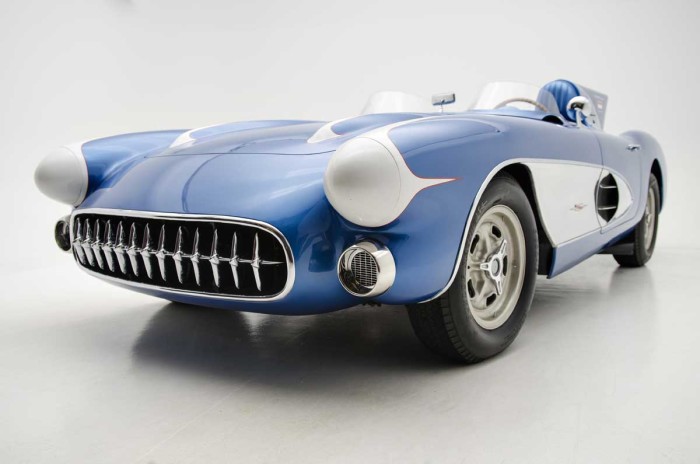