An Automobile Fit for a King or…. Wait For It… a Queen?

A 1950 Rolls-Royce Phantom IV State Landaulette, one of only 18 ever made and used by the British Royalty for over four decades is to be auctioned at the Goodwood Revival Sale on September 8.

Renowned auctioneer Bonhams is in charge of  Phantom IV’s auction. The sale will be part of a collection of eight eminent Rolls-Royce motors. It is estimated to fetch a price starting at £1 million going up to £2 million.

Used by the Queen and Duke of Edinburgh from the late 1950s, this 1950 Rolls-Royce Phantom IV State Landaulette, has been seen and photographed both in Britain and abroad during royal visits on important occasions during its forty years of service to the royal family. 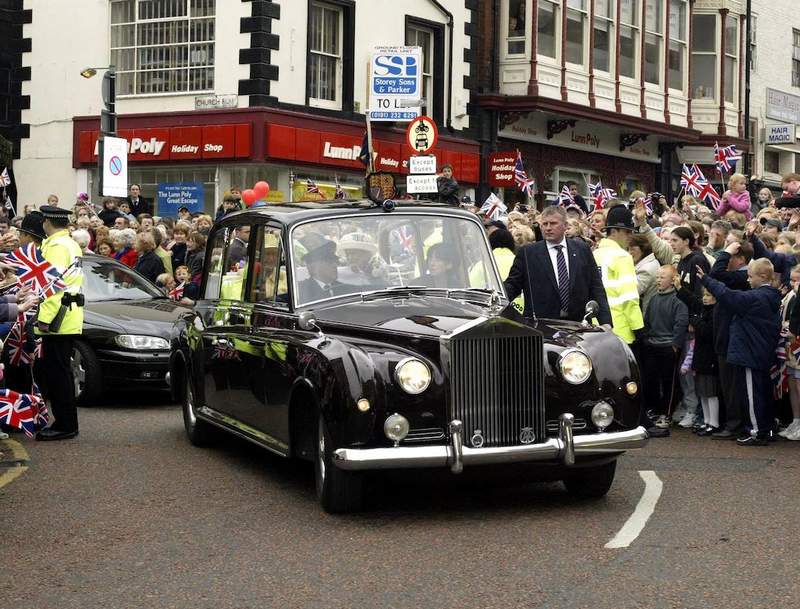 Some of the classic vintage features of this royal car on sale include enormous windows for maximum visibility, a pennant holder, and room for coat of arms of the door. Though the car only has an early version of air-conditioning and power-operated windows, other interior modifications to the car such as high seats and large windows provide a clear insight into the nature of the Royal family’s official duties and requirements. For example, the aforementioned high seats and large windows allow the public to catch a glimpse of the Queen and the other royalty as they are driven past. In terms of the exterior, at the back of the car is a tough perspex panel to heighten this very royal requirement of extra visibility and light. At the front, is a blue light above the windshield for emergencies.

This car on sale is nearly identical to the vehicle used to transport Meghan Markle to Windsor Castle for her May wedding to Prince Harry. The car used by Ms. Markle and her mother Doria as they travelled from their hotel to St George’s Chapel, was another of the 18 models built only for heads of state and VI public figures.

The sale of the car will also include number plates inscribed: RR1 and RRM1 described by the Rolls-Royce connoisseurs as the “holy grail of registrations for any true Rolls-Royce enthusiast”.