Rome wasn’t the only thing that wasn’t built in a day. It took Pagani full 7 years to plan, design, develop and produce this all-new Pagani Huayra Roadster. That means they started the process back in 2010 and finally managed to unveil it this year, a week ago. The Roadster is mostly based on their Huayra BC. After testing it around the world on roads as well as on racing circuits they found out that it can do 1.8G of lateral acceleration on street legal special tires – means this can go at breakneck speed. 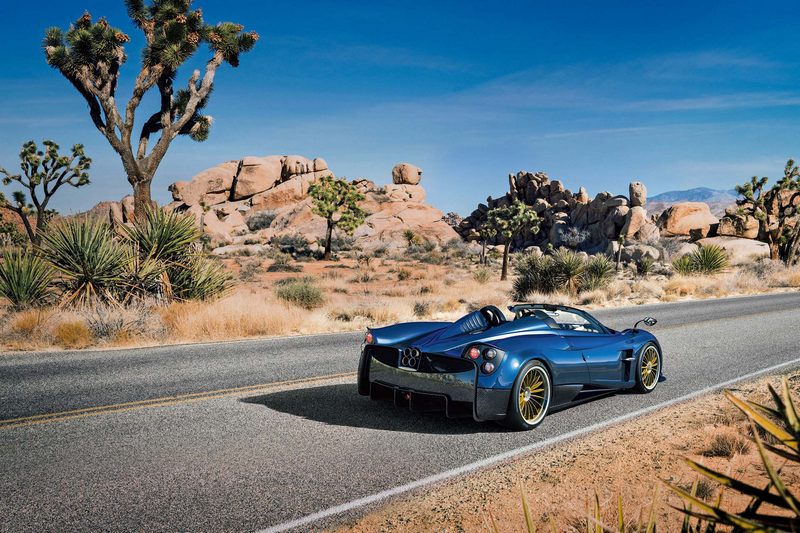 They have also worked to reduce the weight of the roadster and weighs lighter than the Huayra BC, but not at the expense of performance. They managed it by using a couple of new materials named Carbo-Titanium and Carbo-Triax HP52. This combination helped reduce the weight and increase stiffness – the result is a car that is 176 pounds lighter and 52 percent stiffer than the coupe. All in all, all that carbon weighs about 2,800 pounds. 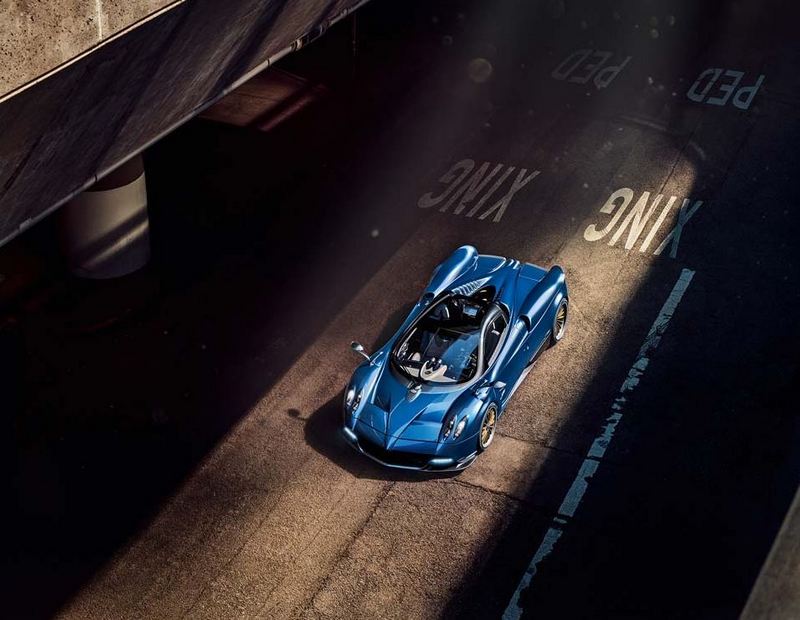 Once again it is a custom made for Pagani Mercedes-AMG engine that powers the new wheels. Their machine of choice is an M158 engine – a twin-turbocharged 6.0-liter V-12 that deliver 764 horsepower at 6200 RPM and around 740 pound-feet of torque at 2,400 rpm. There is a seven-speed Xtrac automated manual transmission to help run things smoothly. According to Xtrac, the carbon fiber made unit weighs 40 percent lighter than their standard dual-clutch gearbox – Pagani likes anything light weight. 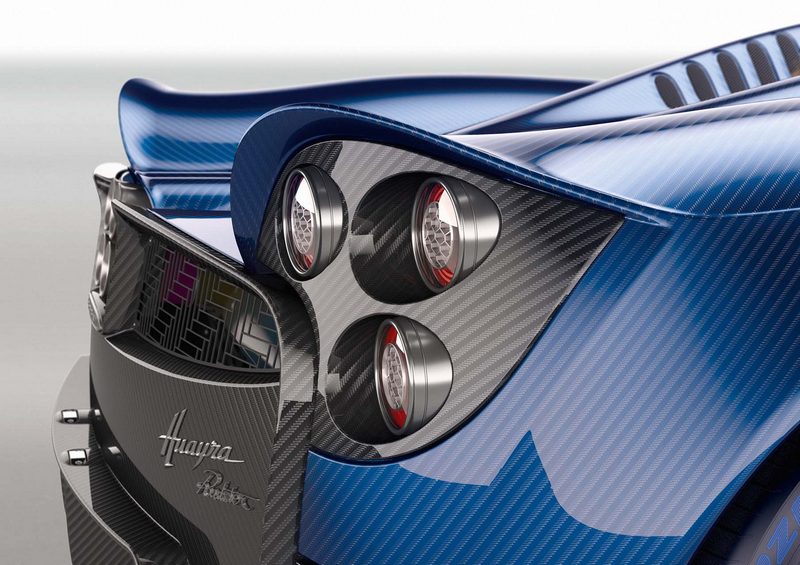 A fast supercar like this reliable brakes are a must and Pagani worked with Brembo to get what they need. The carbon ceramic made 15 inches rotors are fitted on front and rear, they are held by six-piston calipers on the front and four on the back. The Huayra Roadster has a suspension to be proud of – made from a light weight aluminium alloy, called HiForg, is a work of art that also help reduce the weight of the car overall. 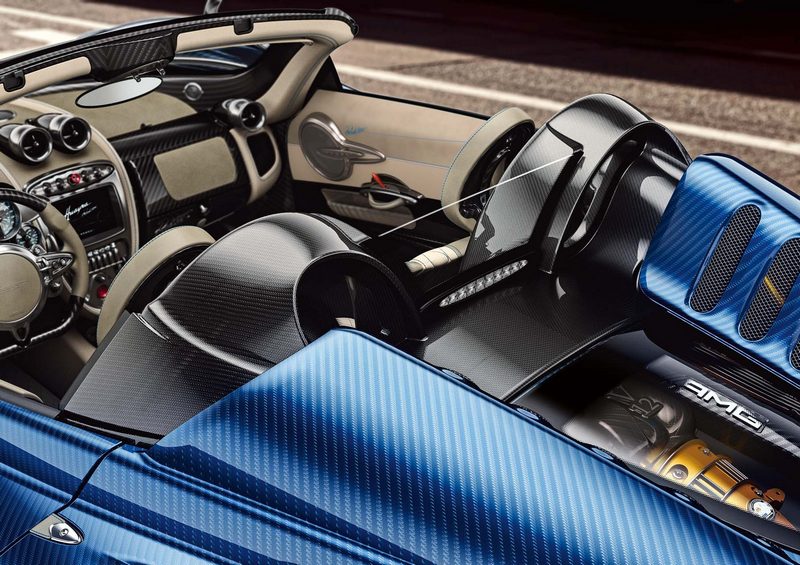 The tires responsible for 1.8G lateral force come specially made two sets of Pirelli tires named Pirelli P Zero Corsa and P Zero Trofeo R. Completing the ensemble is forged alloy wheels with tires that measure 21 inches in the rear and 20 inches in the front. 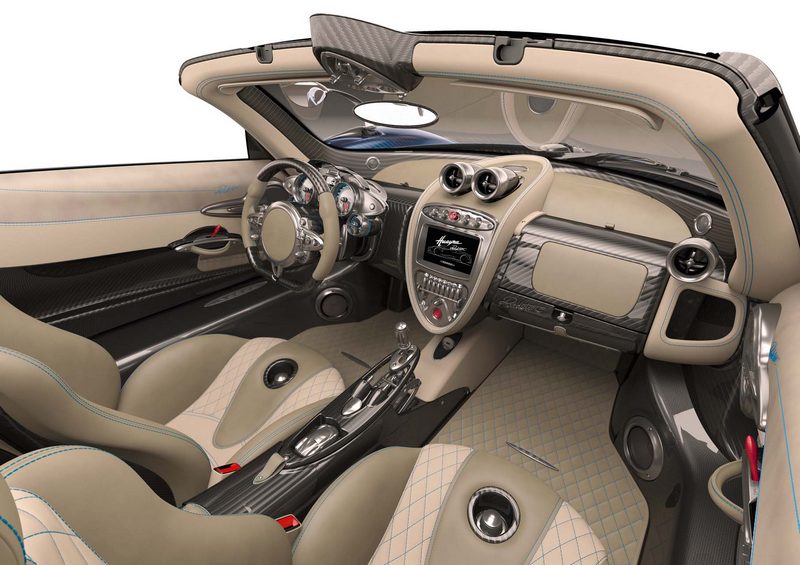 Inside as beautiful as the outside but we don’t have specs other than what we can observe from afar. Or we can take Pagani’s word for it as they described “unbridled work of art, intelligence, and open-air passion.” However, there is beige leather upholstery, blue stitching, more carbon fiber and an aluminum gear lever adding an extravagant look to it. The open roof has two options – a carbon fiber and glass roof, or a fabric one that can be stowed inside the car when not in use.

Well, Pagani is not in the mood to sell this for nothing. You are going to need $2.5million to buy one of the 100 examples of this limited edition Pagani Huayra Roadster. Scratch that, even if you had money you can’t buy one – each one of them have already been sold out.